After being left with nothing, UP graduate says poverty is a ‘hindrance to success’ 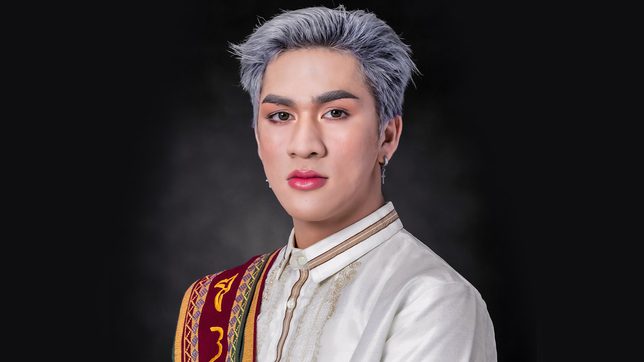 He’s not just another rags-to-riches story.

At 21 years old, Rene Principe graduated from the country’s premier state university with flying colors, but refused to glorify the “extreme poverty” he went through.

Principe shared online that the poverty everyone believes inspired him to pursue success is “the same poverty that hinders millions of Filipinos access to quality education.” His social media post on Facebook has gathered around 17,534 shares and 54,200 reactions as of writing.

“I refuse to be labeled as the cream of the crop, because I believe Filipinos should stand beside me in this victory, not behind me. I refuse to accept that attaining a college degree is as hard as passing through the eye of a needle; I believe with all my heart that education is a right, not a privilege,” he said in his post.

Principe, who is the son of a security guard and a vegetable and kakanin vendor, had big dreams of becoming an astronaut when he was only 8 years old. But despite his longing to pursue an education without roadblocks, extreme poverty made it difficult to persist.

Growing up, Principe would eat restaurant leftover scraps from strangers for every meal, while his classmates would enjoy fresh food. He relied on a candle lamp as his source of light for studying as a light bulb was a luxury his family could not afford.

Principe said they were “left with nothing” when they lost their home in Compostela Valley to a fire and had to migrate to Cagayan de Oro.

Adding insult to injury, Tropical Storm Sendong destroyed his family’s home in Cagayan de Oro, forcing them to live in a cramped evacuation center where the queue for food was long and the beds uncomfortable.

Even in college, Principe struggled to make ends meet. In an interview with Rappler, he shared that there were times when his scholarship allowance would get delayed by 3 months, forcing him to take part-time tutorial jobs just to be able to pay for his dorm’s rent and required materials for school.

(I would have to traverse through EDSA just to attend to my tutorial sessions right after my classes, then head back home to study.)

Advocating for ‘Queers in Science’

Despite these challenges, Principe found a passion for science that pushed him to press on.

Entering the field of Applied Physics in college was initially daunting to Principe, because  “being queer and being a scientist were alien concepts that’s always been unattainable.”

When he was in Cagayan de Oro, he shared that he never had the courage to embrace his Sexual Orientation and Gender Identity and Expression (SOGIE). Growing up, he recalled how some would mockingly limit the role of the LGBTQ+ in society to running a parlor.

When he entered college, however, UP became his safe space. He observed how the university promoted a culture of discourse that eventually allowed him to determine his SOGIE.

In UP, he found a community where students were given the liberty to express themselves however they wanted. Never was Principe discriminated on campus.

But he realized that this is not the case for thousands of other LGBTQ+ all over the Philippines.

Hoping to address the lack of representation in the science sector, he said, “Only a small percentage of our community dares to go there to begin with…. To be able to have an LGBTQ+ in the pool of great scientists can be motivation for all the kids out there who aspire to be scientists as well.”

Principe expressed that he did not want his success to be limited to a personal victory, but instead hoped that his accomplishments meant that the LGBTQ+ community has always had something to contribute to the field of science.

Victory an exception, not the norm

Despite the crushing blows he faced due to poverty and discrimination while growing up, Principe refuses to romanticize what he went through.

Having faced the same plight of millions of Filipinos living in poverty, Principe shared that his victory is “an exception but it is not the norm,” because of the real social, political, and economic conditions that aggravate inequality in the Philippines.

Principe will be working as a junior faculty instructor at the National Institute of Physics for the upcoming semester. With his job, he hopes to add representation to the pool of educators.

(We need to ensure that our educators will take more humane steps to cater to all students, especially those who are marginalized.)

“Ang kahirapan ay hindi sangkap, kundi isang malaking balakid sa kaunlaran. Isa ito sa pinakamahalagang aral na napulot ko sa unibersidad (Poverty is a huge hindrance to progress. This is one of the most important things I learned in UP),” he added.

Principe said that he doesn’t want his experience to be just another inspirational story to share.

“Let my victory inspire you. but most importantly, let it enrage you,” he said.

He also challenged Filipinos to express their rage over the growing divide between the rich and the poor.