#StoryOfTheNation: What do health workers think of our country’s health system? 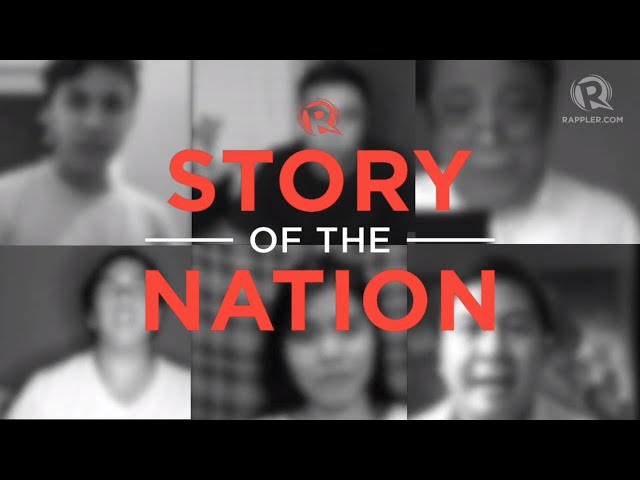 Facebook Twitter Copy URL
Copied
Healthcare workers and medical students call for a reevaluation of the Philippines’ system for coronavirus pandemic response, and the health care system in general

As the country’s reported COVID-19 cases breach 143,000 as of Wednesday, August 12, the Philippines now sits at the center of the pandemic in Southeast Asia.

Despite having the world’s longest lockdown – exceeding those implemented in Wuhan, China – the country has yet to flatten the curve of infections. The well-worn narrative of Filipinos being ‘pasaway’ has also been debunked as studies show 91% of the country is obeying the wearing of masks when outside.

Experts predict cases to reach 150,000 by the end of August, but the projection is seen to be fulfilled days before the month ends. A change in the tackling of the virus not only seems apt, but absolutely necessary. Physician Dr. Leonard Javier said, “It’s time, panahon na para baguhin natin ang system of pandemic response na meron tayo, and in turn, ang buong health system natin, actually, na sobrang flawed na”.

(It’s time. It’s time to change the system of pandemic response that we have in place and, in turn, our entire health system, which is very flawed as it stands today)

While a two-week enhanced community quarantine has been implemented for Metro Manila and nearby provinces, frontliners still faced criticism for their letter addressed to the government.

The letter, signed by 80 groups representing 80,000 doctors and a million nurses, called for a ‘time out’ and reevaluation of the country’s pandemic strategy. This was deemed a ‘revolution’ by Duterte. (READ: Piqued Duterte taunts doctors to mount ‘revolution’ against him)

The ‘modern-day heroes’ reiterated their letter was not a ‘revolt,’ but rather a plea for support in a time where healthcare workers are going through tough, uncharted waters. Dr. Geneve Rivera-Reyes calls the government’s reaction to a form of ‘gaslighting’ and reiterates the conversation was brought up “in good faith.”

The uncertainty and distrust in the Philippine healthcare system grow as PhilHealth’s former anti-fraud officer says around P15 billion may have been pocketed by agency executives through fraudulent schemes.

“Every year, we hear news about corruption within PhilHealth. Therefore, the question now isn’t ‘Who should be in charge of PhilHealth’, rather, ‘Why does it continue being a nest of corruption?’ and ‘Why does PhilHealth exist?”

Despite criticism from government officials, healthcare frontliners and those aspiring to join the workforce continue to do their duty and remain hopeful amid the challenging times.

Nursing student Kyla Castro admits the pandemic has made her see difficulties within her aspired profession she did not realize before, but she “can’t turn a blind eye and change the profession [she] long[s] to have just for the sole purpose of fear”. – Rappler.com