[Webinar] Caught in the act: Filipino diplomats as abusive employers 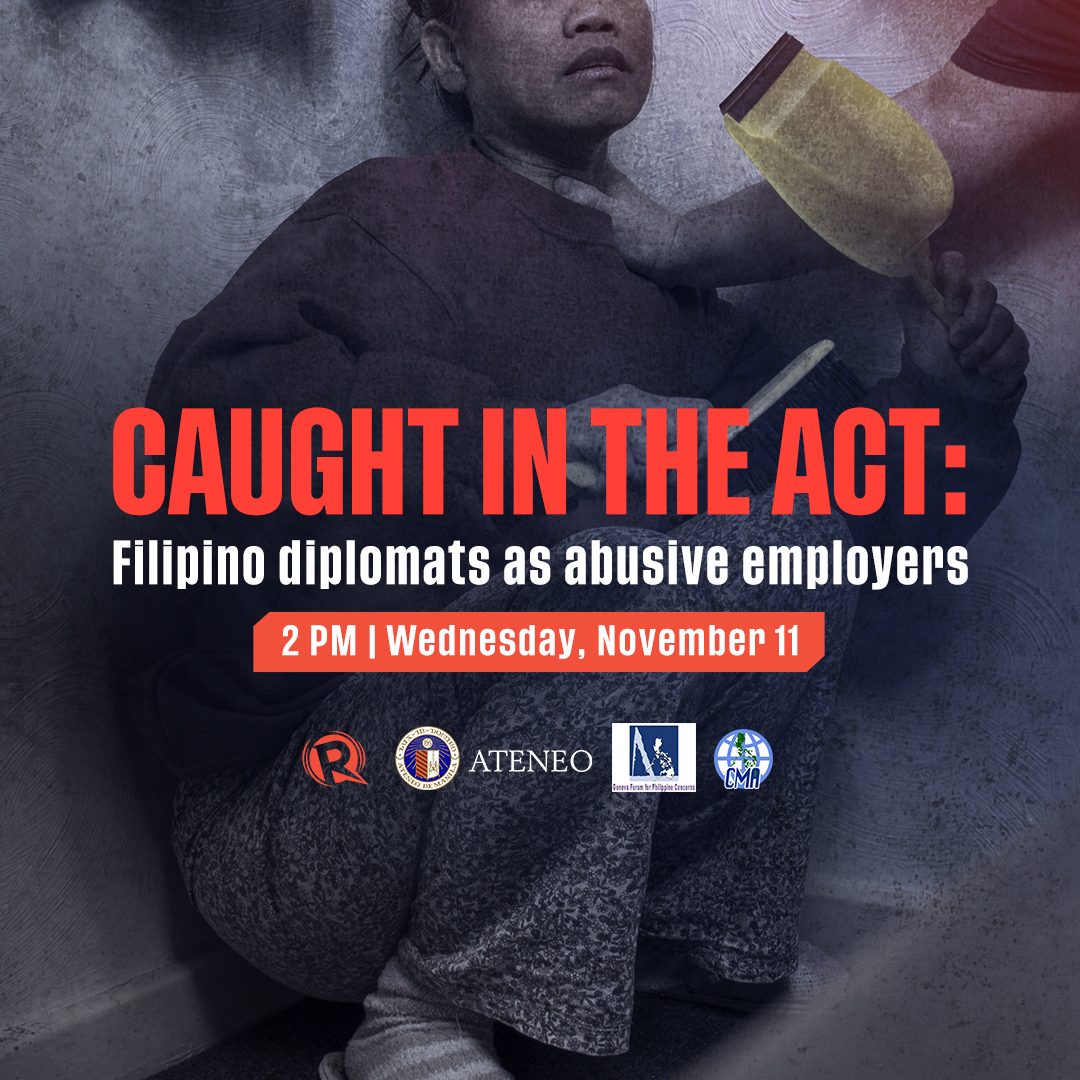 Facebook Twitter Copy URL
Copied
What is there to know about the phenomenon of abuse of overseas workers by Filipino diplomats? How can we hold abusive diplomats accountable?

The viral video, initially released by Brazilian news outlet GloboNews, showed Mauro either striking or grabbing her household staff by the hair. Dates on the CCTV footage listed the incidents taking place in March, August, and twice in October this year.

The Department of Foreign Affairs (DFA) promised to act on the Philippine envoy’s maltreatment of her household staff. It also prompted the agency to review its policy of allowing Filipino diplomats to bring Filipino domestic helpers abroad, instead of hiring locally.

What is there to know about the phenomenon of abuse of overseas workers by Filipino diplomats? How can we provide remedies for them in instances of abuse? More importantly, how can we hold abusive diplomats accountable and prevent future abuses from recurring?

During the webinar, CMA’s Ellene Sana will be jumpstarting the discussion by presenting data on experiences of abuse of domestic workers by Filipino diplomats. This will be followed by Joseph Sycip, the chairperson of the Geneva forum for Philippine concerns and Jean Pierre Garbade, a legal counsel for 3 cases of OFWs in Geneva. They will be sharing case studies on how abusive diplomats were held accountable in the past.

To set the tone for discussing possible remedies for overseas Filipino workers, Oliver John Quintana and Maria Elyssa Jayme-Lao of the ADMU working group on migration will share their insights on the policy environment surrounding these abuses.

The presentations will be followed by an open forum, to be moderated by Carmel Abao of the ADMU working group on migration.

Join the webinar by signing up below or visiting this link: