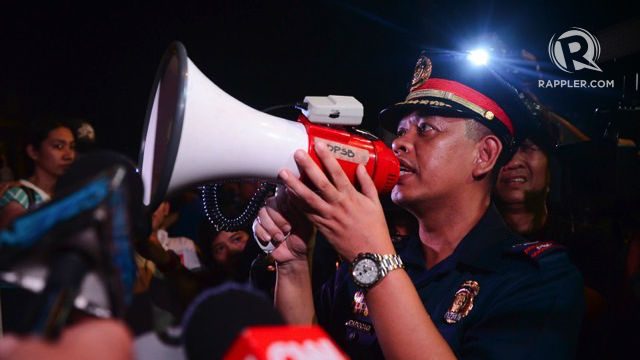 MANILA, Philippines (2nd UPDATE) – Police on Friday morning, July 24, ruled out any case of abduction in a compound owned by the Iglesia ni Cristo (INC) in Tandang Sora, Quezon City.

Pagdilao said this was based on their monitoring and assessment, and a supposed conversation with Angel Manalo, the brother of INC executive minister Eduardo Manalo.

In an interview with reporters, Angel also denied he was abducted.

When asked if he was held hostage, he said, ““Hindi ko po sinabi. Mayroon pong batang nagbibiro.” (I didn’t say that. There was a kid who was fooling around.)

Still, Angel slammed the alleged corruption within the INC. 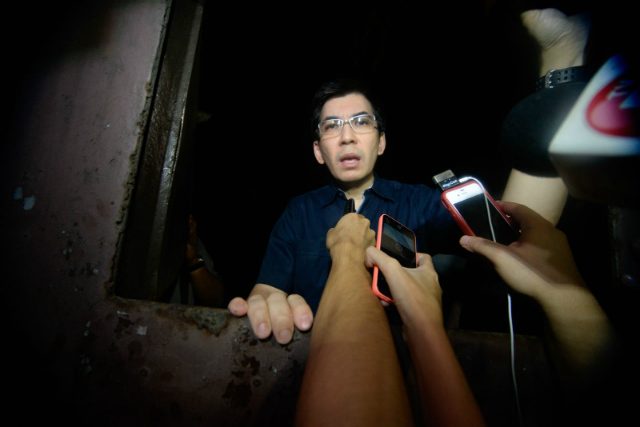 This comes after the INC, close to midnight on Friday, allowed police to enter its Tandang Sora compound to check allegations of abduction.

INC spokesman Edwil Zabala, however, said that while the INC is allowing police to enter the INC-owned compound, INC officials don’t have control over the gate.

This is because the gate is assigned to a particular family as a residential unit. This means opening the gate is up to the family.

In the end the cops weren’t able to enter the compound.

Police trooped to the Tandang Sora compound past 11 pm on Thursday, July 23, to verify claims that the INC is holding a number of ministers under house arrest.

Earlier on Thursday, between 11 am and 12 noon, a sign was flashed by persons inside the compound that read, “Tulong, hostage kami.” (Help, we are hostages.) – Rappler.com