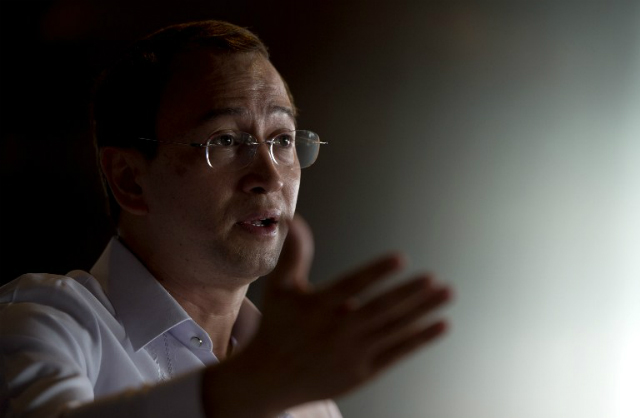 MANILA, Philippines – The Iglesia ni Cristo (INC) on Saturday, July 25, said it is considering filing a case against its critics, as it vowed to challenge its accusers “in the proper forum.”
Speaking to Rappler, INC spokesman Bro Edwil Zabala said filing a case in court is “one of the options” mulled by the INC to face serious charges being hurled against it.
He said the INC will reach a final decision on this any time beginning Monday, July 27, when the INC marks its 101st anniversary.
“Sa Lunes, tuluy-tuloy sa mga darating pang mga araw, depende sa ipapasya ng pamamahala ng Iglesia ni Cristo, ay saka dadalhin doon sa pinakatamang paraan at pinakatamang lugar kung saan maaaring mapalitaw ‘yung katotohanan,” Zabala said.
(On Monday and in the coming days, depending on the decision of the officials of the Iglesia ni Cristo, we will bring this to the most proper venue where we can bring out the truth.)
When asked if he means bringing the issue to court, he said, “Maaari nating sabihing isa ‘yon sa options na ibinibigay.” (We can say that’s one of the options being given.)
Zabala explained: “Saan ba natin karaniwang hinaharap ang halimbawa ay paratang? Kung ano yung mga naaayon sa isinasaad ng kagandang asal at saka ng batas ay doon ito haharapin ng Iglesia ni Cristo.”
(Where do we normally face accusations, for instance? Whatever is dictated by good manners as well as the law, that is where the Iglesia ni Cristo will face these.)
“We will make use of all options given to us,” he added.
Present evidence
The INC spokesman, however, said he cannot identify the persons whom the INC could possibly sue. He stressed that the INC has not reached a final decision on this.
Zabala then dared critics to present their evidence against the INC. “‘Pag walang itinindig ang isang panig, ano ang bubuwagin ng kabilang panig?” (If one side doesn’t have a stance, what will the other side demolish?)
He said the INC will face their accusations “in the proper forum.”
“Pero kung sweeping statements, innuendoes, o kaya accusations but not backed up by evidence, ang posisyon ng Iglesia eh, papa’no sasagot ang Iglesia?” (But if it’s all sweeping statements, innuendos, or accusations but not backed up by evidence, the position of the Iglesia is, how will the Iglesia answer these?)
In any case, he said the INC “does not condone wrongdoing.”
Crisis amid anniversary
This comes as the INC faces its worst crisis in decades. 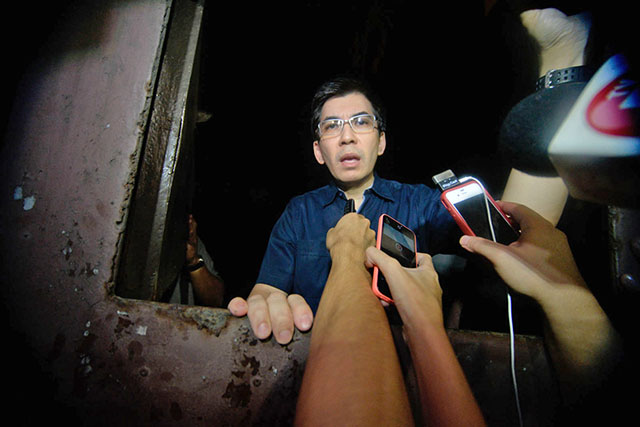 For the first time, family members of the INC head himself, Eduardo Manalo, exposed the alleged corruption within the 100-year-old church. They also revealed the supposed abduction of INC ministers who have been critical of the group’s hierarchy.

His family members’ statements prompted Manalo, in an unprecedented move, to expel his own mother and brother from the group. Zabala said the INC can re-admit Angel and Tenny Manalo, but only if they pledge obedience.

Incidentally, the INC also marks its 101st anniversary on Monday.

The INC, whose name in English is “Church of Christ,” is a century-old church registered in the Philippines by Felix Manalo on July 27, 1914.

From a dozen members, the INC’s membership has now grown to around 2.25 million. This is, as of 2010, almost near the 2.7-million strong population of Quezon City, the Philippines’ former capital that is now the country’s most populated city.

While 8 out of 10 Filipinos belong to the Catholic Church, the INC remains a politically influential group. (READ: INC: From rag-rag sect to influential wheeler-dealer) Politicians court the INC because it practices bloc voting, or electing only the set of leaders prescribed by church leaders. The church, as of 2013, has around 1.37 million voters.