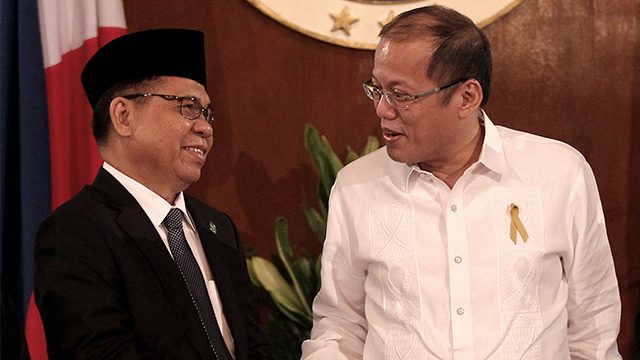 “We are expecting the president will reiterate his commitment to support the passage of the undiluted Bangsamoro Basic Law (BBL),” Murad told reporters on Saturday, July 25, inside Camp Darapanan in Maguindanao.

“We hope that through his SONA he could enlighten more those who are still opposing the Bangsamoro Basic Law as submitted to Congress,” said Murad during the interview organized by the Mindanao Media Forum.

The BBL is meant to create a new Bangsamoro entity that will replace the Autonomous Region in Muslim Mindanao (ARMM). (WATCH: #HearMindanao: Why we should talk peace?)

The Senate has yet to draft a new timeline to tackle BBL in plenary although Senate President Franklin Drilon vowed it will be among the measures they will prioritize in the next 6 months before the 2016 election fever kicks in.

Senator Ferdinand Marcos Jr, chairman of the Senate committee on local government, is expected to submit his report on the BBL in the first week of August.

Drilon said they will draft the timeline after his submission.

The BBL appeared to be on its way to be passed in March 2015 when it was derailed two months earlier by deadly clashes in Mamasapano, Maguindanao resulting from the bungled operation of the police Special Action Force (SAF).

Lawmakers who were previously supportive of the BBL withdrew their support.