No mention of Mamasapano, SAF 44 in Aquino’s last SONA MANILA, Philippines (UPDATED) – There were numerous mentions of the gains that the Philippine National Police (PNP) made under his administration, but in President Benigno Aquino III’s last State of the Nation Address (SONA), there was nary a mention of a bloody police operation that claimed the lives of more than 60 Filipinos.

In a speech that ran for more than an hour, President Benigno Aquino III highlighted the neutralization of top terrorists Abdul Basit Usman and Zulkifli bin Hir (alias “Marwan”) but not of the operation that targetted them, “Oplan Exodus.”

Sources close to the Palace earlier told Rappler that Exodus, the bloodiest one-day operation in PNP history to date, would not be part of Aquino’s Monday, July 27 SONA. 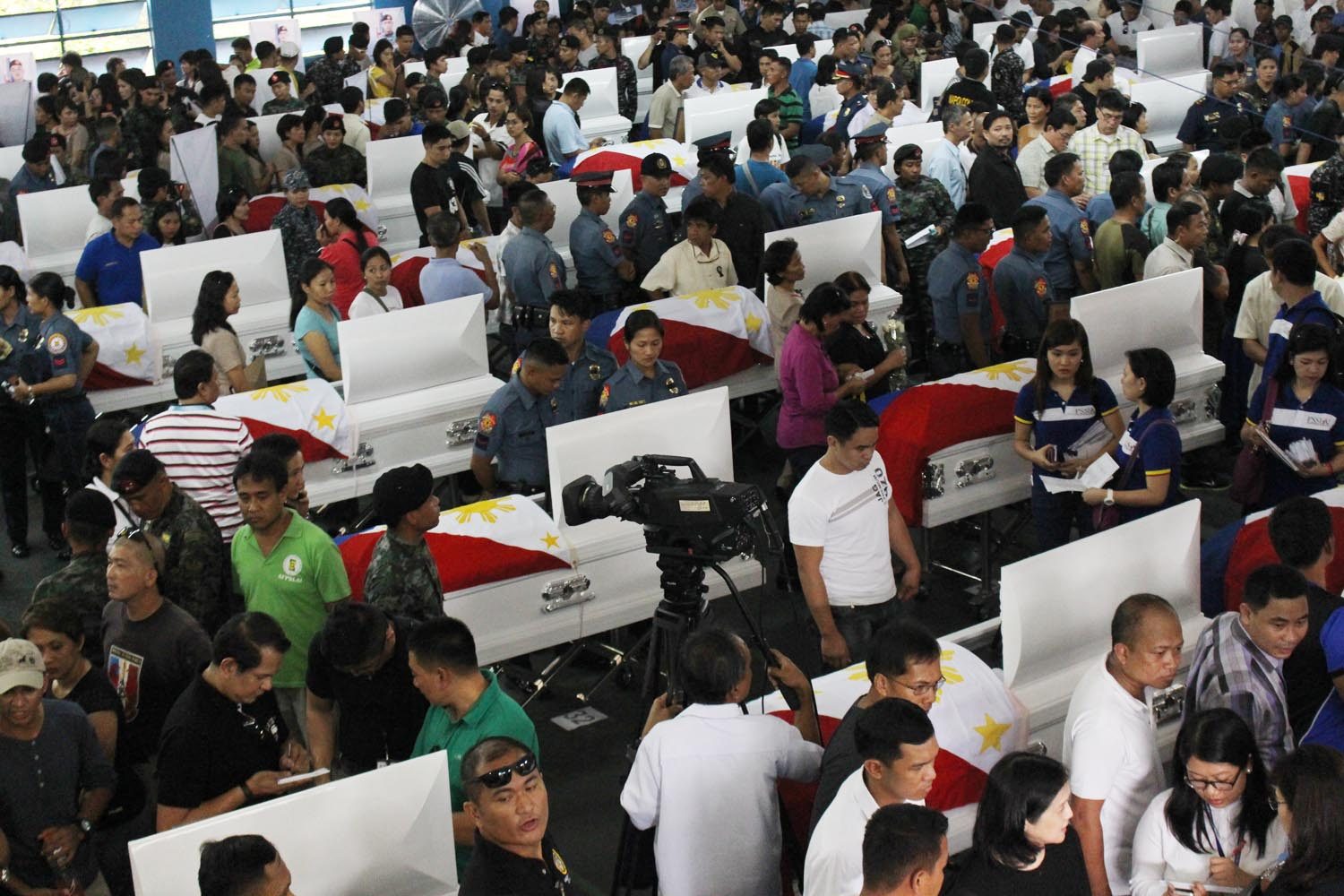 “Oplan Exodus,” which saw close to 400 SAF troopers enter Mamasapano town in Maguindanao, was one of the Aquino administration’s lowest points in 2015.

The President’s popularity and trust ratings dipped in the aftermath of the operation, which was so top secret, it kept out of the loop the head of the PNP and interior secretary Manuel Roxas II.

In contrast, Aquino allowed his friend, former PNP chief Alan Purisima, to sit in briefings and to be looped in througout the operation.

Purisima then was on preventive suspension over a graft case. He resigned following the backlash of Mamasapano and, months later, was dismissed by the Ombudsman over the same case.

Aquino, according to an independent investigative body in the PNP, “bypassed” the chain of command in directly communicating with a mere 2-star general, the SAF director.

The non-mention of SAF 44 in his SONA didn’t come as a surprise. Aquino dodged mention of “Oplan Exodus” at a recent Philippine National Police (PNP) event and had earlier said his last discussion of the controversial circumstances surrounding the operation – including the extent of his involvement – would be during the 2015 Philippine National Police Academy (PNPA) commencement exercises.

He hit critics of the BBL whom he said couldn’t offer alternatives, and, failing thus, were only ensuring that peace wouldn’t be achieved in Mindanao.

The BBL, which would have a paved the way for a new Bangsamoro entity that would replace the Autonomous Region in Muslim Mindanao, lost public support in the aftermath of the doomed ‘Oplan Exodus.” The PNP Special Action Force (SAF)-led operation was launched to take down two top terrorists.

But on the morning of January 25, two PNP SAF companies found themselves trapped in Mamasapano, Maguindanao, a traditional stronghold of Muslim rebels. At least 5 civilians, 17 Moro Islamic Liberation Front fighters, and 44 SAF troopers died in Mamasapano.