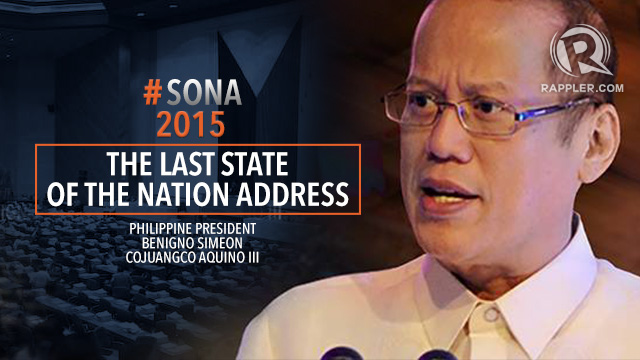 MANILA, Philippines – President Benigno Aquino III will his deliver his 6th and last State of the Nation Address (SONA) at 4 pm on Monday, July 27.

You can monitor Rappler’s full coverage of the SONA via our SONA 2015 microsite.

The microsite will feature highlights of the SONA as the President speaks. It also features background stories on the administration’s performance in the past years and how the president fared against previous promises.

Tell the President how you feel about his 6th SONA by voting on each highlight using Rappler’s SONA Mood meter.

Use the hashtag #SONA2015 to join the conversation on social media.