SONA 2015: The state of agriculture, fisheries under Aquino

Jul 27, 2015 12:45 PM PHT
Pia Ranada
Facebook Twitter Copy URL
Copied
Before his last State of the Nation Address, we take a look at the gains and failures in the agricultural and fisheries sector under President Aquino 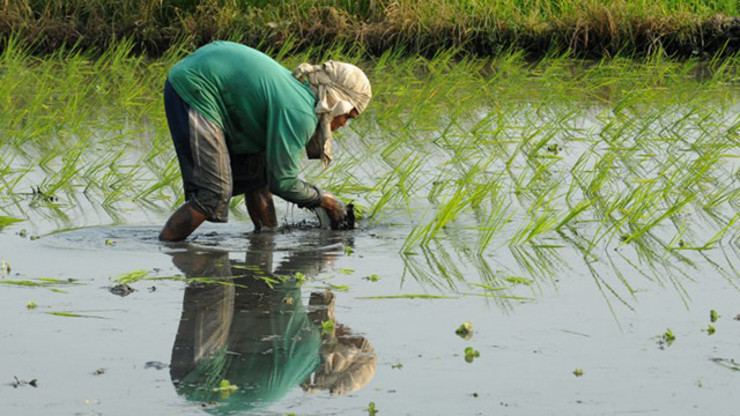 MANILA, Philippines (UPDATED) – What has President Benigno Aquino III done for the agricultural and fisheries sector during his years in power?

The two sectors made notable leaps, breaking records in rice production and introducing stricter laws against illegal fishing, for example.

But agriculture officials were also besieged by allegations of corruption, prompting the resignation of some officials.

A major shake-up came in the form of an appointment of a new agriculture official. Former senator Francis “Kiko” Pangilinan was made Presidential Assistant for Food Security and Agricultural Modernization, transferring 4 agencies from the Department of Agriculture (DA) to his jurisdiction.

Natural forces also played their part. In 2013, the agricultural and fisheries sector took a hit from Super Typhoon Yolanda (international name Haiyan), destroying millions of pesos in crops and putting on hold the livelihood of millions of Filipinos.

The last 5 years of the Aquino administration broke records in terms of budget allocated for the agricultural sector. From 2011 to 2015, the DA was given a total of P339 billion. The budget is equal to the entire agri budgets of Ramos, Estrada and Arroyo administrations. (READ: Full text of Aquino’s 6th SONA)

The latest irrigation facilities to be turned over by the agency will irrigate 124,633 hectares, benefiting 48,234 farmers. This is much larger than the entire 2012 target of the agency – 81,170 hectares. That year, President Aquino scolded NIA for poor performance.

With financial assistance from the World Bank, the DA is currently constructing 213 kilometers of farm-to-market roads. Of these, 11% are half-way or more than half-way complete.

This is aside from 840 kilometers of FMRs that are about to be constructed after being issued No Objection Letters to proceed with procurement and awarding to contractors.

Alcala previously said he aims to build 25 to 30 trading centers by the end of Aquino’s term.

His trading centers aim to be a depot where farmers can bring their crops and sell directly to customers, instead of having to go through middlemen which effectively reduces their profits. The trading centers are supposed to be complemented by farm-to-market roads.

Despite this improved ability of Filipino farmers to provide for the country’s rice needs, the National Food Authority (NFA) continues to import large volumes of rice from Vietnam and Thailand. The DA says this is to provide buffer stock in case of emergency rice needs and to keep rice prices down.

Its rice importation program for 2015 will have the country importing almost 2 million metric tons. They say this is to prepare for the projected slump in rice production due to the dry spell caused by this year’s El Niño phenomenon.

The country is able to produce more corn and high-value crops, according to data from the Philippine Statistics Authority (PSA). Corn production volume grew by 21.86% from 2010 to 2014. The value of corn also increased by 44.38%.

Meanwhile, the economic gains from high-value crops like coconut, sugarcane, banana, mango, livestock, poultry, and fish have also risen. From a total production value of P9 trillion in 2010, production value of all these crops increased to P1.25 trillion – a 28% increase.

The increased crop production and value of these crops in the market has improved the income of farmers, attests PSA data.

Under the Aquino government, 1.1 million coconut trees in the Calabarzon region in Luzon and parts of Basilan in Mindanao were damaged by a coconut scale insect infestation. Aquino created a task force under the Philippine Coconut Authority (PCA) to deal with the outbreak.

In February, the PCA announced the outbreak was brought to a “manageable” level.  In affected trees, infestation was said to have been reduced by 90%. Fifty-eight hotspots for the pest was brought down to 9. 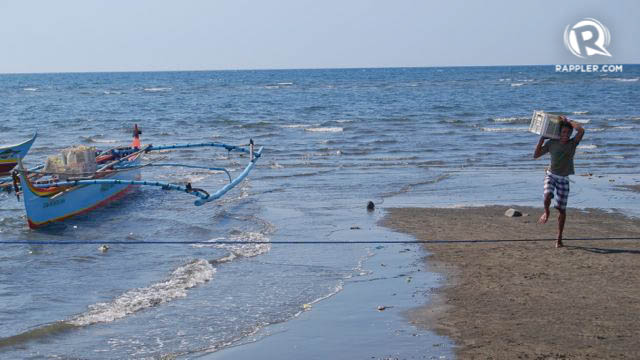 As of July 24, more than 1.5 million municipal fisherfolk have registered under the Bureau of Fisheries and Aquatic Resources.

The registration program aims to identify all the smallholder fisherfolk in the country in order to better manage fisheries resources and prevent illegal fishing. It also aims to improve the government’s ability to distribute benefits and services to the fisherfolk.

The Philippines was able to avoid a trade sanction from the European Union by amending its 16-year-old Fisheries Code. The new law boasts stricter guidelines and higher penalties for illegal fishers.

The Internal Rules and Regulations for the law is currently being hashed out with input from commercial fishers, a sector that fiercely opposed the law amendment.

The DA-BFAR is tightening the noose on illegal fishers by improving its enforcement capabilities. It is procuring 27 monitoring, control and surveillance boats, 70 units of multi-mission vessels and two special operation boats equipped with service fire arms, night vision goggles, and scuba gear.

As of July 6, the agency has trained around 200 law enforcers to manage and protect the country fishing grounds. The agency wants to deploy a total of 700 law enforcers.

Pangilinan, upon formally accepting the position, said he aimed to “clean up” the agencies which had been linked to irregularities. Alcala maintained that the transfer of jurisdiction in no way reflected on his performance. He said the changes would allow him to “focus on production.”

When reports of fake rice surfaced in Davao, the NFA made such inspections a daily operation. Pangilinan’s office also says the NFA has coordinated with the Bureau of Customs and the Philippine Coast Guard to boost surveillance in all ports. – Rappler.com