Jul 27, 2015 8:30 PM PHT
Ryan Macasero
Facebook Twitter Copy URL
Copied
While unemployment dropped to 6.8%, the lowest it's been in decades, the Philippines still ranks highest in unemployment in ASEAN 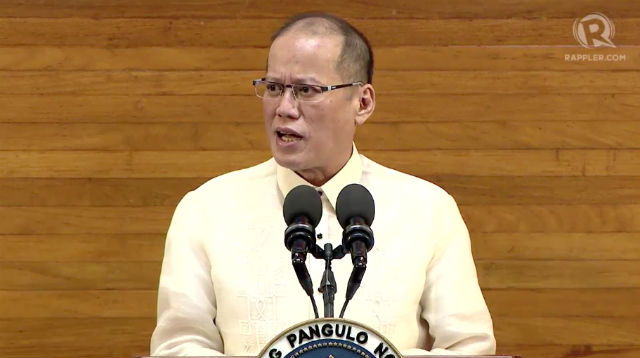 MANILA, Philippines – In discussing his administration’s achievements during his final State of the Nation Address (SONA) on Monday, July 27, President Benigno Aquino III said that the number of Overseas Filipino Workers had been reduced from 9.51 million in 2011 to 9.07 million last year.

According to Aquino, this means that 440,000 Filipinos have returned to the country and been absorbed by the local job market.

This is a 4% reduction in the number of Filipino workers abroad.

The Department of Foreign Affairs (DFA) also cited a 20-percent drop in the deployment of domestic foreign workers between January and May this year. About 55,961 domestic workers left for various countries in 2015, compared to 70,034 in 2014. Labor Secretary Rosalinda Baldoz attributed the decline to the government’s “relentlesss” pro-OFW reforms.

According to the Center for Migrant Advocacy, at least 20,000 Filipinos have been repatriated from conflict-torn or disaster-hit areas. What is also not clear is how many returnees came home with expired contracts and intend to return abroad again.

“We created permanent jobs, we did not hire an abundance of street sweepers during the survey period,” Aquino said in Filipino.

He also said that the drop in unemployment illustrates his administration’s efforts in providing jobs. Unemployment dropped to 6.8% in 2014, the lowest in a decade.

Despite the drop, however, the Philippines still ranks the highest in unemployment in ASEAN, according to the World Bank. The Philippines was followed by Indonesia at 6.3%, Brunei at 3.8% and Myanmar at 3.4%.

Between 1 and 2 million Filipinos left to work abroad in 2014, with remittances hitting $24 billion. – Rappler.com