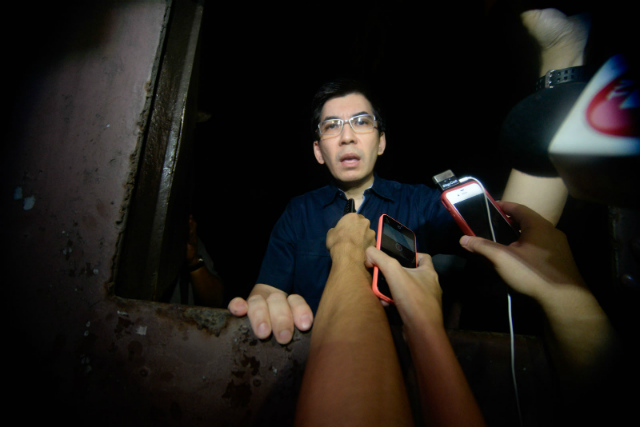 MANILA, Philippines – Former Iglesia ni Cristo (INC) member Angel Manalo, brother of INC head Eduardo Manalo, begged his sibling to talk to him and their mother after the powerful church expelled them.

(Brother, wherever you are, I hope we can talk. It’s not only for us, your siblings, but most of all for our mother. I hope you can speak to our mommy. She really longs for it.)

Angel granted this interview with reporters at the INC compound in Tandang Sora, Quezon City, where he has stayed for the past few days.

This was the second time Angel spoke to media after he was expelled from the INC on Thursday, July 23.

The INC expelled Angel and Tenny after they said in a Youtube video that their lives “are in danger.”

Their video prompted other ministers, such as Isaias Samson Jr, to expose the supposed corruption in the INC, thrusting the church in its worst crisis. (READ: Expelled INC minister: Don’t cover up wrongdoing)

In his interview with reporters Monday, Angel also slammed corruption in the INC. He blamed the church’s Sanggunian (Council) for this.

(Corruption is not in the church as a whole. It’s with a few people who do evil, and that’s the Council.)

(The doctrine of the Iglesia ni Cristo is now damaged. In the same way that you looked up to us before, now you can see there are many anomalies. There are many acts of corruption in the Church. That’s what we want to avoid.) – Rappler.com