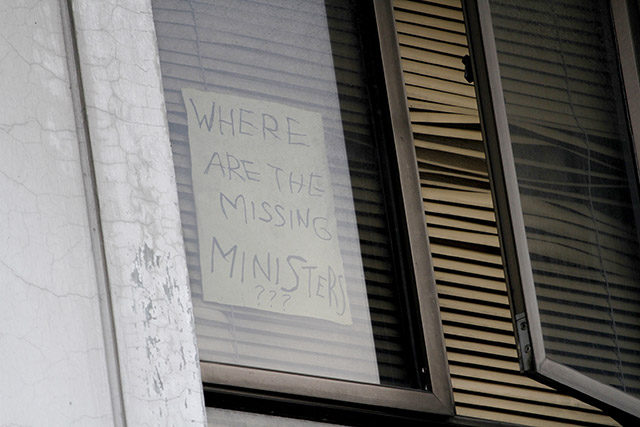 In an interview with reporters, Justice Secretary Leila de Lima said it is premature to declare the alleged abduction as baseless.

“Even if meron nang initial report sa akin ay meron pang tinatapos, okay. Since tinatapos pa nga, I don’t think it will be prudent for me to share so far the results. My instruction is bilisan na ‘yan para malaman na,” De Lima said.

(Even if an initial report was submitted to me, something else is being finalized, okay. Since it is still being finalized, I don’t think it will be prudent for me to share so far the results. My instruction is to speed it up so we can know the outcome.)

De Lima’s statement came after the NBI on Monday, July 27, concluded that the INC did not abduct a number of ministers as critics claimed.

Eduarte, chief of the NBI anti-organized crime division, explained that investigators failed to find any piece of evidence to prove the alleged abduction.

Tenny Manalo, mother of INC head Eduardo Manalo, earlier requested INC members to “help the ministers who were taken and until now, have not yet been found.” The INC later expelled Tenny as well as her son, Angel.

At the window of an INC building in Tandang Sora, Quezon City, a sign on July 23 also fueled suspicions of an abduction. The sign read, “Tulong, hostage kami.” (Help, we’re held hostage.)

Three ministers allegedly abducted by the INC, however, have surfaced to deny their alleged abduction.

INC ministers Arnel Tumanan, Nolan Olarte, and Lowell Menorca II refuted the alleged abduction through interviews on INC-run station Net 25. Menorca, a minister who has criticized the INC, was earlier arrested then released from the Dasmariñas City Police Station in Cavite.

Still, in her interview with reporters Wednesday, De Lima said the NBI has received sworn statements related to the alleged abduction. The secretary refused to identify the persons who filed the sworn statements.

De Lima said she is expecting a new report on the high-profile case next week. – Rappler.com