MANILA, Philippines – It’s the latest in a string of attacks in the word war between Malacañang and the Coconut Palace.

On Thursday, August 6, Vice President Jejomar Binay’s camp accused President Benigno Aquino III of ordering the removal of the SAF 44 mural from the walls of the Philippine National Police Academy in Cavite.

The mural depicts 44 elite cops who were killed during a botched January 25 police operation in Mamasapano, Maguindanao – the worst crisis to hit the Aquino administration.

“The mural was reportedly ordered removed by President Benigno Aquino III from the walls of the Philippine National Police Academy (PNPA) allegedly because too many visitors were taking photos or ‘selfies’ with the mural as backdrop, a source said,” read a Thursday press release from the Office of the Vice President.

The mural was unveiled at the PNPA Academic Hall during the academy’s yearly homecoming on March 14, 2015. Over 26-ft wide, the mural depicts each of the “SAF (Special Action Force) 44,” police commandoes who died during the botched “Oplan Exodus.”

The mural had been in the PNPA for awhile, and was seen during the Class of 2015’s graduation exercises. The next time it was seen in public was during Binay’s “true State of the Nation Address” in Cavite on August 3.

It served as a backdrop to Binay’s speech, where he named the SAF 44 one by one.

Binay has been criticized by his 2016 contender, administration standard-bearer and Interior Secretary Manuel Roxas II for “politicizing” the SAF tragedy. 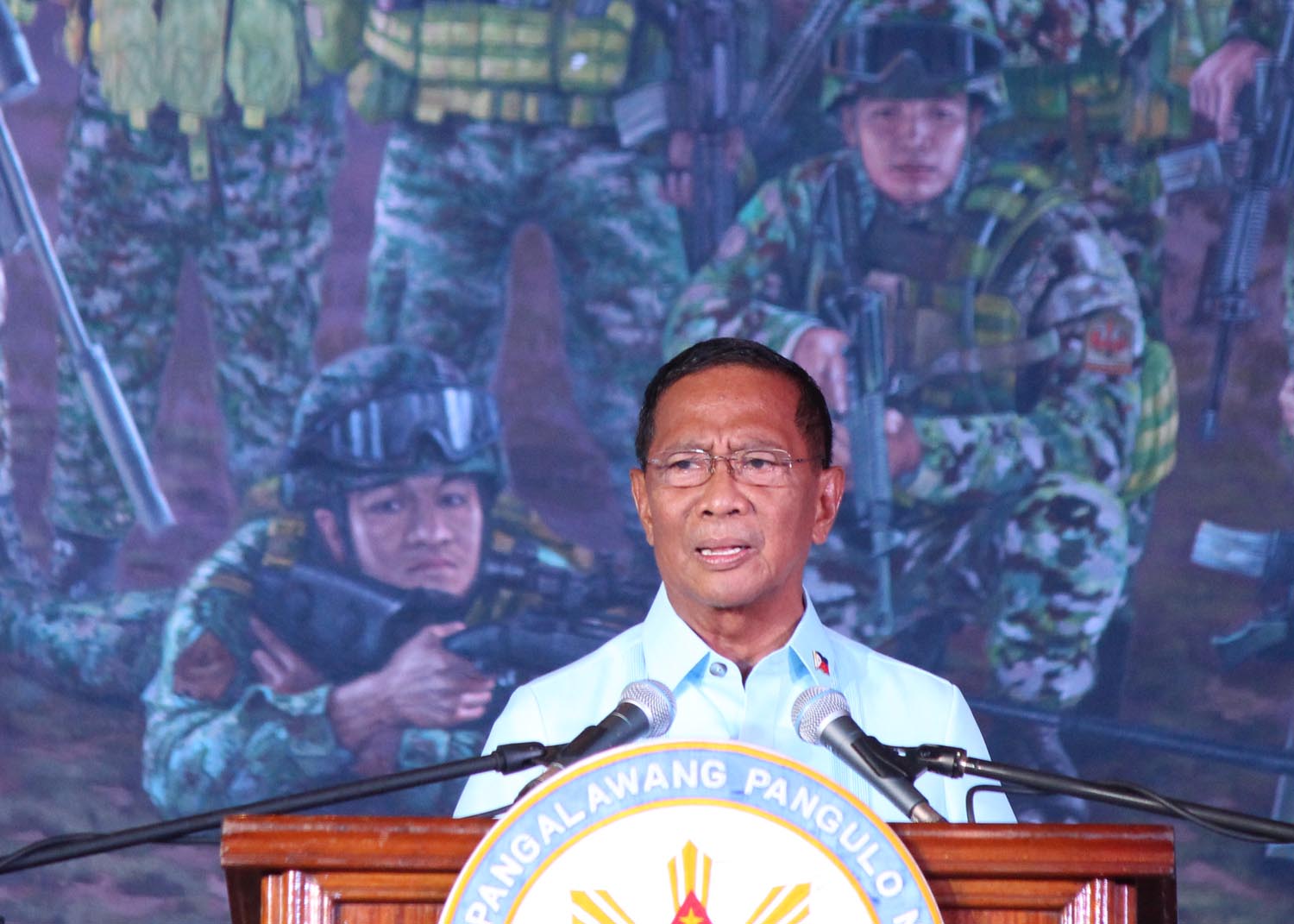 In their Thursday statement, the Office of the Vice President said the mural now has a “new home” inside the Coconut Palace, where Binay holds office.

The source added the PNPA, instead of putting the mural inside a “bodega,” decided to inform the owner of the mural, Erehwon Artworld Corp., of the President’s order. Erehwon decided to retrieve the mural sometime mid-April.

This was about a month after it was inaugurated by Binay.

Asked to respond to the Binay camp’s allegations, Presidential Spokesperson Secretary Edwin Lacierda said in a text message: “They would go 6 feet under to lie and hit the President! And I thought they already went low when Binay lied and refused to answer the corruption allegations against him.”

Repeating Roxas’ earlier criticism, Lacierda added: “It is so tragic that Binay would politicize the memory of the SAF 44.”

(The mural was taken by the owner of Erehwon Art Center which made it because they observed that there was no place in the camp for it. The allegation of the Vice President’s camp has no basis and is false.) – Rappler.com