Aug 9, 2015 12:00 AM PHT
Rappler.com
Facebook Twitter Copy URL
Copied
This is in response to China's supposed claims that the Philippines is 'conniving' with Japan over the West Philippine Sea dispute 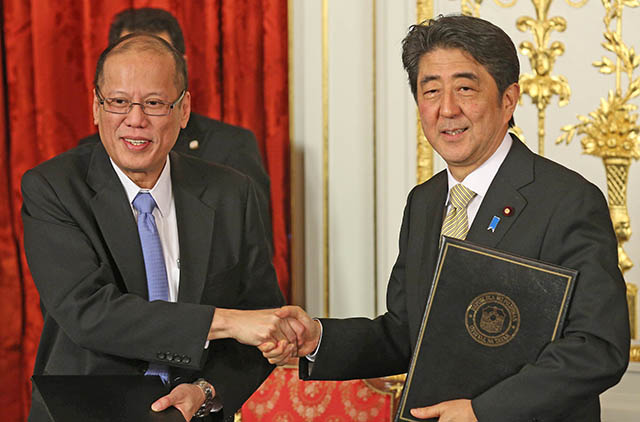 MANILA, Philippines – Reacting to reports that China had accused the Philippines of conniving with Japan over the West Philippine Sea dispute, government said on Saturday, August 8, that the Philippines and Japan – being strategic partners – would naturally cooperate on peace and security concerns in the region.

(The reality that the Philippines and Japan are strategic partners should be recognized. We have agreements with them when it comes to livelihood and security; they are our strategic partner.)

The two allies had signed a joint declaration during President Benigno Aquino III’s state visit to Japan in June. It was meant to “reaffirm their strong commitment to ensuring maritime safety and security, including in the South China Sea, which is a vital element for peace and prosperity of the region.”

In June, the Philippines and Japan conducted military training exercises off the coast of Palawan. (READ: Japan, PH navies fly together for the first time)

This was in apparent reaction to US Secretary of State John Kerry’s statement on the same day that the US will not tolerate navigation restrictions in the disputed waters.

Kerry said, “Let me be clear: The United States will not accept restrictions on freedom of navigation and overflight, or other lawful uses of the sea. These are intrinsic rights that we all share.”

He also “urged all claimants to make a joint commitment to halt further land reclamation and construction of new facilities or militarization on disputed features,” arguing that this would “lower tensions.”

Coloma refuted China’s claim that it is not impeding freedom of navigation in the West Philippine Sea, noting the concerns expressed – not only by the Philippines, but also by other members of the international community – about China’s reclamation activities.