Aug 14, 2015 5:49 PM PHT
Rappler.com
Facebook Twitter Copy URL
Copied
The awards, named after the business family from Cebu, recognize individuals and institutions for bringing about positive change in their communities 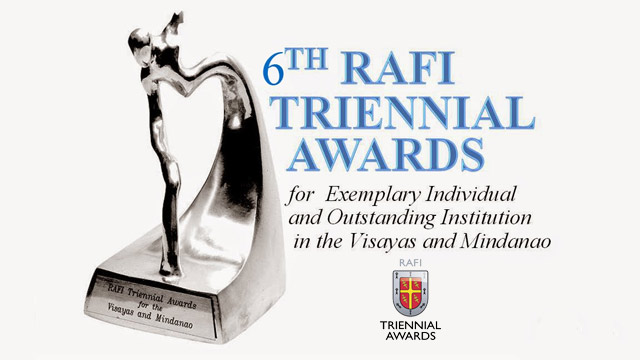 CEBU CITY, Philippines – A teacher to tribal children and a foundation established by former Moro National Liberation Front (MNLF) rebels are the newest recipients of the Ramon Aboitiz Foundation Incorporation (RAFI) Triennial Awards for their “philanthropic, humanitarian, and holistic efforts” for society.

The foundation announced the winners on Friday, August 14 – almost two decades since it first launched the awards in 1996.

Anita Castillon, 62, has been an educator to the Tboli children in Lake Sebu, South Cotabato for years. There, she established 3 indigenous peoples (IP) schools, where students can enroll at a minimal cost of P20 per month, provided that their parents maintain their own garden where they can plant root crops.

She helps the IP community through nutrition and livelihood training programs, so the community can keep sending the children to school.

Meanwhile, Kadtabanga Foundation for Peace and Development Advocates is a 14-year old organization established by former MNLF rebels who surrendered their arms in 1996, when the group signed a final peace agreement with the Ramos administration.

The foundation serves 36 municipalities in Maguindanao, promoting peace-building and development-oriented activities with a vision to transform war-torn areas to Peace and Development Communities “characterized by progress and lasting peace.”

On its 6th run, RAFI has chosen as finalists 3 individuals and 5 institutions from the Visayas and Mindanao. The other finalists are: