Why Catholic Church OKs marijuana for the terminally ill 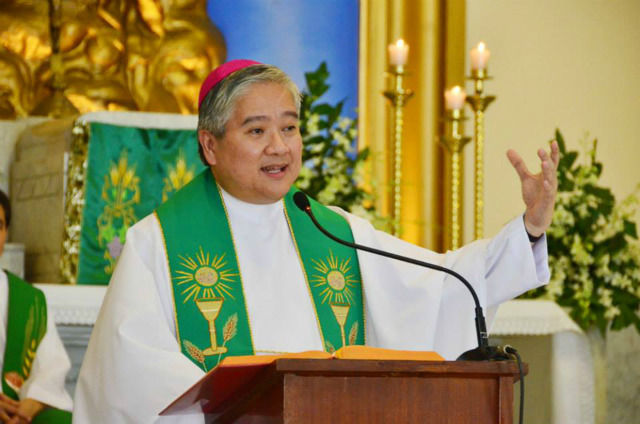 MANILA, Philippines – While debates on the topic rage in Philippine Congress, the Catholic Bishops’ Conference of the Philippines (CBCP) issued a statement to explain why the Catholic Church allows the use of marijuana for terminally-ill patients.

Villegas cited Catholic Church documents to explain their position on “the compassionate use of cannabis or marijuana.”

“The highest teaching authority of the Church allows for the palliative and compassionate use of narcotics particularly in the case of the terminally ill,” Villegas said in a statement Saturday, August 14.

He quoted from the encyclical Evangelium Vitae (The Gospel of Life) by the late pope John Paul II.

John Paul said in Evangelium Vitae: “Among the questions which arise in this context is that of the licitness of using various types of painkillers and sedatives for relieving the patient’s pain when this involves the risk of shortening life…. Pius XII affirmed that it is licit to relieve pain by narcotics even when the result is decreased consciousness and a shortening of life, ‘if no other means exist, and if, in the given circumstances, this does not prevent the carrying out of other religious and moral duties.’”

No to marijuana for leisure

“The healthcare worker who cannot effect a cure must never cease to treat. He is bound to apply all ‘proportionate’ remedies. But there is not obligation to apply ‘disproportionate’ ones,” the Charter said.

Villegas said: “We appeal therefore to the prudent and Spirit-filled discernment of our healthcare workers, particularly physicians, to apply the principle of proportionality and to determine carefully whether there is due proportion between the risks involved in the use of narcotic and psychotropic substances and the benefits anticipated.”

Villegas however pointed out that the Catholic Church rejects the use of marijuana, among other drugs, for leisure.

“There must be no doubt as to a fundamental principle: When the use of cannabis or any other narcotic or psychotropic substance is not medically indicated and where there are other forms of intervention and treatment possible that do not pose the same risks as does the use of these substances, it is morally irresponsible to make use of cannabis and other narcotic or psychotropic substances, and it is gravely wrong to make use of them for recreational or leisure purposes,” the archbishop said.

Villegas added two other ethical guidelines in his statement:

The CBCP statement comes after a committee at the House of Representatives created a technical working group to discuss the medical marijuana bill.

Medical groups in the Philippines contest this controversial measure.

While the CBCP allows the use of marijuana for the terminally ill, Villegas also denied backing the medical marijunana bill.

Villegas said the title of the Philippine Daily Inquirer’s banner story on Monday – “CBCP backs marijuana bill” – “is misleading and grossly unfair to the CBCP.”

In an open letter to the Inquirer, Villegas wrote: “As president of the CBCP, I take strong exception to the misleading headline of your paper: ‘CBCP Backs Marijuana Bill.’ It would have been far more helpful to the public had you published our statement in full than to create the wrong impression in the minds of the public.”

“Let me make the point clear: In respect to whatever measures are now pending before the legislature, the CBCP neither endorses nor objects, realizing that the regulatory schemes and administrative strategies they attempt to establish are beyond the competence of the CBCP to comment on,” Villegas said. – Rappler.com