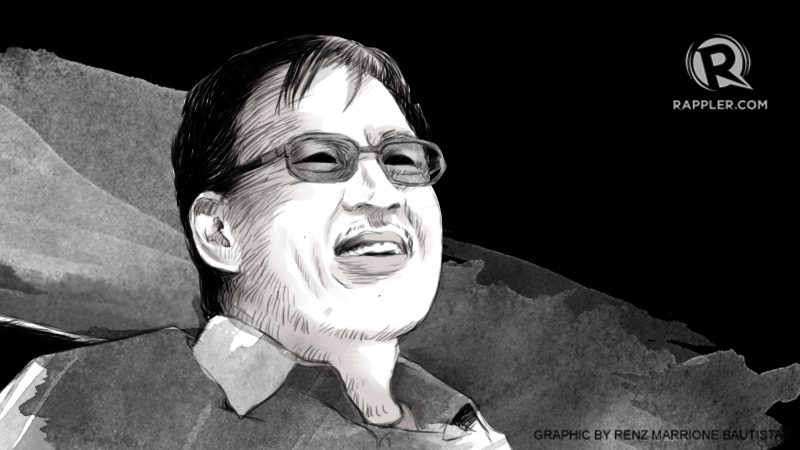 Facebook Twitter Copy URL
Copied
'Good governance should be demanded by the constituents. Unless there is convergence of good citizens and good leaders, this is difficult,' the late DILG chief once said

CAMARINES SUR, Philippines – On this day exactly 3 years ago, the country lost a man many would later call “the best president we never had.”

On August 18, 2012, a Piper Seneca plane carrying then Department of the Interior and Local Government (DILG) Secretary Jesse Robredo, his aide-de-camp, and 2 pilots, plunged into the waters off Masbate, a few meters short of the city’s airport.

Only Robredo’s young aide would survive the crash. The DILG secretary and former Naga city mayor was 54. (READ: Robredo’s legacy hard to dismiss)

Three years later – just as politicians, parties, and the administration which Robredo once served gear up for the change of guards, the 2016 elections – President Benigno Aquino III and his Cabinet return to the city which Robredo nurtured into the Naga it is today.

“It is undeniable that Jesse exuded good governance not only as a member of the Cabinet but also during his days as a mayor,” said Presidential Spokesman Edwin Lacierda in a text message.

Lacierda, Aquino, and several other Cabinet officials – including administration standard-bearer and current DILG chief Manuel Roxas II – will be joining the Robredo family on Tuesday, August 18, to commemorate Robredo’s death.

Added Lacierda: “This is the last year of governance for the Aquino administration where the President and fellow Cabinet members get to commemorate Jesse’s passing. And what fitting way to commemorate his death anniversary than by visiting him in his beloved hometown.”

Although Tuesday’s gathering centers on the late DILG chief’s memories and legacy, it will be hard to ignore politics – in particular, the coming 2016 elections.

Robredo, his own family members would later reveal, was among Roxas’ most ardent supporters.

“Papa had given me the impression that Mar was someone he could and would go to battle with, having known each other way back when Papa was still City Mayor and Mar was DTI Secretary. He was a Mar Roxas believer through and through. And Mar returned the favor by sticking to Papa until the very end,” wrote Robredo’s eldest daughter, Aika, in an Instagram post shortly after Roxas’ was endorsed by Aquino.

Roxas played a key role in the 3 days of search and retrieval operations for Robredo and the two pilots’ remains back in 2012. It was also Roxas who broke the news to Leni, Robredo’s widow, who would later enter politics herself as Camarines Sur representative.

Leni, a lawyer, is also being eyed as Roxas’ running mate for 2016. But the legislator had earlier dismissed speculation, saying it was “too soon” for her to seek the country’s second highest elected post. The seal was given to LGUs showed accountability and transparency in planning, resource mobilization, and financial management, among other things.

Provinces could get up to P7 million, a city, up to P3 million, and municipalities, up to P1 million from the Performance Challenge Fund (PCF).

The seal was later renamed to the “seal of good local governance” under Roxas’ term.

Jesse Robredo was mayor of Naga from 1988 to 1998 and again from 2001 to 2010. He was given the Ramon Magsaysay Award for Government Service in 2000. The year before that, Naga City was cited by Asiaweek Magazine as one of Asia’s Most Improved Cities.

“Good governance should be demanded by the constituents. So unless there is convergence of good citizens and good leaders, this is difficult. Naga is good not because of city hall but because of Nagaueños,” Robredo had once said. – Rappler.com