MANILA, Philippines – Over the past year, the country has been a witness to one of the longest Senate investigations in history.

Binay and his son, suspended  Makati Mayor Jejomar Erwin “Junjun” Binay Jr, and others  face a plunder complaint for allegedly overpricing a city hall parking building in Makati, where he was mayor for 21 years.

During the Senate investigation, Senator Nancy Binay was accused of supplying the alleged overpriced birthday cakes for Makati senior citizens, which she categorically denied.

As whistleblowers testified before senators that several individuals and companies are mere dummies for the Vice President, other names have sprung up – business people Antonio Tiu, Gerardo “Gerry” Limlingan, and Erlinda Chong, who claimed otherwise.

The appearance of Mayor Binay at the start of the hearings was the first and last time a Binay appeared before the Senate panel. The Vice President and his camp have repeatedly dismissed the hearings as a “kangaroo court” and a “teleserye (drama series)” scripted to derail his presidential bid.

“As I stated on January 22, 2015, this Senate investigation is necessary for the ascertainment of the truth and truth is certainly necessary for the enlightenment of our nation,” Pimentel said in his opening statement at the continuation of the hearing on Thursday.

Pimentel said that “a lot has happened and a lot has been achieved” since the Senate started investigating the corruption allegations against the Binays. 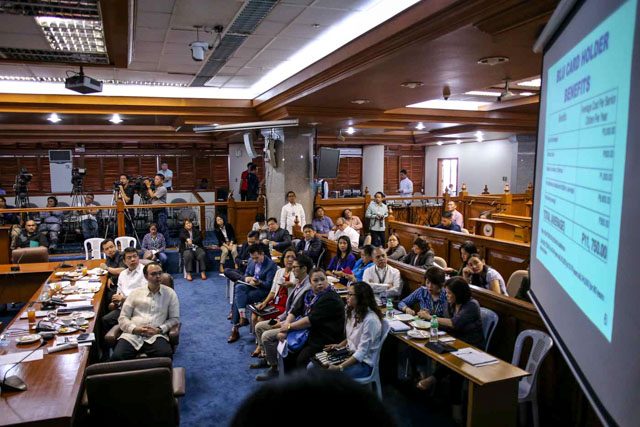 According to Pimentel, the Senate blue ribbon subcommittee has tackled the following subject matters so far:

“As a result of the subcommittee’s hearings, other government agencies have acted in accordance with what has been revealed [in the investigation],” Pimentel said.

The senator said Alphaland finally paid rent to the BSP a day after the Senate announced in January 2015 that it would probe their joint venture agreement, which is allegedly disadvantageous to the BSP.

On January 22, 2015, the Bureau of Internal Revenue filed a P73.34-million tax evasion complaint against Tiu, a businessman who claims ownership of a farm in Rosario, Batangas, with an estimated at a value of P1.2 billion. Critics call it “Hacienda Binay.” (READ: Does Antonio Tiu really own ‘Hacienda Binay?’) 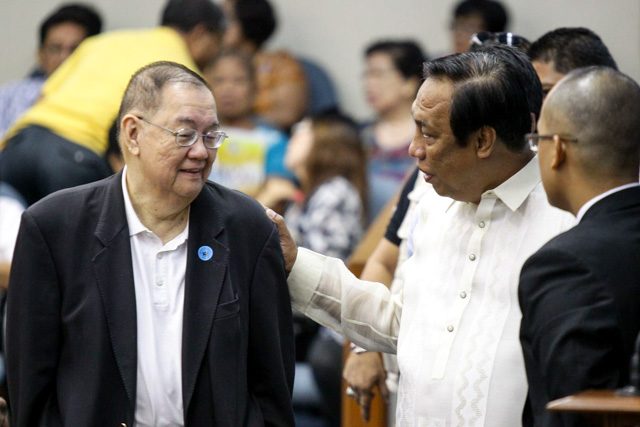 Pimentel said that following the Senate investigation, the Anti-Money Laundering Council “has conducted investigations of the bank accounts and transactions, insurance policies, and other investments of the first personalities who have been prominently mentioned during the hearings and have secured a freeze order from the Court of Appeals over these accounts.”

He added that the Office of the Ombudsman ordered the 6-month preventive suspension of Mayor Binay and other city government officials for the alleged overpricing of the Makati Science High School building, while the Commission on Audit “conducted special audits of the various subject matters we have discussed in these hearings.”

The latest allegation made at the Thursday Senate hearing  was that Makati has been  losing P367.5 million a year because of “ghost” beneficiaries in its program for the elderly.

For Pimentel, the year-long investigation “cannot be said to be pulitika lang (just politics).”
He brought up the Senate blue ribbon subcommittee’s partial report released in May this year, which found a “system of corruption” in the Makati City Hall parking building II. The report recommended plunder charges to be filed against the Vice President, his son, and their alleged co-conspirators.
“Hence, your subcommittee will carry on with its duty and will continue with its investigation of and hearings on proposed Senate Resolution (SR) No 826 as well as proposed SR No 1114, in aid of legislation, until their logical conclusion,” said Pimentel.
SR No 826 directed the Senate Blue Ribbon Committee to investigate the alleged overpricing of the Makati City Hall parking building II. Meanwhile, SR No 1114 allowed the subcommittee to look into the allegations involving the Pag-IBIG Fund and the BSP-Alphaland deal. Both were filed by Trillanes.
Are they still bent on getting the Vice President to testify at the Senate hearings? Pimentel said they will no longer invite him “but if he volunteers to appear sometime in the future, then we will give him all the time that he needs.” – Rappler.com