Aug 23, 2015 3:16 PM PHT
Rappler.com
Facebook Twitter Copy URL
Copied
The strict compliance reminder of the Bureau of Customs is to ward off smugglers but Senator Ralph Recto urges other move than 'nitpicking' on balikbayan boxes 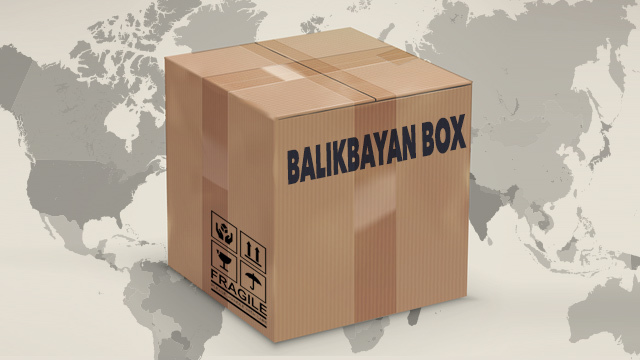 MANILA, Philippines – There is no tax increase on balikbayan boxes – instead, the stricter compliance reminder on the said shipments is “necessary” to stop smugglers who continue to abuse the existing system, the Bureau of Customs (BOC) said on Sunday, August 23.

(Customs do not want to abuse OFWs. What we want here in Customs is to stop the abuse of the system by smugglers.)

The illegal activities of smugglers – including insertion of smuggled goods in consolidated shipments or through balikbayan boxes sent to fake consignees in the Philippines – continue to take its toll in the form of loss of revenue.

“The BOC has paid greatly in revenue losses through these smuggling activities, and more importantly, the affected industries,” the Bureau said.

Senator Ralph Recto, on the other hand, urged the BOC to focus its efforts on implementing more effective ways to stop smuggling syndicates who are involved in sending oil, fuel, rice, guns, drugs and other illegal goods to the country.

Another move to be considered, he suggested, is for the government to increase the current allowed tax-exempt value of balikbayan box contents.

(Let’s give it to them since the balikbayan boxes they send to their families in the Philippines is a way to lessen homesickness.)

According to the BOC, existing rules on balikbayan boxes still apply. This includes, among others, spot checks and inspections mandated by law. However, the lack of necessary devices hinders the bureau to effectively inspect boxes to prevent smuggling. (READ: OFWs: Hands off our balikbayan boxes)

“The bureau is not technologically equipped to inspect all incoming boxes as efficiently as we want,” BOC said. “If you have or will experience receiving severely tampered and/or missing items from your box, then let us know so we can properly help you.”

Recto said that the Senate Finance Subcommittee will inquire agency officials on the status of non-intrusive inspection techniques as programs aimed to catch smugglers are funded under BOC’s budgets.

These techniques will pave way for detection of contraband goods without the need to open balikbayan boxes sent by OFWs.

“There are ways to catch the rat without burning the entire house down,” Recto stressed. “Programs to find big-time smugglers and not a few bars of bath soap in a balikbayan box are already funded under the BOC’s operating budget this year.

One of these, he cited, is the P298 million ($6 million) allotted to maintain 30 X-ray machines installed in 10 of the country’s biggest ports. Acquired in 2006 through a loan from the Chinese government at a cost of $2.5 million ($13 billion) each, the X-ray machines can scan a 40-by-20 feet shipping container in a matter of minutes.

The aim of the X-ray program is to do away with manual operations including inspecting each balikbayan box, which are tedious and inefficient.

(The justification in using technology is to remove the random picking of what should be opened. It was supposed to make the opening of boxes redundant since if you use X-ray, you’ll see the insides of a van immediately.)

Recto added that the BOC invited bidders to supply 20 X-ray machines to be installed in airports through a P148 million ($6 million) contract in 2013.