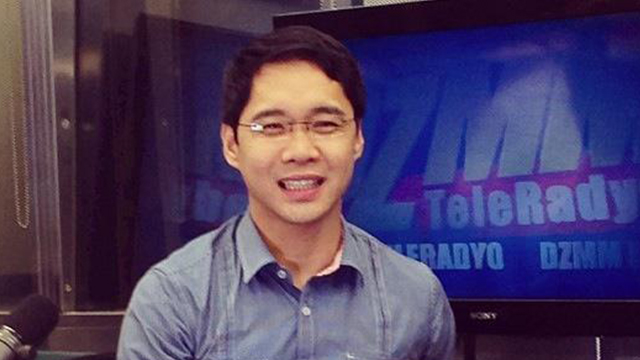 No one was hurt in the incident.

DZMM radio said at least 4 armed men were involved in the pre-dawn attack – at around 2 am – at Ka Tunying’s coffee shop along Visayas Avenue, Quezon City.

Taberna told his radio station that the coffee shop’s security guard was unharmed. “He considers it a second life,” Taberna said in Filipino.

Probers are still looking into the motive behind the attack.

Taberna, incidentally, is a member of the influential Iglesia ni Cristo, which is caught in its worst crisis since it was formed 101 years ago. He is a relative of Isaias Samson Jr, who was expelled by the INC leadership after he accused them of putting his family under house arrest.

Samson’s arrest is one of the cases against the INC leadership being investigated by the Department of Justice. INC members started massing  in front of the DOJ office in Manila Thursday to “fight for their faith and doctrine.” – Rappler.com