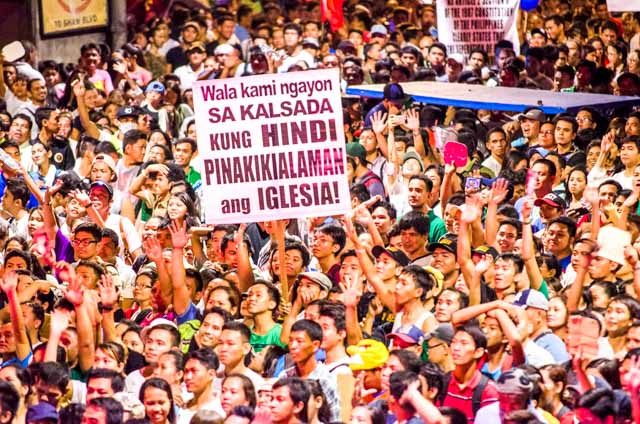 President Benigno Aquino III gave the reminder on Saturday, August 29, as members of the powerful Iglesia ni Cristo (INC) gathered in a show of force in Mandaluyong City to protest alleged government meddling in their internal affairs.

Deputy Presidential Spokesperson Abigail Valte relayed Aquino’s reminder in an interview on state-run Radyo ng Bayan, in response to questions on the President’s directives on the INC rally.

“All Filipinos are free to express their views with respect to certain aspects of governance. But you know, as the President views it, freedom requires responsibility. So, in exercising these rights in expressing opinion, the President reminds us to bear in mind the rights of all citizens,” Valte said.

She said Aquino was referring to those who were inconvenienced by the massive traffic build-up caused by the unannounced assembly of INC members along parts of EDSA on a payday Friday. (READ: INC protesters anger commuters, stranded motorists)

“The focus of government now is to make sure that the situation is managed and contained over there,” the Palace official said.

In a statement after the meeting, Roxas said they mapped out a plan to ease the anticipated worsened traffic situation along EDSA, as the INC had secured a permit to assemble at the ground level of the EDSA-Shaw intersection this weekend. 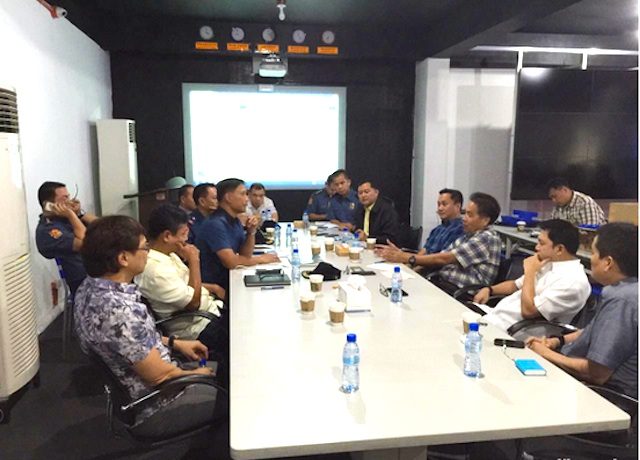 Roxas said the plan is to ensure public welfare, order, cleanliness, and free flow of traffic along the main arteries of Metro Manila for the duration of the INC rally.

(We respect our countrymen’s right to free expression. Be that as it may, we have to respond to the welfare of the majority.)

Roxas noted that 2.5 million people ply EDSA every day, and it is the government’s duty to protect their welfare.

Protecting the ‘heart’ of Metro Manila

The Cabinet official  likened EDSA and other connecting roads to arteries of the heart of Metro Manila.

(You know, 17 million people live in NCR. These roads, these arteries, have to be kept open. In terms of a person’s health, if there’s a blockage, they’re all connected, he might suffer a heart attack or a stroke. So it’s important to keep the main arteries open.)

As a deterrent to anyone who may attempt to take advantage of the situation, Roxas said there is a “full deployment” of Quezon City and Mandaluyong police and K9 units, and MMDA personnel to the rally area.

When asked, Roxas confirmed there have been discussions between government officials and the INC on the vigil. He declined to give details but said the government and the INC share a common desire: to keep everyone safe.

(This is a difficult job but I think that all sides, including the Iglesia brethren, want peace and order to be maintained.)

During the news briefing, Roxas deftly dodged questions on how the INC’s tiff with De Lima would affect his presidential bid in 2016.

The INC’s endorsement is sought-after by politcians as it is known to vote as a bloc. – Rappler.com