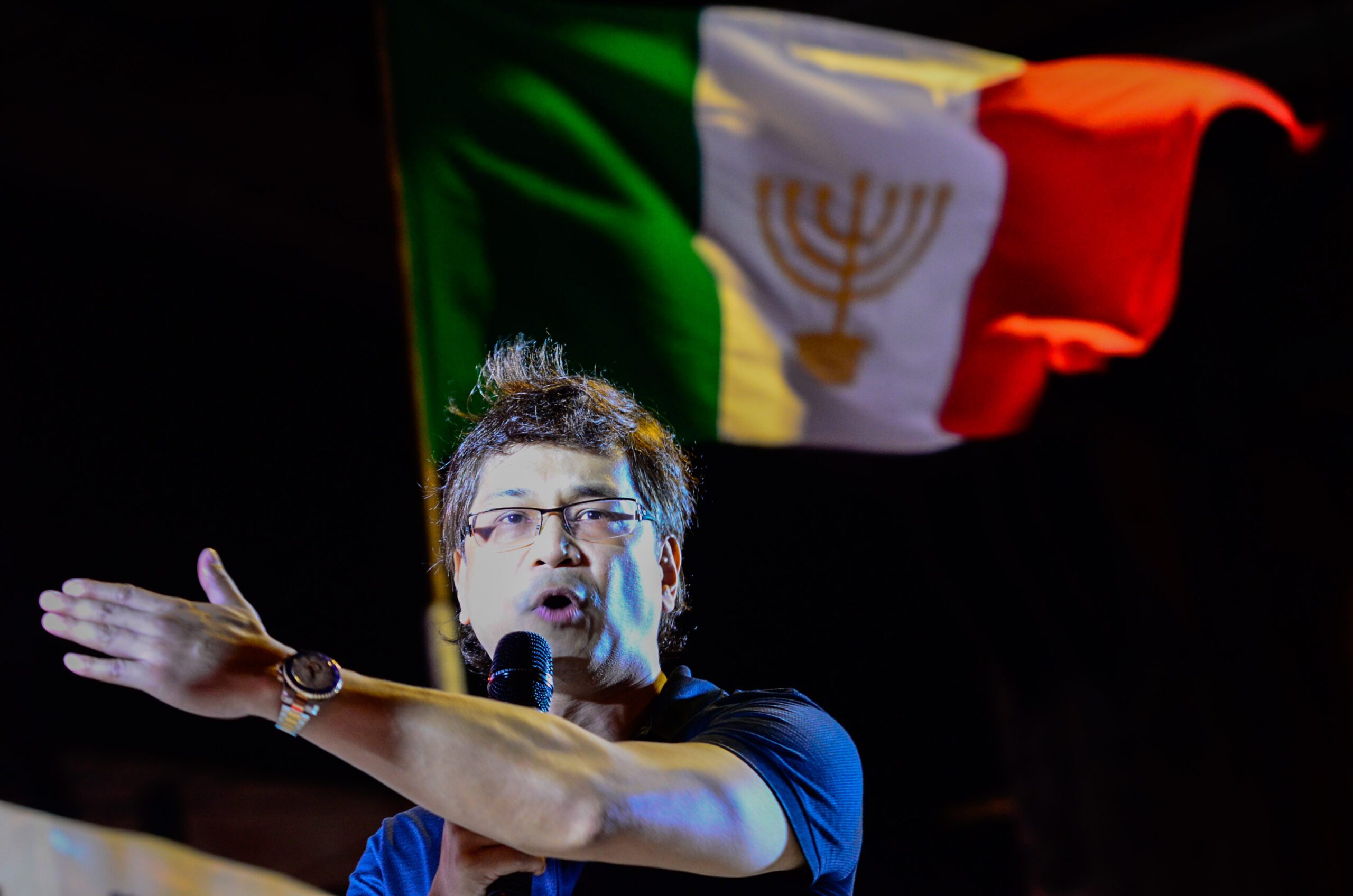 Facebook Twitter Copy URL
Copied
Mayor Benhur Abalos allows INC members to stay the night, promising them escorts as they make their way to Manila where they were allowed to protest until Friday

MANILA, Philippines – With less than an hour before its rally permit in Mandaluyong City expired, the Iglesia ni Cristo (INC) on Sunday, August 30,  obtained permission to continue its protest past the midnight deadline, transferring back to Manila on Monday morning.

Addressing the crowd gathered at the intersection of EDSA and Shaw Boulevard, Mandaluyong Mayor Benhur Abalos said the thousands of INC members gathered there could spend the night, in effect extending the rally permit granted to the group “for humanitarian reasons.”

(I hope you understand. This place is EDSA, the main artery of Metro Manila.)

On Saturday, the influential church was granted a permit to stay at EDSA Shaw until Sunday midnight. In the past 3 days, the rally inconvenienced motorists and commuters who had to endure hours of traffic because the event clogged up the major thoroughfare.

The group began their protest Thursday afternoon in Manila, where the local government granted the INC a permit to hold a protest until September 4.

Abalos said he will speak with former President now Manila Mayor Joseph Estrada to ensure the safe transfer of the INC crowd to the country’s capital.

He also ensured the crowd’s safety in Mandaluyong for the night, adding that the city will escort the INC members as they make their way back to Manila on Monday.

The days-long vigil of the 101-year-old church began Thursday to protest the alleged meddling of the justice department in what it considers as internal affairs of the church. (READ: Why De Lima is target of Iglesia ni Cristo’s anger)

The government is investigating allegations that the INC leadership is behind the abduction of some of the church’s ministers in the worst crisis to hit the influential group.

The INC holds political sway due to bloc voting, with an estimated 1.37 million registered voters in 2013. Politicians court the group for support in elections. (READ: INC: From rag-tag sect to influential wheeler-dealer?) – Rappler.com