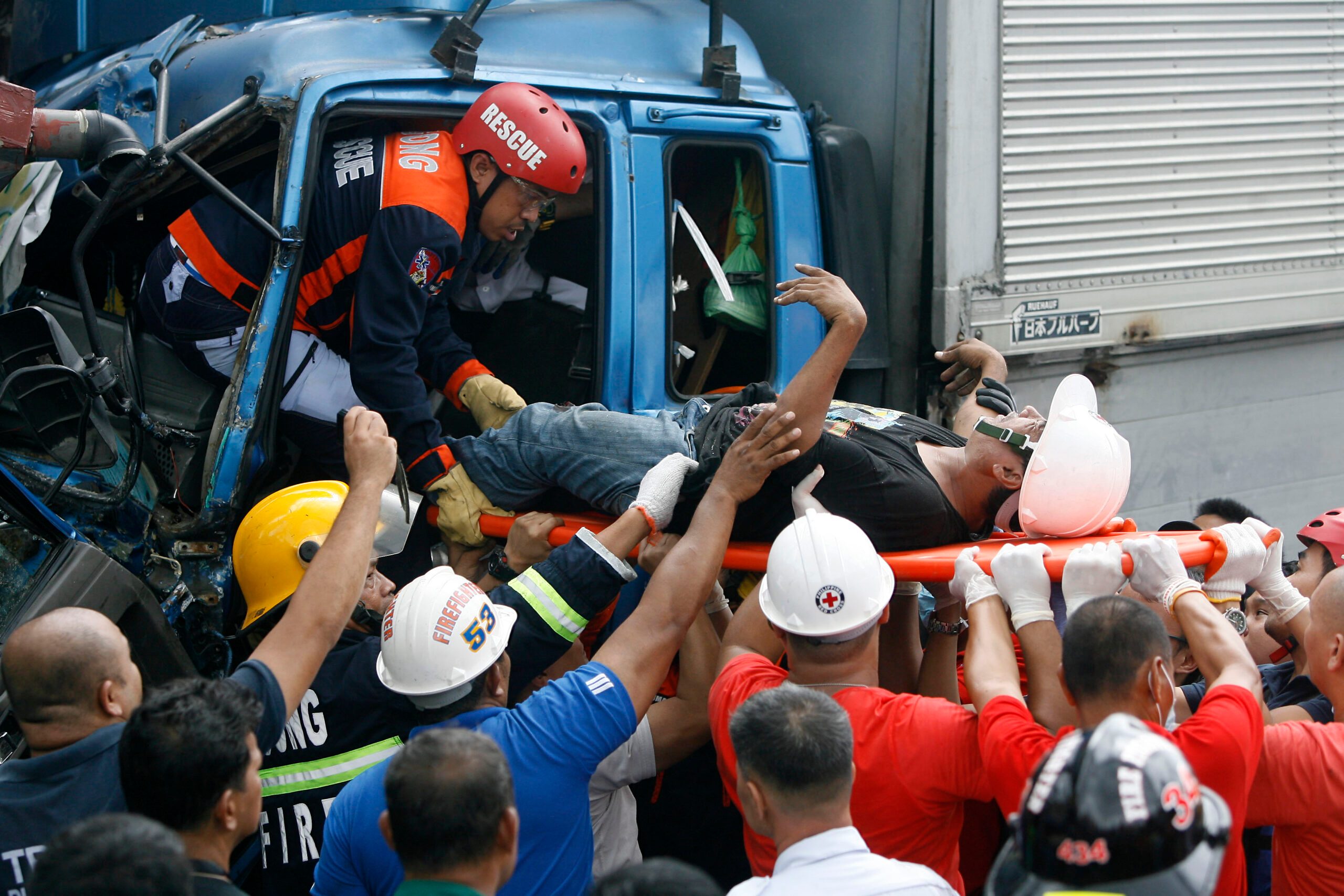 MANILA, Philippines (2nd UPDATE) – Two people died on the spot while 16 were injured when a truck rammed through vehicles and pedestrians along A Bonifacio Avenue, a busy street in Barangka, Marikina City, at around 11 am on Wednesday, September 2.

Among the 16 rushed to the Amang Rodriguez Hospital in the city was Fernando Gimera, 43, the driver of the 10-wheeler truck.

Rescuers had to extract him after he was pinned down the dashboard. Rescuers from Barangay Ugong in the neighboring city of Pasig came to help.

Residents lit candles for the dead victims even before their bodies could be taken by crime scene investigators. According to initial reports, the truck lost its break while descending the flyover from the Katipunan-Aurora Avenue area. It rammed through a jeepney, two L300 vans, and a motorcycle. The truck also plowed two electric post and the front side of a house.

One of those who died instantly was said to be a student from the Technological Institute of the Philippines who was on board the passenger jeepney. He was identified as Edizon John Reyes, based on his school ID card.

Marikina Mayor Del de Guzman checked the victims and assured them of assistance. He said trucks were prohibited along Bonifacio Avenue and Gimera, so the truck driver will face necessary charges for the accident.

Ricardo Escorpio, a Land Transportation and Franchising Regulatory Board public utility inspector for the National Capital Region, said they are investigating if the J Movers truck, with plate number RHW 112, has a valid franchise to operate.

The stretch of Bonifacio Avenue from the flyover up to the entrance of the Riverbanks was closed to motorists to make way for clearing operations. – Rappler.com