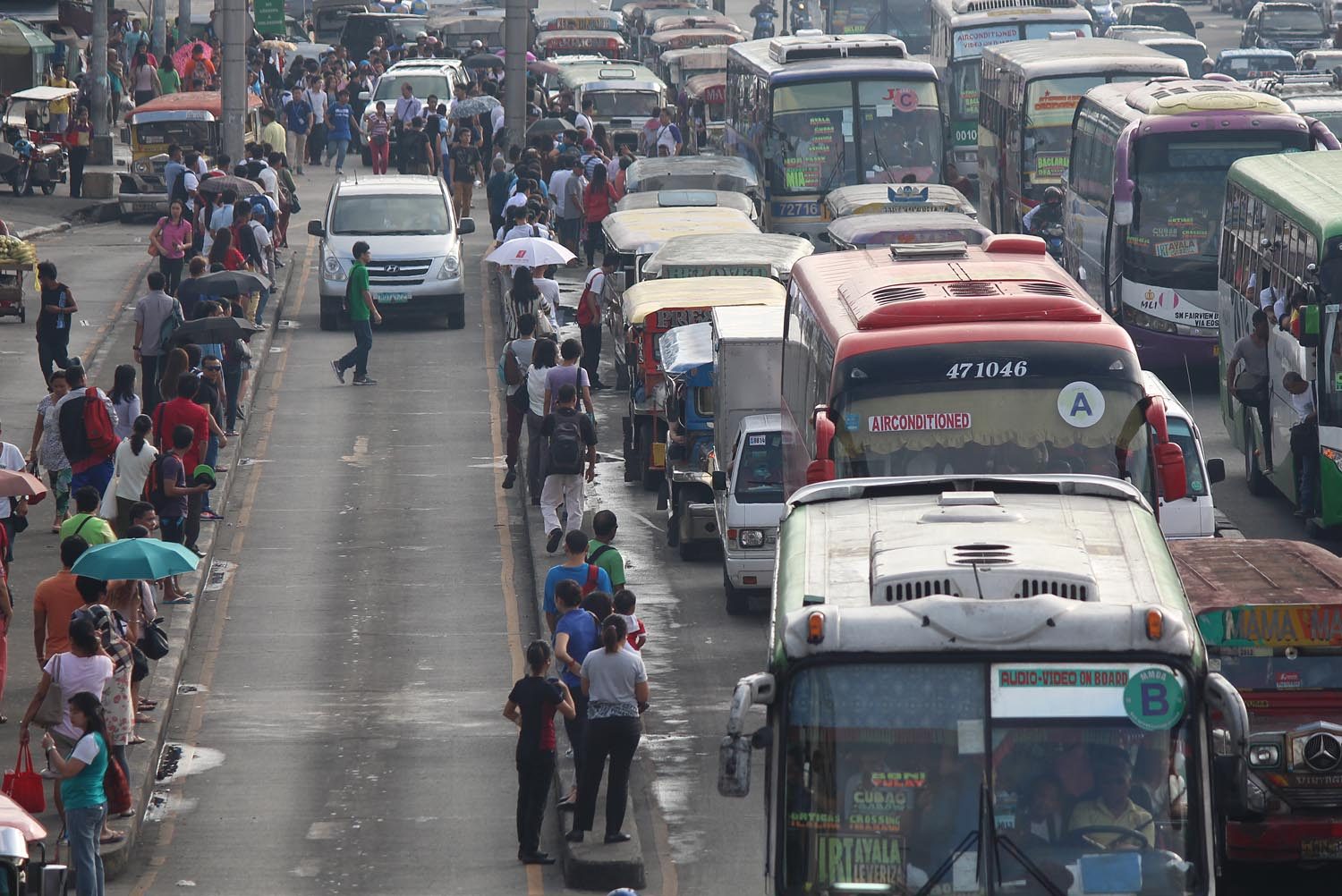 MANILA, Philippines – Instead of proposals that would limit when car users can use their vehicles, the government should focus on clearing Metro Manila roads of illegally parked vehicles to ease traffic flow in the Philippine capital, a senator said.

“Instead of proposals like the odd-even scheme, declare Metro Manila a no-parking area. It’s easier to do that. You will be addressing the traffic problem of the entire Metro Manila area, not just EDSA,” he said.

In recent weeks, the government has been trying out strategies to ease the horrific traffic jams along EDSA, the 23.8-km thoroughfare that carries 360,000 vehicles every day.

There have also been other suggestions, such as the weekly odd-even number coding scheme, and allowing only vehicles with 3 or more passengers to ply EDSA – a scheme similar to high-occupancy vehicle lanes used in other countries.

But Sotto said that one doable, short-term fix to Metro Manila’s traffic woes is to simply make sure that vehicles impeding the flow of traffic are towed.

For its part, the Metropolitan Manila Development Authority (MMDA), designated 17 routes as “Mabuhay” lanes or express routes in preparation for the expected heavy traffic during the holiday rush.

But Gunnacao said that unless these alternate routes are cleared of parked vehicles, traffic flow will still be impeded.

Cabinet Secretary Jose Rene Almendras, who has been tasked by the President to oversee interagency efforts to solve the traffic problem, told senators that they are now exploring alternate routes that motorists can take to avoid going through the heavily congested EDSA.

But he added that there has been resistance against their efforts to tow illegally parked vehicles, particularly in P. Tuazon in Quezon City.

This prompted Senator Ralph Recto to ask if the MMDA did not have the authority to tow these vehicles.

MMDA Chairman Francis Tolentino clarified that while the agency can use its 12 tow trucks to remove vehicles parked on national roads, there are also several other side streets and city roads where local officials have allowed overnight street parking.

In response, Senator Benigno Aquino IV said Tolentino should coordinate with officials of the 17 local government units in Metro Manila to address the problem.

Almendras also underscored the need to ensure that roads leading to EDSA are unobstructed to avoid triggering traffic jams on the major thoroughfare.

“If something happens two kilometers from EDSA, it already affects EDSA,” he said.

Meanwhile, Transportation Secretary Joseph Emilio Abaya told the Senate committee that the government is working to improve mass transit options as its long-term solution to the metro traffic problem.

Among the projects he mentioned are the Light Rail Transit Line 2 extension projects, which are expected to be completed in 2019. – Rappler.com