What it takes to keep Tboli children in school 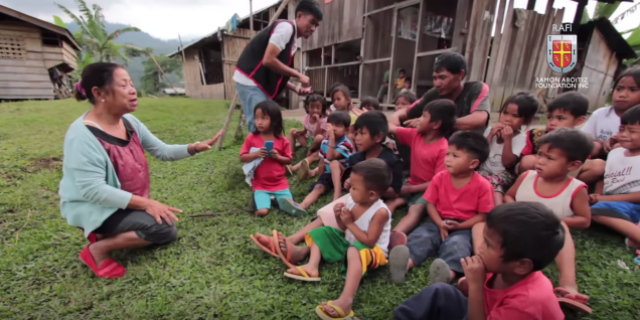 CEBU CITY, Philippines – We hear these stories often, especially during opening of classes: children in far-flung areas walking for hours, even climbing mountains, just to get to school.

Such is the case up in the mountains in Lake Sebu, South Cotabato, where Tboli children have to cross two rivers to reach the nearest public school. Seeing how difficult this is for the students, one teacher decided to bring school closer to the children.

Anita Castillon, 62, has been teaching Tboli children for 18 years. After building her own private school – the Marmylone Learning Center – she put up 3 indigenous peoples (IPs) schools in two mountain barangays in Lake Sebu.

“Hinahanap-hanap ko ‘yung trabaho ko para sa [mga tribo], so nagkaroon ako ng extension school doon sa bundok (I miss my work for the tribe, so we built an extension school up the mountains)…and then I put up a Kindergarten. We have no money at all. I bring only my experience,” Castillon tells Rappler in an interview.

The tuition system in her Indigenous Learning Schools is not only affordable; it also keeps Tboli families involved in their children’s schooling.

Students can enroll in any of the 3 schools for P20 per month, but their parents are required to maintain a garden – the food source of the schools’ feeding program. Some parents even assist in cooking the meals for the children.

(What I want is for parents to have the responsibility to pay for their child’s learnings, because if it’s dole-out, then the education will be nothing to them. They have to experience giving a little in order to appreciate the importance of the education of their children.)

In the IP schools, the children learn to read, write, draw, and appreciate their own indigenous culture. The parents read folktales to the children and lead in the singing of songs and chants.

(They are interested to study because it’s their cultur. So that’s the advantage when you use their culture in teaching because they appreciate it, they experience it. so it’s effectiveness in class is there.)

Outside school, Castillon helps hundreds of families toward self-sustenance through nutrition and livelihood programs. Her community-driven approach to education in Lake Sebu was recognized by the Ramon Aboitiz Foundation Incorporation in its recent Triennial Awards.

She won the Ramon Aboitiz Award for Exemplary Individual. With her prize money, she wants to build another school so more children can study. She says being in school boosts the kids’ self-esteem.

(They want to finish their studies in order to help their parents…and to improve their lives.)

The National Commission on Indigenous Peoples (NCIP) estimated that there are more or less 14 million IPs in the country belonging to 110 ethnic communities.

Citing the NCIP, the International Labor Organization said majority or 61% of IPs in the Philippines live in Mindanao, a third or 33% live in Luzon, and the rest (6%) can be found in the Visayas.

A 2004 study conducted by the EED Philippine Partners Task Force for Indigenous Peoples’ Rights in 8 indigenous communities revealed that 1 of 3 indigenous children will most likely drop out of primary school and not graduate.

Aside from funding education capacity-building initiatives for IPs, the education department also developed the Alternative Learning System curriculum for IPs education – a curriculum used by Castillon’s Indigenous Learning Schools to address the needs of the learners. 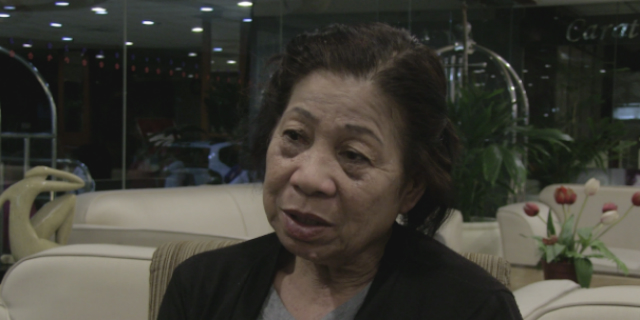 But Castillon wants to do more for the kids in Lake Sebu, even in her retirement years. For young teachers who are just starting their careers and may be considering teaching young IPs, she warns that the road is anything but easy.

She calls the Tboli community her home, and she has nothing but praises for the ethnic group’s values and culture. Her plea is for the government, especially at the local level, to serve them better.

(They live far from opportunities. Our villages, our councilors, our mayors must take on the responsibility. The mayor should start developing communities living in the outskirts until the development reaches those at the center.) – Rappler.com