Aquino on ex-LTO chief Torres: I can’t be friends with someone who ‘uses’ me 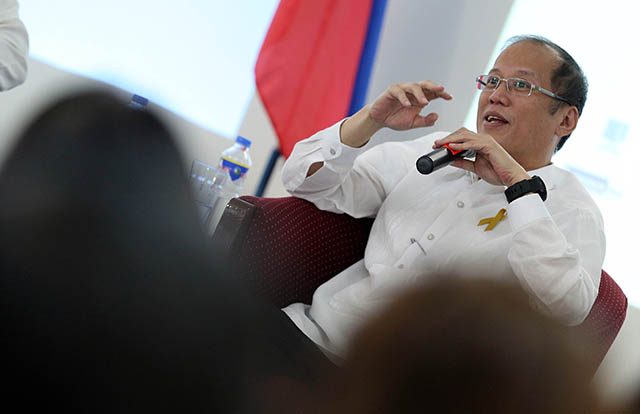 Facebook Twitter Copy URL
Copied
(UPDATED) Despite this, Aquino is quick to give Torres the benefit of the doubt, saying it is illogical to facilitate sugar smuggling when it will depress prices of the product she has invested in

MANILA, Philippines (UPDATED) – President Benigno Aquino III said he could not be friends with someone who “uses” him – this,  amid allegations of influence peddling against his friend, former Land Transportation Office chief Virginia Torres.

Torres, reportedly a shooting buddy of the President, allegedly attempted to negotiate an illegal deal involving P100 million worth of smuggled sugar with the Bureau of Customs.

Torres allegedly dropped Aquino’s name during her visit to the BOC and said the sale from the smuggled sugar would be used for the 2016 elections.

“If our friendship is based on your ability to use me, well therefore, we are not friends. If your interest, your aims are contrary to what I want to do, then we also cannot be friends,” Aquino said in an interview with ANC on Tuesday, September 22.

Aquino said he only found out about it through the papers and has yet to talk to Torres.

(The definition of friendship is that, you know this is my way. If you do something that runs counter to this, we are not friends. If you attribute to me something I cannot do or was unable to do, or if you did something you know I won’t do, we are no longer friends. Smuggling definitely is not okay. Influence-peddling is not okay.)

Despite this, Aquino was quick to give Torres the benefit of the doubt.

After all, he said, something does not add up with the reports against Torres. He said Torres has leased land in Tarlac after her LTO stint and is a new sugar planter.

“Does it make sense for her to facilitate sugar smugglers that will depress the prices of the product that she has invested in? That is the only thing na off hand. Hindi yata logical ito (It does not seem logical),” Aquino said.

Torres retired from government in October 2013, after she figured in a viral video showing her playing in a casino.

No choice but to probe Torres

During his visit to Apayao province on Wednesday, September 23, Aquino told reporters that there is no way for him to stop or protect Torres. He said he had not protected any of his allies from suits.

“Maraming malapit sa akin na nakasuhan na rin…. Kung lihis na lihis yung landas mo, bakit kita tutulungan?” Aquino said. (A number of people close to me have been charged. If your path has diverted [from ours], why would I help you?)

He mentioned former Isabela Governor and election commissioner Grace Padaca and some of his Cabinet members who were allegedly involved in the pork barrel scam.

Although he cannot order a new investigation because agencies already started investigating Torres, Aquino gave assurances that someone woud be held accountable, if a wrongdoing is proven.

Aquino said Torres is planning to file libel suits against those who brought the issue out.

(She said in a text message to a friend that she plans to file cases because the allegations thrown at her are too much.)

But Aquino said she has all the right to file cases to clear her name. – with a report from Raymon Dullana in Apayao/Rappler.com