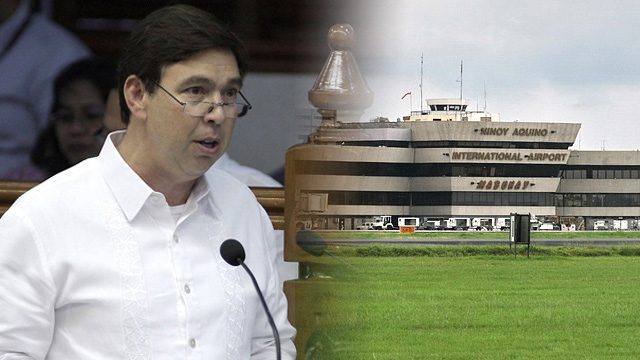 Recto made the announcement on Saturday, September 26, following the latest allegations by  two passengers that NAIA personnel had planted bullets in their handcarried luggage to extort money from them.

“On Monday, through a resolution, I will seek an official Senate probe into the matter and into other schemes and scams that defraud, swindle, or deceive our airline passengers,” Recto said.

He cited “horror tales of passengers who have been duped by criminals and con artists in NAIA” found all over social media.

The senator said that the alleged “bullet planting” modus operandi at NAIA is just the latest in a string of allegations against its personnel, which includes “pilferage of baggage, the forced shepherding of passengers into unaccredited taxis, the illegal search on travelers for suspicion of carrying extra cash.”

No ‘tripwire’ vs abuse

Recto said while such incidents “are far from being the norm, and are committed or countenanced by a few government employees” these should be investigated “as they give the whole government a black eye” and show that government agencies operating in NAIA “have failed to curb the abuses on their own.”

“There is no working system that is ‘guarding the guards.’ A functioning internal affairs system would have served as a tripwire that would have caught these problems early on and reprimands would have been meted out,” he said.

The senator said the situation is further compounded by the “alphabet soup of government agencies operating inside NAIA, functioning as independent republics, with no super agency conducting an oversight.”

“Authorities could have invited other agencies like the NBI to put under surveillance airport personnel involved in shenanigans, thereby nipping the practice in the bud, but apparently this was not done,” Recto said.

Recto also said that public officials found guilty of planting ammunition to frame up another person would spend a life term in jail, as provided by Republic Act No. 10591 or the Comprehensive Law on Firearms and Ammunition.

“So this should be slapped on the airport personnel who inserted a bullet in the baggage of the American missionary and the Filipino balikbayan, if, after an investigation would yield the finding that there is reason to believe that they had indeed committed the offense,” he said.

The Filipino balikbayan is Filipino-America Rhed Austria de Guzman, who complained about the alleged “bullet scam” at the NAIA Terminal 2 in her Facebook post.

De Guzman said she NAIA security claimed to discover two bullets in her baggage when it went through the X-ray machine.

When she denied she put them there, she said NAIA2 personnel asked for P500, in exchange for glossing over the alleged lapse. Even as she pleaded innocence, De Guzman said she paid them just to get it over it.

The two personnel had been relieved and are under investigation, NAIA officials said.

American missionary Lane Michael White had accused NAIA security personnel of planting a bullet in his luggage in a bid to extort P30,000 from him, earlier this month.

The 20-year-old White, however, refused to pay, and spent 6 days at the NAIA terminal 1 police aviation facility until he posted a P40,000-bail.

In April last year, a Filipino Philippine Airlines passenger who had just arrived in Manila from Hawaii was arrested at the NAIA2, after Customs officials allegedly detected  bullets in his luggage when it passed the X-ray machine. (READ: Filipino bringing bullets from Hawaii seized at NAIA) – Rappler.com