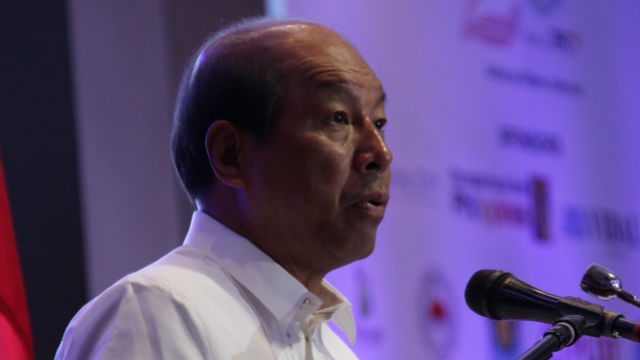 The Office of the Ombudsman made the statement on Wednesday, September 30, as it announced the result of its Field Investigation Office’s fact-finding investigation into the utilization of DAP funds for the period 2011 to 2012.

“The special panel of field investigators said that Abad and Relampagos authorized the DAP sourced from pooled savings as ‘a plan to boost disbursements’ and ‘to jumpstart the implementation’ of the government’s expenditure program,” the Ombudsman said.

“As authorized, the DAP projects were identified based on their ‘multiplier impact on the economy and infrastructure benefit, beneficial effect on the poor and translation into disbursements,'” it added.

The special panel of field investigators noted irregularities in the cross-border DAP transfer transactions to the Commission on Audit  (COA) and the House of Representatives (HOR), the Ombudsman said.

Investigators said P250 million (about $5.3 million) – sourced from the P31.9-billion DAP funds (about $670 million) – was released to the HOR for the construction of its legislative library and archive building/congressional e-library.

“Field investigators noted, however, that the HOR project ‘is not among those approved by the President,'” the Ombudsman said.

The investigators also said that P143.7 million (about $3.6 million) was released to the COA to augment its IT infrastructure program and hiring of additional litigation experts as per approved Special Allotment Release Order (SARO).

“Abad prepared and signed all memoranda and issuances concerning DAP implementation while Relampagos signed the corresponding SAROs to COA and HOR,” the Ombudsman said.

Under Article 220 of the Revised Penal Code, the crime of technical malversation is committed by a public officer who disburses public funds or property for a purpose different from which they were originally appropriated by law or ordinance.

The office added that a special panel of lawyers had been constituted to conduct the preliminary investigation.

“The FIO also recommended that the issue on the utilization of funds to DAP projects in the Executive department be referred to the COA for special audit,” the Ombudsman said.

In 2013, various groups filed petitions before the Supreme Court against the implementation of DAP, which they believed to be unconstitutional.

In its original ruling, the High Court held that DAP authors and project proponents and implementors could be held liable “unless there are concrete findings of good faith in their favor by the proper tribunals determining their criminal, civil, administrative and other liabilities.”

Under the 2015 SC ruling, only DAP authors – and not project implementors – are possibly liable.

The Department of Budget and Management (DBM) welcomed the preliminary investigation on its officials over the DAP and expressed its readiness to “cooperate with the Office of the Ombudsman in the course of their investigation.”

“Not only will the inquiry enable the parties to present their views on all remaining issues involving DAP, we likewise trust that the Ombudsman will conduct the investigation with the soundest judgment,” the DBM said in a lengthy statement.

“We look forward as well to the inquiry’s swift and fair conclusion,” it added.

The DBM noted that the DAP is not unique to the Aquino administration, and was implemented under different names by previous Philippine presidents and their respective budget secretaries, to boost the economy.

It also cited the positive impact of the DAP on the Philippine economy, which the Supreme Court itself had observed. – Rappler.com