Another Lumad leader killed in Mindanao 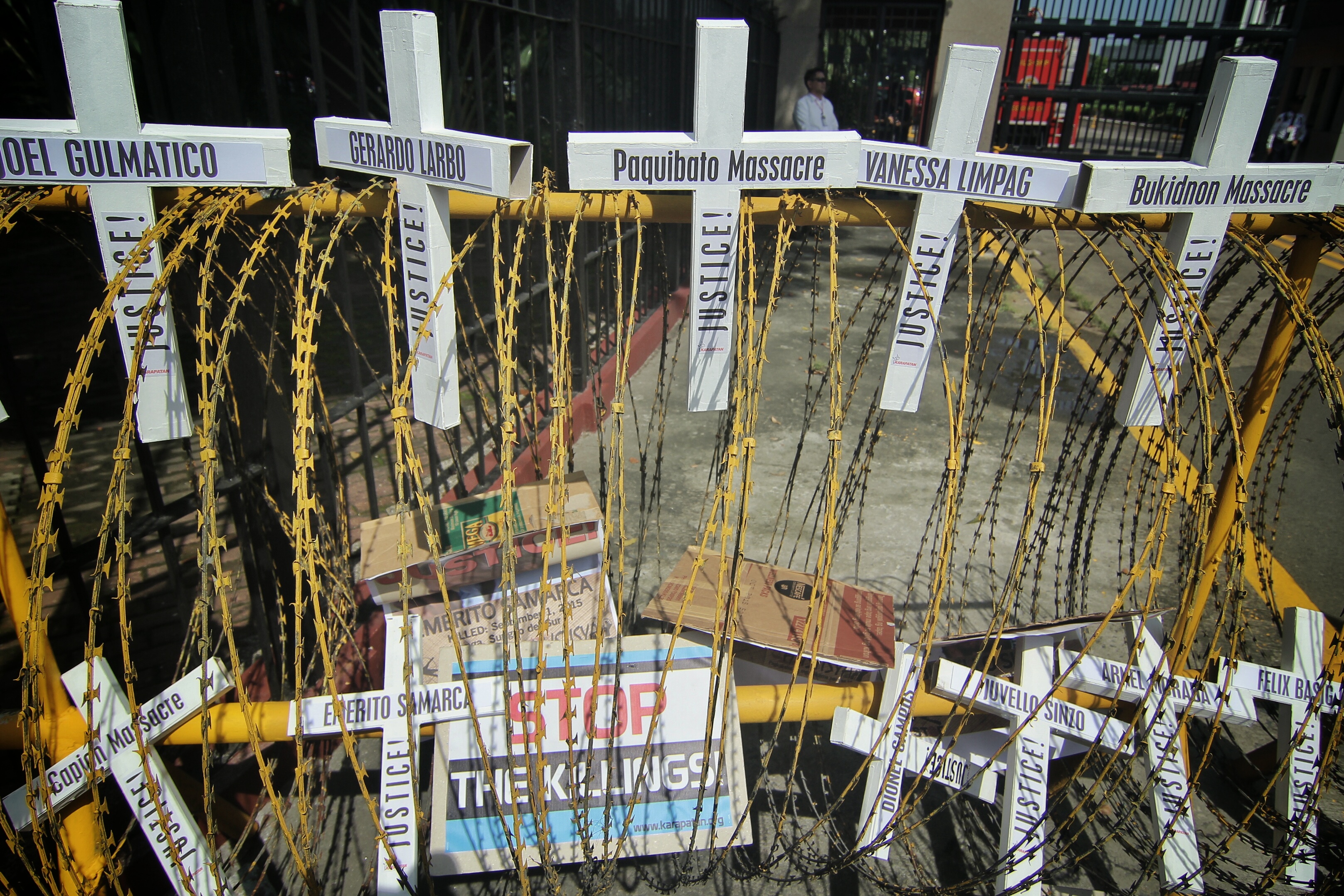 DAVAO CITY, Philippines – Even as the recent cases of attacks against the Lumad in Mindanao remain unresolved, another leader of the indigenous people was killed by armed men in Agusan del Sur on Monday, September 28.

The Rural Missionaries of the Philippines identified the victim as 44-year-old Lito Abion of Lumad organization Tagdumahan.

Abion was gunned down by 3 motorcycle-riding men in the village of Doña Flavia in San Luis town at around midnight Monday. (READ: TIMELINE: Attacks on the Lumad of Mindanao)

The incident is the latest in a spate of Lumad killings, which had sparked calls for a government probe on the attacks, the latest from the Catholic Bishops’ Conference of the Philippines (CBCP). (READ: CBCP dares Aquino admin: Probe Lumad killings)

Acting on Palace orders, the Department of Justice formed a 16-member fact-finding team to probe the attacks against Lumads in Mindanao, composed of members of the National Prosecution Service (NPS) and the National Bureau of Investigation, with NBI Deputy Director Edmundo Arugay, as overall team head.

According to local groups and the Association of Major Religious Superiors in the Philippines (AMRSP), the militia group Magahat Bagani Force – believed to be backed by the military – is the alleged perpetrator of crimes against  Lumads.

About 2,970 internally displaced residents from the towns of Lianga, Marihatag, San Agustin, San Miguel, and Tago are staying at a sports complex in Tandag City, Surigao del Sur, following a violent rampage reportedly committed by paramilitary groups and the ongoing military operations in the area. (READ: Lumad, caught in the middle of a war)

Majority of the displaced Lumads fled their community in the village of Diatagon after the Magahat-Bagani allegedly killed Emerito “Emok” Samarca,  Dionel Campus, and Aurelio Sinzo on September 1.

Samarca is executive director of the Alternative Learning Center for Agricultural and Livelihood Development (ALCADEV), a privately-operated but government-regulated learning institution that provides basic and technical education to Lumad children in communities rarely reached by government services

Campus was a community leader and chairperson of the indigenous people group Malahutayong Pakigbisog Alansa sa Sumusunod (Mapasu), which is known for its strong campaign for the protection of ancestral lands and its drive against human rights violations targeting indigenous people. – Rappler.com