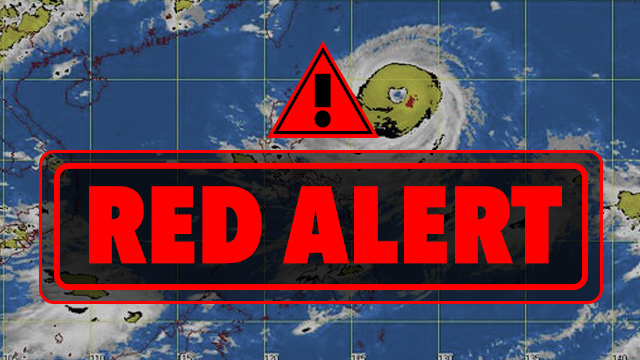 The NDRRMC is scheduled to brief President Benigno Aquino III on Typhoon Lando on Friday afternoon.

Senior disaster officers are assigned to their respective operation centers to monitor the typhoon. At the national level, the NDRRMC is regularly conducting a pre-disaster risk assessment (PDRA).

The PDRA is a tool that identifies possible risks and impacts of particular hazards in specific areas over a particular period of time.

The alert also means all agencies under NDRRMC and its offices in affected areas must report to their headquarters 24/7.

As of 4 pm Friday, state weather bureau PAGASA estimated the center of Lando at 510 km east of Baler, Aurora, with maximum sustained winds of 130 km/h near the center and gustiness of up to 160 km/h.

The Japan Meteorological Agency classified Lando as a typhoon with a strong intensity.

It is moving west in direction and moving closer to the Isabela-Aurora area at 15 km/h, with heavy to intense rainfall estimated within the typhoon’s 600-km diameter.

The typhoon is expected to make landfall on Saturday early morning, October 17. PAGASA said Northern Luzon and Central Luzon should brace for moderate to heavy and heavy to intense rains from Saturday to Monday, October 19. – with a report from Aika Rey/Rappler.com

Check if your mayors are conducting preparedness activities that LGUs should be enforcing in areas expected to be affected by Typhoon Lando. Tell us how prepared your LGUs are through email (move.ph@rappler.com) or Twitter (@moveph).