Oct 25, 2015 11:34 PM PHT
Facebook Twitter Copy URL
Copied
Vergara, who was named National Scientist in 2001 for his contribution on rice research, dies at the age of 81 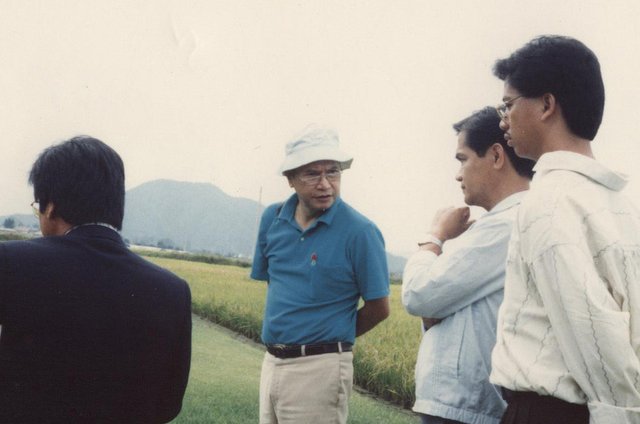 Vergara’s death is confirmed in a Facebook post by the Philippine Horticulture Society Inc. (PHCI), where he served as an honorary member.

The cause of death of the 81-year-old Vergara is not immediately clear.

Vergara was given the title National Scientist in 2001 due to his significant contribution on rice research.

In an Instagram post by the National Academy of Science and Technology (NAST), Vergara is said to have brought “rice science and technology closer to the popular consciousness.”

“He worked on the physiology of deep-water rice and flood-tolerant rice plant. His work has been adopted by national breeding programs leading to the identification of parent materials with excellent flood tolerance,” said in the post.

NAST added that he is also behind the “conceptualization of a model for the super rice, an even higher-yielding rice, based on a new ideotype with the correct panicle morphology, grain development, and low tillering habit as key components.”

Vergara worked at the International Rice Research Institute (IRRI) from 1961 until 1995.

His other contributions include the book Farmer’s Primer on Growing Rice which has been translated into more than 40 languages, and the development of the Riceworld Museum and the Philippine Science Heritage Center.

According to PHCI, Vergara’s body lies at the Arlington Memorial Chapel in Quezon City from October 25 to 26. It will then be brought to Los Baños in Laguna for a wake until October 28. – Rappler.com