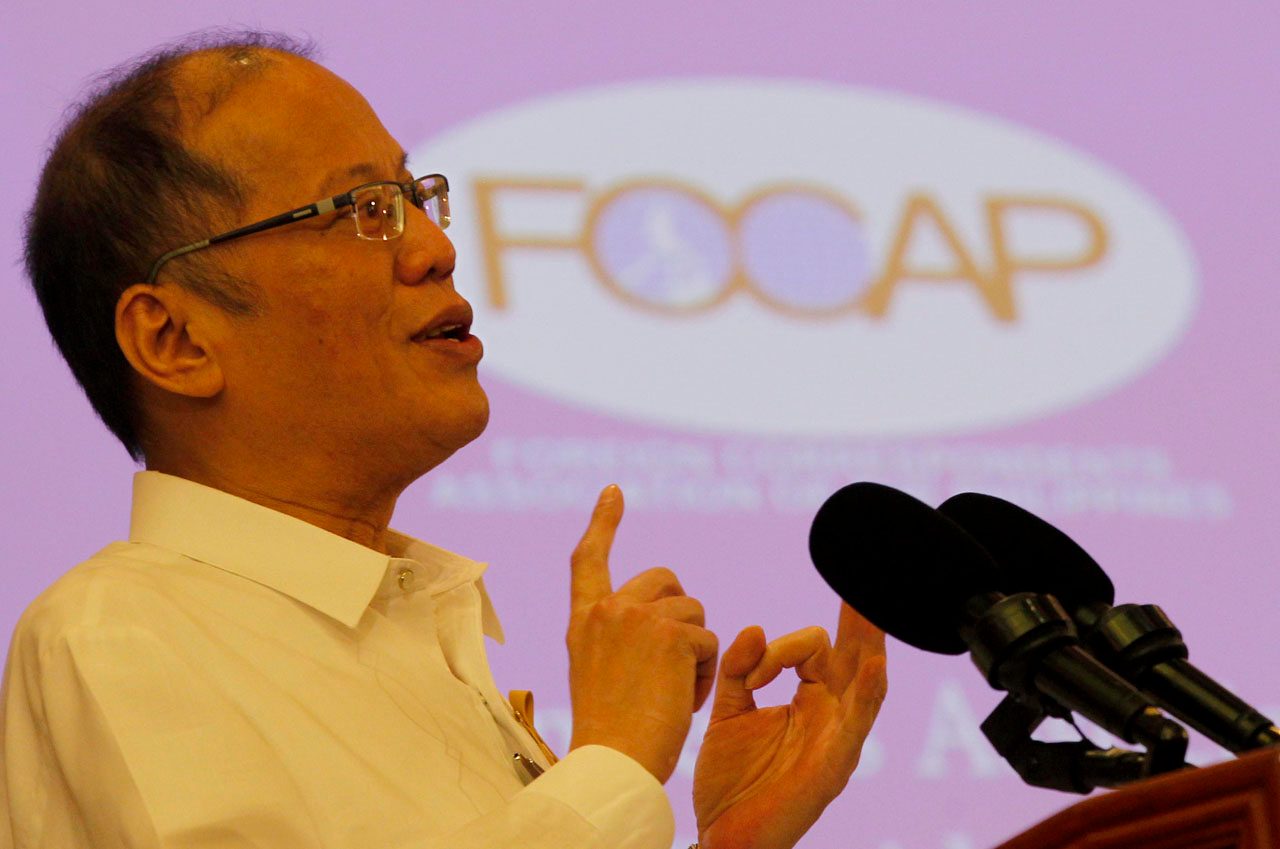 Facebook Twitter Copy URL
Copied
Chinese President Xi Jinping, however, has yet to confirm his attendance in the APEC Leaders' Summit in Manila next month

MANILA, Philippines – President Benigno Aquino III said on Tuesday, October 27, that he is “very open” to bilateral discussions with Chinese President Xi Jinping on the sidelines of the Asia-Pacific Economic Cooperation (APEC) Leaders’ Summit in Manila next month.

“Currently, there is no schedule for a bilateral talk, but we are very open to it,” Aquino said at the Foreign Association Correspondents of the Philippines’ (FOCAP) annual presidential forum, when asked about a possible meeting with Xi at APEC Manila.

He said there are other leaders who have indicated they want to hold bilateral discussions with him, including those who will conduct their state visit to the Philippines ahead of the summit. Aquino did not mention any names.

Aquino and Xi had an informal chat during the APEC Summit in Beijing last year. Foreign Secretary Albert del Rosario earlier said that a second meeting, this time in Manila, is possible.

Aquino said he expects China to support the Philippines in the same way that it had supported that country’s APEC hosting last year, though Beijing has yet to confirm Xi’s attendance to the Manila meeting.

“We have formally transmitted the invitations to President Xi Jinping. We were very supportive with China when they hosted. We assume that our big brother to the West will also be as supportive. We have not yet received confirmation as to who will be attending,” Aquino said.

If that meeting happens, Aquino said his central message will be a reiteration of previous statements he had made to Chinese leaders in past meetings.

“All our governments are supposed to be there for the improvement of the lot of our people, improvement in their lives, and this can only happen if there’s stability,” he said, summing up his message to China.

The Philippines and China are embroiled in a dispute in the West Philippine Sea. The Philippines has a pending case against China before the international arbitral tribunal in The Hague.

He noted that Philippine investments in China far outweigh Chinese ventures in the Philippines.

“Obviously, it profits both to really be able to manage the issues that have a conflict between the two parties, and go back to a concentration on that which can be beneficial for both sides,” the President said.

The Philippine leader made the statement as two fellow APEC member-economies – the United States and China – clashed over the passage of the USS Lansen through disputed waters claimed by China, which deemed the move as a “threat” to its sovereignty.

Aquino brushed aside suggestions that potential security concerns over the USS Lansen incident may overshadow the Philippines’ APEC preparations.

Aquino said he would strive to be the “perfect host” at the APEC Summit. “I’d like to be the perfect host to all of my counterparts including the observer, and in the two days, primarily, obviously I will try to engage all 21 in fruitful conversations.”

He said he looks foward to attaining the “goal” of the APEC Summit which is “cooperation and community.” – Rappler.com