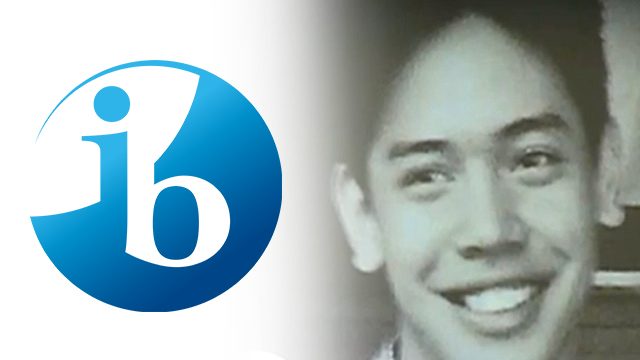 MANILA, Philippines – The International Baccalaureate (IB) said their academic honesty regulations – including rules on plagiarism – are applicable only to works submitted to them and not to earlier drafts. This clarification was made in relation to the alleged plagiarism case that involved former British School Manila (BSM) student Liam Madamba.

The non-profit educational foundation revealed this in a recent letter to Senator Sergio Osmeña III, after the Senate committee on education, arts, and culture came out with a report slamming the BSM for its handling of events that followed Madamba’s death.

A day before, he and another student were instructed by their teacher Natalie Mann to write a letter of reflection for plagiarizing a paragraph in a first-draft Theory of Knowledge (TOK) essay. The TOK is under the school’s IB Diploma Program.

According to a report from an independent review panel, the students saw the reflection process as a punishment.

Can plagiarism be committed on a first draft of a TOK essay, prior to the submission to the IB of a TOK final draft?

The IB’s Academic Honesty regulations only apply to work submitted to the IB, not to earlier drafts.

Osmeña said in a text message to Rappler on Friday, October 30, that as far as the IB is concerned, “no plagiarism was committed.” (READ: Osmeña: ‘Plagiarism happens’ but how do teachers react?)

“In my understanding, the actual ‘crime’ of plagiarism is not committed [through] drafts but [through] the submission of the final essay,” the vice chair of the Senate committee added.

The next question was more specific, asking if Madamba and the other student actually committed plagiarism.

Did Liam Madamba and Issabella Ver commit plagiarism on the first draft of their TOK essay?

The IB did not have sight of the first draft TOK essays, so no comment can be provided.

The other questions focused on whether Mann followed IB regulations when she dealt with the students.

Do IB regulations require a student to write a TOK essay on a new topic selected by the teacher, if the said student was determined to have committed plagiarism on the first draft?

No. IB regulations have no requirement for a student to choose a new topic.

Do IB regulations require that a student write a new TOK essay under timed conditions, if he/she is determined to have committed plagiarism on the first draft?

No. IB regulations do not require any TOK writing under timed conditions. The submission date for the final version of the TOK essay is the only deadline enforced by IB.

The Senate committee report released September slammed BSM for not placing the teacher under preventive suspension, for allowing her to go on leave of absence, and for approving her resignation later on.

Liam’s death happened just as the school – established in 1976 – was seeking official recognition from the state through Senate Bill (SB) 2147.

After the Senate committee hearings, a substitute bill – SB 2975 – was submitted to indicate that BSM, even as an educational institution of international character, must also be subject to applicable government laws, rules, and regulations. – Rappler.com