The so-called laglag-bala scam has grabbed headlines in the past weeks, after a perceived spike in cases where passengers were caught with ammunition in their bags during the security screening in the country’s main airport.

Government officials led by Transportation Secretary Joseph Emilio Abaya said preliminary checks into the issue don’t support allegations of a syndicate in NAIA while saying the government is probing airport security for lapses in its security procedures.

At least 40 personnel from the Office for Transportation Security (OTS) are being investigated for suspected lapses.

In a press briefing on Wednesday, November 4, the Transportation Department’s OTS Administration Roland Recomoco outlined the changes the unit, which is distinct from the Philippine National Police (PNP)’s Aviation Security Group, have introduced since reports of the supposed laglag-bala scheme surfaced:

AIRPORT SECURITY HANDS OFF. There are two security checks in Philippine airports – one at the entrance of the airport and another right before the pre-departure lounge. When X-ray operators find a suspicious item during their scan, the screenshot of the image is shown to the owner of the bag.

The passenger is then asked to bring the bag to the inspection area, after which a baggage inspector asks for permission to open the bag then search it in the presence of its owner. Passengers who refuse to have their bags checked are refused entry to the airport.

This has since changed. “Only the passenger touches the baggage, removes the items within, and inspects the compartments of the bag to be able to locate that particular suspicious item,” said Recomoco.

Following allegations that OTS personnel plant bullets during the search, airport officials have made it a rule that only the bag owner can open and search the bag himself. This step, however, can be tricky should the bullet turn out to be a planted item – doing the search would mean the passenger transfers his or her fingerprints onto the ammunition.

(Our concern here is for the screener to do his job because he’s only ensuring that the ammunition doesn’t reach the aircraft. That’s not allowed and that causes bigger damage.) 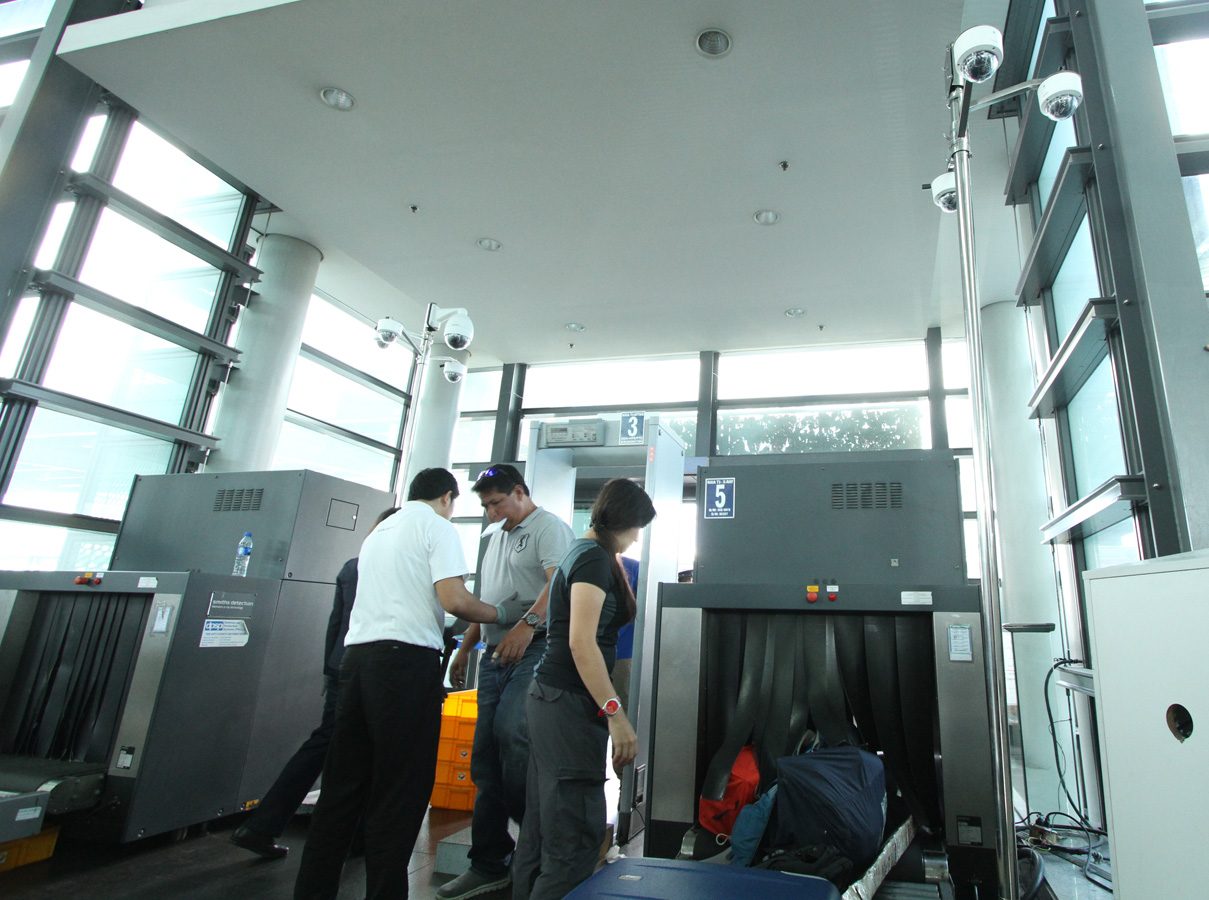 MORE CCTV CAMERAS. On November 2, Monday, the more closed circuit television (CCTV) cameras were added to screening stations. Footage from those cameras may also be used in investigations.

“The CCTVs will also serve as a deterrent to those with nefarious plans and reduce opportunities for extortion by scalawags,” said Recomoco.

INFORMATION CAMPAIGN. During the press conference, transportation and security officials said there were cases wherein passengers simply did not know that ammunition is now allowed inside airports.

“Even before any incidents were reported, OFWs (overseas Filipino workers) and their families receive information about prohibited materials in pre-departure seminars conducted, which began as a joint initiative between OTS and OWWA (Overseas Workers Welfare Administration),” said Recomoco.

Honrado also floated the possibility of installing TV monitors in all departure gates to inform travellers of what is and what isn’t allowed inside airports.

“We are doing our duty, and I assure you, we are very serious about it,” said Abaya.

While officials were briefing media on the government’s response to the alleged laglag-bala scheme, a traveller was caught with ammunition inside his luggage a few meters away.

Reynaldo Salado said the bullet was his, an amulet from a friend. Salado, who was supposed to fly to Cagayan de Oro City to attend the funeral of his father, was immediately taken to the Aviation Security Group office in NAIA 3 amid the glaring and intrusive lights of media covering the press conference.

Republic Act 10591 sanctions those caught with unauthorized ammunition for the mere possession of it, regardless of intention. – Rappler.com