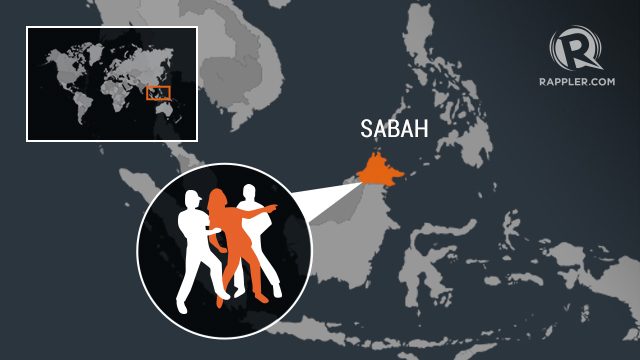 Facebook Twitter Copy URL
Copied
Thien Nyuk Fun and a Malaysian man were abducted in May from a restaurant in Sabah, with investigators blaming Philippine group Abu Sayyaf

MANILA, Philippines – Muslim bandits in the Philippines have released a Malaysian woman they had been holding for nearly 6 months, authorities said Monday, November 9.

Thien Nyuk Fun and a Malaysian man were abducted in May from a restaurant in Sabah, with investigators blaming Philippine group Abu Sayyaf, an organization infamous for kidnappings-for-ransom.

The man captured at the same time was not released.

“I wish to thank all of them (authorities) for working hard to bring Thien home,” Sabah Chief Minister Musa Aman said in a statement carried by the official Bernama news agency, confirming her release.

The Filipino police statement gave no other details, including who the abductors were or why Thien was released.

Jolo, an island about 1,000 kilometers (600 miles) from Manila, is the Abu Sayyaf’s main stronghold. It is about 300 kilometers from Sabah.

In the past, the Abu Sayyaf have released hostages only after hefty ransoms were paid.

They have also beheaded captives if their demands were not met.

Thien’s freedom followed months of negotiations and coordinated effort by authorities at many levels, Bernama quoted the Sabah official as saying.

Founded in the 1990s with the help of Al-Qaeda mastermind Osama Bin Laden, the Abu Sayyaf has been blamed for some of the worst terror attacks in Philippine history, including bombings and kidnappings for ransom.

The group is currently holding two Canadians, a Norwegian and a Filipina seized in the southern Philippines in September, as well as a Dutch bird watcher abducted in the same region in 2012.

They are also widely believed to holding an Italian pizza restaurant owner abducted in October.

The Abu Sayyaf has staged cross-border raids into Malaysia before.

In the most spectacular case, Abu Sayyaf gunmen seized 21 European and Asian tourists from a dive resort on Sipadan island in April 2000.

The hostages were released in batches after a ransom was paid the following year.

A 74-year-old South Korean who was kidnapped by the Abu Sayyaf in January, was found dead earlier this month in Jolo after he apparently succumbed to illness while in the extremists’ hands. – Rappler.com