Hontiveros to tobacco firms: No excuses, use graphic health warning 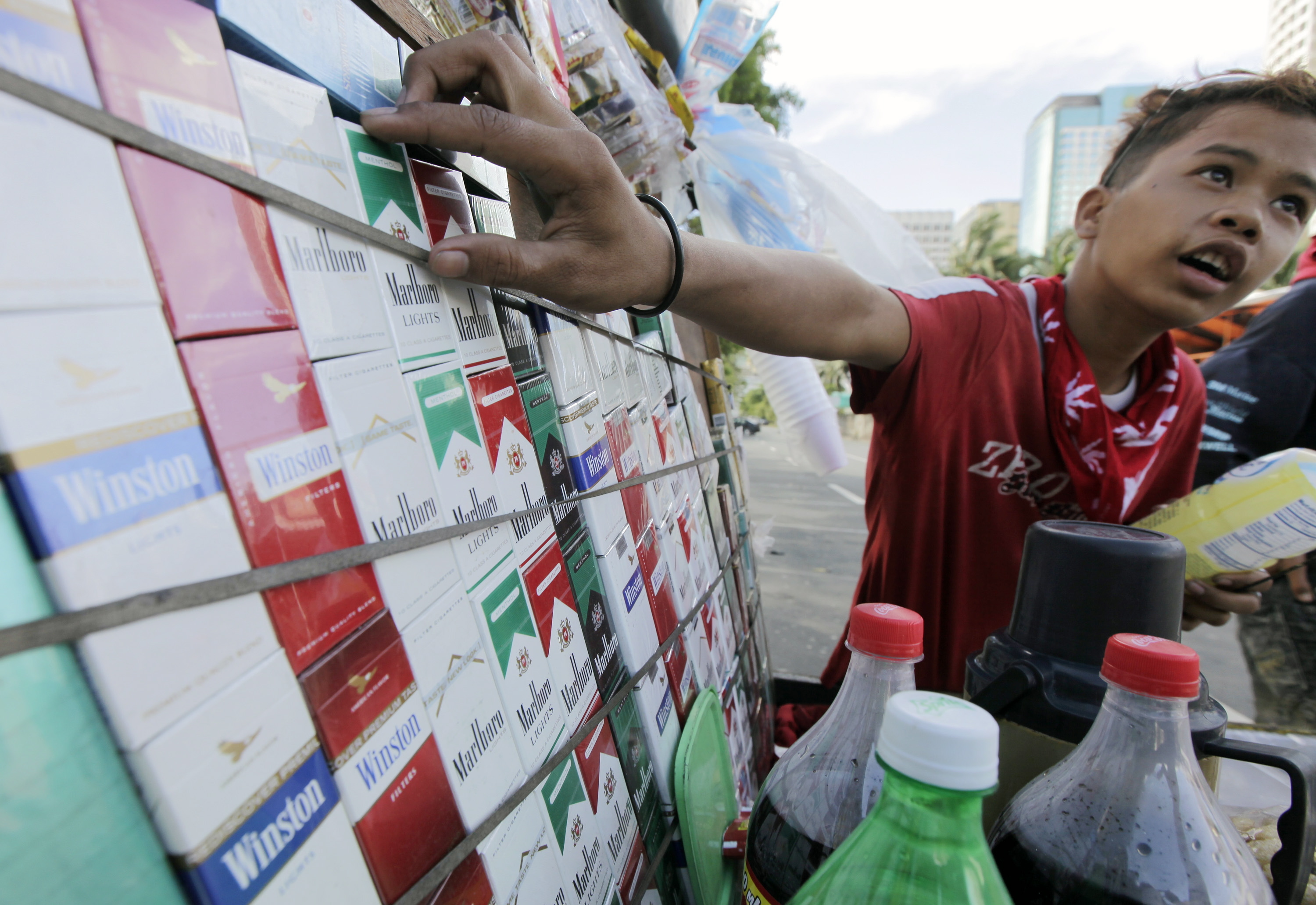 “The tobacco companies already had one year to comply with the measure. They should stop making excuses and comply with the law,” she said in a statement on Wednesday, November 11.

Her statement comes as health advocates slammed the delay in the implementation of Republic Act 10643 or the Graphic Health Warnings Law – a measure enacted in July 2014.

For them, the rollout of scary cigarette packs nationwide should’ve began on November 5 or exactly a year after the initial templates were released by the Department of Health (DOH) on November 5, 2014.

But DOH said the release had been pushed back to March 2016, since the templates went through revisions. The revised templates were published only in March 2015.

The new deadline spells a 4-month delay, which could mean more lives at stake, according to Hontiveros. Every day, 240 Filipinos die from major tobacco-related diseases. That’s equivalent to 87,600 premature deaths per year.

“With every day that the law’s implementation is delayed, more lives are on the line. The announced 4-month delay would have been equivalent to another 28,800 deaths from smoking-related diseases which we could have prevented,” said Hontiveros, who is also running for senator in the 2016 elections.

She said the delay would also put more young Filipinos at risk of getting hooked on smoking. (INFOGRAPHIC: Imagining a world with no tobacco)

As of 2007, the Global Youth Tobacco Survey said there are 4 million young smokers in the Philippines. Almost 30% of them began the habit when they were as young as 12 to 15 years old.

“I hope the government could implement this law as soon as possible. Besides, the graphic health warnings can already be put in place even as the IRR is being finalized. We are virtually in a race here against death. And death has already a lead start,” Hontiveros lamented.

Alex Padilla, chair of the DOH-GHW Implementing Rules and Regulations (IRR) committee, said the law’s IRR is already finished, but it still requires the approval of all concerned agencies.

Based on the law, the non-issuance of the IRR should not prevent the rollout of the graphic warnings.

“Compliance to GHW is a must by law; thus, manufacturers has to have GHW in all their products by March 2016, and by November 2016, all retail sales must have GHW, otherwise subject to confiscation, fines, or criminal prosecution,” Padilla said in a text message to Rappler.

According to World Health Organization standards, graphic health warnings should be placed on 50% or more – but not less than 30% – of both front and back display areas of a cigarette pack.

The Philippine law meets this standard, as it requires that warnings occupy 50% of both front and back panels. They will, however, be placed on the lower portion of a cigarette pack and not at the top as suggested by WHO. (INFOGRAPHIC: What a scary cigarette pack in PH will look like)

It took 7 years before the Philippines saw the enactment of a graphic health warning law. Health advocates say picture-based warnings are needed to warn Filipinos who cannot read or understand the text warnings printed on cigarette packs. – Rappler.com