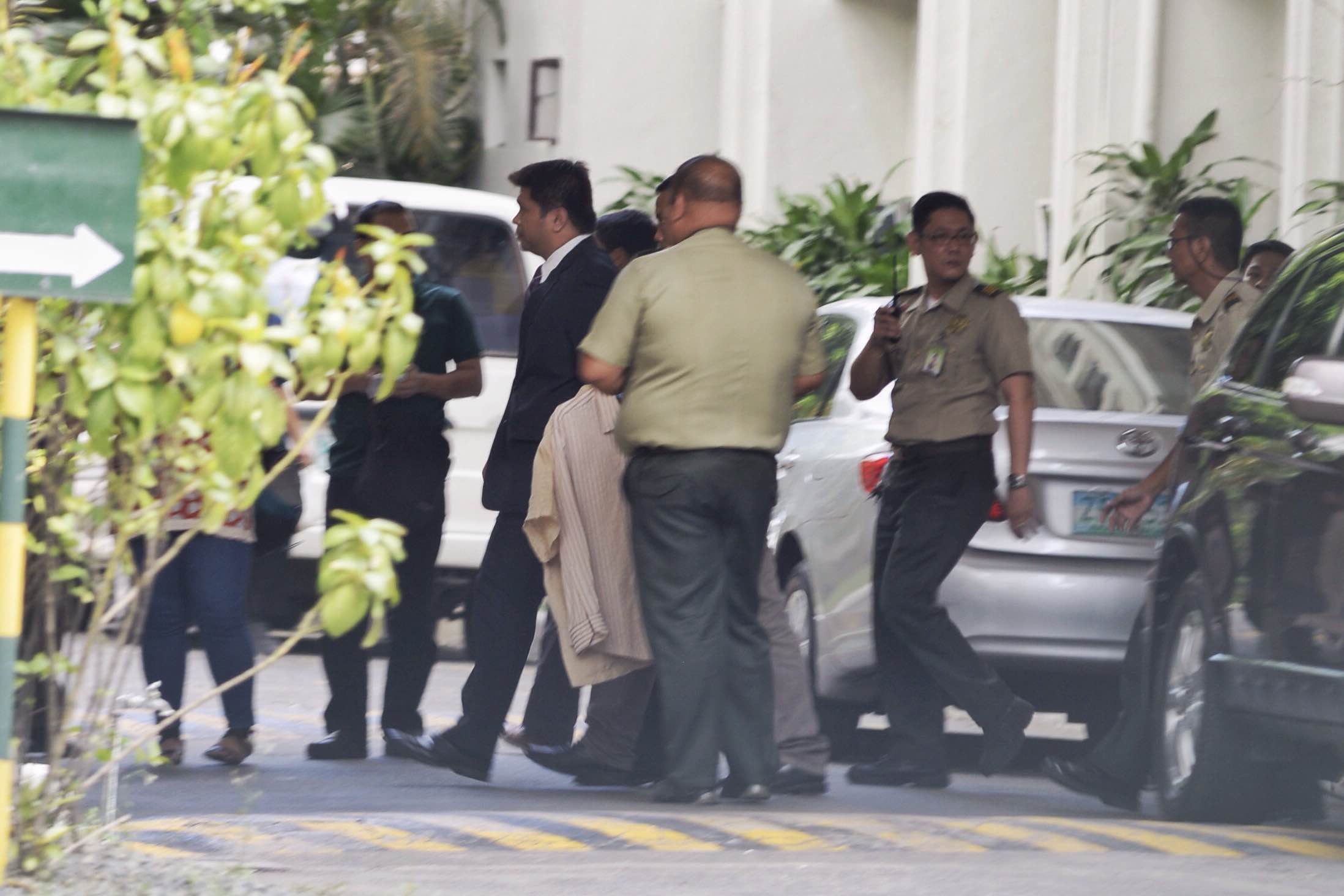 MANILA, Philippines – The second hearing on the case of former church minister Lowell Menorca II at the Court of Appeals saw lawyers of the Iglesia ni Cristo (INC) questioning the accuracy of witness testimonies against top officials of the influential church.

On Wednesday, November 11, lawyers of the INC began the cross examination of Menorca’s wife and 3 other witnesses in relation to the petition for writs of habeas corpus and amparo filed by the former minister’s relatives before the Supreme Court last month.

In the petition filed by Menorca’s sister-in-law, Jungko Otsuka, and his brother, Anthony Menorca, the petitioners claimed that INC officials illegally detained the former minister and his family for 3 months.

The petitioners also alleged that Menorca’s wife, Jinky, witnessed her husband being taken away by armed men in Sorsogon last July, to be interrogated about those critical of the church.

But under questioning from INC counsel Salvador Peña, Jinky admitted that she did not personally see her husband being picked up.

She also said that it was the family’s house help, Abegail Yanson, who told her about it.

Peña then asked for Jinky’s statement, which contradicted the petitioners’ claim, to be put on record.

The Menorcas’ lawyer, Trixie Cruz-Angeles, noted that Jinky agreed with the opposing counsel that there were errors in the petition filed by her sister and brother-in-law.

Angeles then asked when Jinky was able to read the petition. Jinky responded that she was only able to do so after their release from the INC compound in Quezon City.

During Peña’s cross examination, Angeles also objected to some of his questions that were not related to Jinky’s own affidavit.

The INC camp also sought to debunk the petitioners’ claims that the Menorcas and their house help, Yanson, lived in “deplorable conditions” while detained at the INC compound in Quezon City.

For several minutes, lawyer Jose Martin Tensuan pressed Yanson for details on their living conditions, asking about the number of rooms in the unit she and the Menorcas occupied, whether it was furnished, and whether they were allowed to wander freely in and out of the INC compound.

His line of questioning prompted CA Associate Justice Magdangal de Leon to ask Tensuan to skip to the main point.

The lawyer complied, but explained that his questions were meant to ascertain whether or not the Menorcas were indeed experiencing “horribly stressful conditions” as stated in the petition.

Answering Tensuan’s questions, Yanson said the family was able to attend worship services and even go to the Philippine Arena. But she added that there were always at least two security guards with them.

Yanson also belied statements made by her own parents, who claimed that the Menorcas are keeping Abegail against her will. They have now filed a serious illegal detention complaint against the former minister and his wife.

Menorca’s brother, Anthony, and girlfriend Roni Dumlao were the last two to take the witness stand.

The cross examination of Anthony became heated, as INC counsel Rogelio Vinluan repeatedly asked Anthony about the supposed inconsistencies between the petition he and Jungko filed and his own judicial affidavit.

Vinluan said the petition made no mention of Lowell’s transfer to Dasmariñas, Cavite, where he was arrested in July for alleged illegal possession of a hand grenade.

In his affidavit, Anthony said that he was able to visit his brother in the Cavite jail on July 25. But Vinluan, citing the petition, said that Lowell was supposedly at the INC compound in Quezon City on that date.

But Angeles objected to Vinluan’s line of questioning, pointing out that Anthony was being asked to attest to statements made and signed by Jungko Otsuka in the petition.

Meanwhile, Vinluan spent only a few minutes questioning Dumlao, after noting that her testimony was based on phone calls she received from Jinky.

The next hearing on the Menorcas’ petition is set on Tuesday, December 1, at 10 am. Lowell Menorca is expected to take the witness stand then.

Earlier, the INC camp objected to begin the cross examination of the former minister because they only received copies of his 54-page affidavit today.

The CA earlier fined the Menorcas’ lawyers P2,000 for the late submission of affidavits.

The appellate court held the first hearing on the case on November 3, with the respondents moving to have the petitions dismissed for being “moot and academic.” – Rappler.com