Nov 12, 2015 8:49 PM PHT
Facebook Twitter Copy URL
Copied
Asked who can provide CCTV footage of an alleged 'laglag-bala' incident, officials of the Office for Transportation Security and the Manila International Airport Authority point at each other 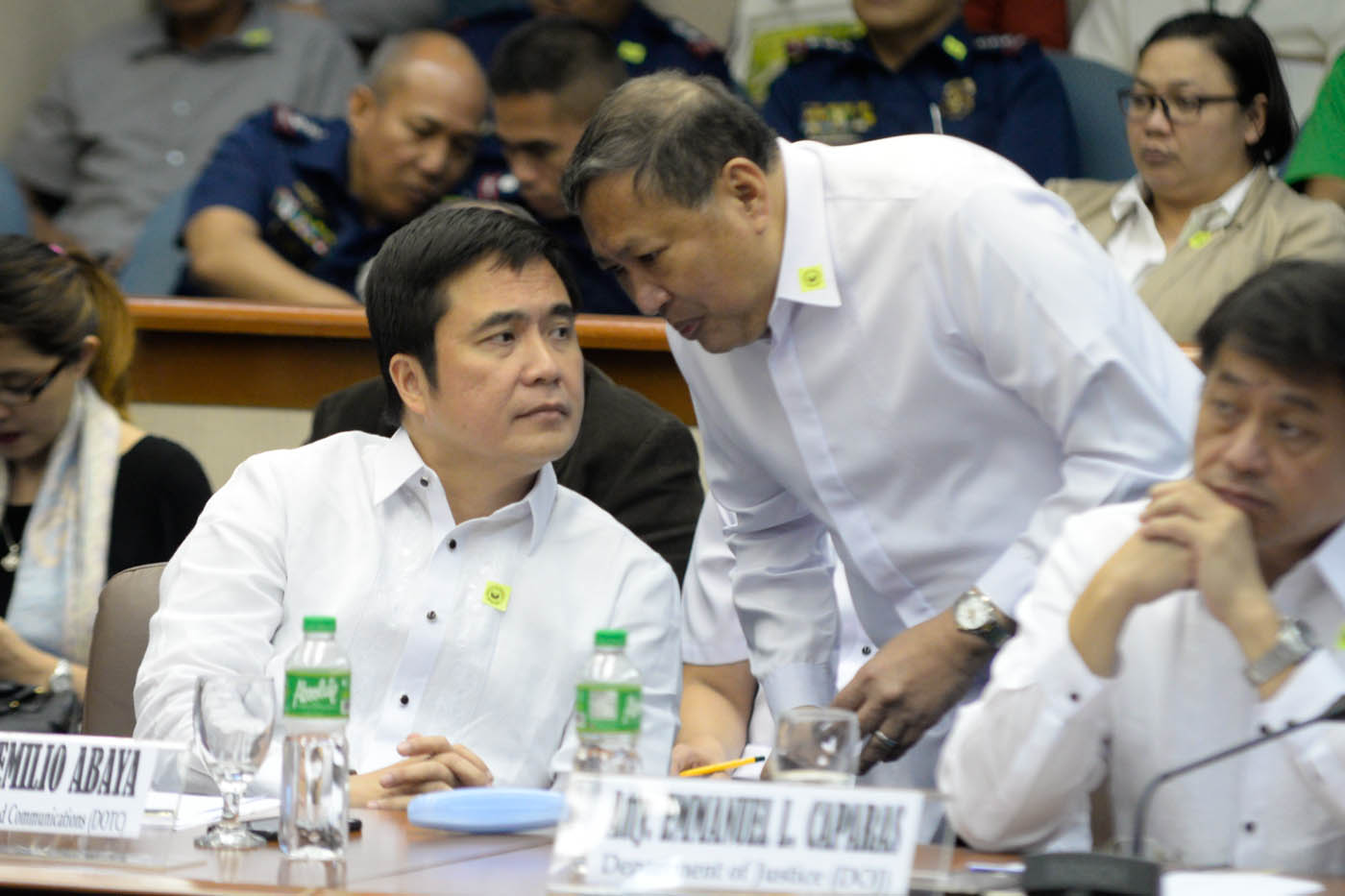 MANILA, Philippines – Airport officials got into hot water at the Senate, as lawmakers grilled them for failing to take responsibility to curb incidents of the alleged tanim-bala or bullet-planting scam at the Philippines’ premier airport.

At the Senate hearing on Thursday, November 12, officials of the Office for Transportation Security (OTS) and the Manila International Airport Authority (MIAA) pointed fingers when asked by senators which agency had jurisdiction over closed circuit television (CCTV) footage in the airport.

The family of Lane Michael White, an American missionary apprehended at the NAIA two months ago, said they requested copies of the airport’s CCTV footage from the OTS to prove that they were not carrying bullets when White was apprehended in September.

But the OTS has yet to provide the videos, delaying the charges that White’s camp plans to file against the officials who apprehended them.

Senator Teofisto Guingona III then asked OTS administrator Rolando Recomono why his office had not yet provided the videos.

Recomono said CCTV videos are not under his office’s jurisdiction, but with the MIAA.

But MIAA general manager Jose Angel Honrado disputed this, saying the videos are with the OTS.

Recomono added that he was not aware that there was a request lodged with his office.

This later prompted the Senate blue ribbon committee to subpoena the CCTV videos.

At Thursday’s Senate hearing, alleged victims of the scam recounted how they were apprehended at the NAIA for allegedly carrying bullets in their luggage.

The victims claimed that airport officials planted the bullets in their bags in an attempt to extort money from them. (TIMELINE: Recent cases of alleged bullet scam at NAIA) 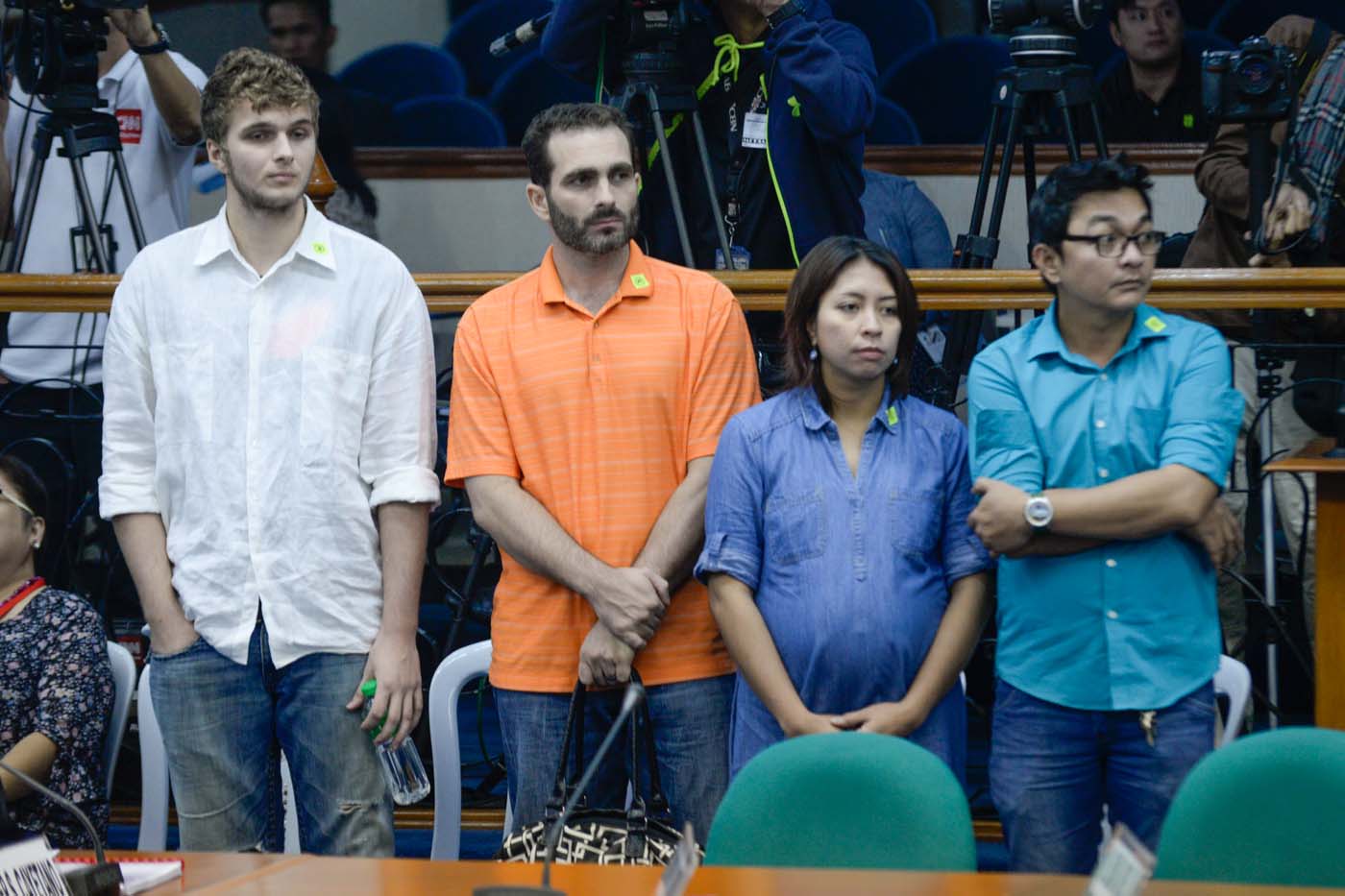 ‘Talk to the victims’

Meanwhile, Senator Alan Peter Cayetano turned his focus on the Department of Transportation and Communications (DOTC), the mother agency of the OTS.

Cayetano questioned the DOTC’s earlier promise that it would investigate the incidents, which have already gotten international attention.

The senator criticized the DOTC for investigating only airport personnel, but not getting the side of the victims of the alleged scam.

He said this was not how a proper investigation should be conducted.

“You’re waiting two months before you investigate them? While you file cases against them, you haven’t even talked to them?” Cayetano said.

DOTC Secretary Joseph Emilio Abaya later said the OTS will invite the alleged victims to a discussion as part of their investigation.

A senators has also recommended having help desks set up at the airport, staffed by lawyers from the Public Attorneys’ Office. – Rappler.com