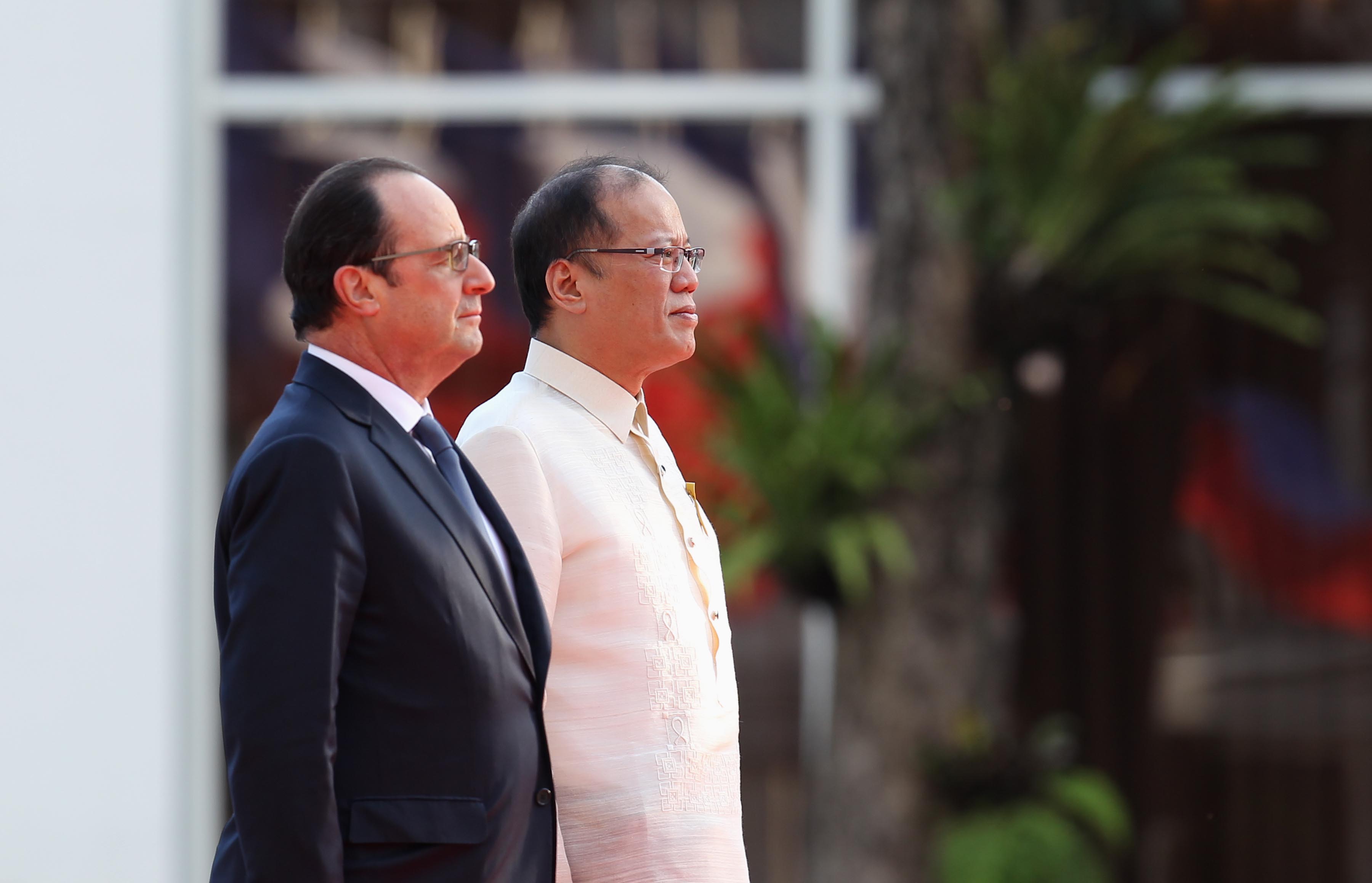 MANILA, Philippines (UPDATED) – The Philippines on Saturday, November 14, condemned the Paris terrorist attacks that killed over 120 people and injured scores of others, as it beefed up its own security in the wake of the incident.

“Terror and brutality have plunged the City of Light, Paris, into the darkness of horror and grief. The Philippines and its people stand in solidarity with the people of Paris and all of France, in this time of deepest sorrow and the gravest outrage against the perpetrators of these crimes,” President Benigno Aquino III said in a statement.

“The deaths of over a hundred in the attack on the Bataclan Concert Hall, the vicinity of the Stade de France, and on restaurants in the city center, were atrocities that demand a united voice from the world in condemnation and grief,” Aquino added.

He noted that France has always stood by the Philippines whenever it is struck by disasters such as Super Typhoon Yolanda (international codename: Haiyan).

“We stand with France now, in the firm belief that the light must never dim in Paris,” Aquino said.

Aquino said that on the part of the Philippines, the government is taking the “necessary precautions.” The country is set to host the Asia-Pacific Economic Cooperatin (APEC) summit next week.

“For our part, we reassure our fellow citizens that we are taking all necessary precautions. The PNP is on alert and our security forces are assessing the situation, including the continuing evaluation of our security procedures,” he said. (READ: Philippines vows ‘higher’ APEC summit security after Paris attacks)

Aquino said that “there is no credible threat registered at this time but let us all be cooperative and vigilant.”

“The Department of Foreign Affairs will be issuing updates on the situation in Paris and has been directed to render all necessary assistance to our countrymen in France,” he said.

According to Malacañang, the  DFA has not received any report of Filipinos who have been hurt in the attacks.

Deputy President Spokesperson Abigail Valte said in an interview with state-run dzRB that Philippine embassy officials in Paris are ready to assist any Filipino citizen requiring help, and urged them to cooperate with local authorities.

“At a time that demands heightened security from all of us, we ask Filipinos in Paris to heed the instructions of the authorities and for all of us to cooperate and be vigilant here at home,” Valte said.

The Philippines is hosting the Asia-Pacific Economic Conference summit in Manila on November 18-19, to be attended by US President Barack Obama, and other leaders of APEC economies. (READ: APEC what? An explainer on Manila’s high-profile week)

Philippine authorities have cited security concerns as the biggest challenge in preparing for the summit.

Vice President Jejomar Binay, the opposition standard bearer, said in a statement that he was “deeply shocked and saddened” by the incident. “Our thoughts and prayers are with the people of France,” he said.

He said that the tragedy should remind the public that their vigilance can help avert such attacks.

Senator Gregorio Honasan, Binay’s running mate, said in a separate statement that the Paris attacks is a “painful wake up call that terrorist attacks can happen to anyone, anywhere” and echoed Binay’s call for vigilance, as well as unity and cooperation among the public and their leaders.

“These cowardly attacks, while it exposed the evils of men, will surely test our resolve to collectively fight terrorism and demand justice for the victims,” Hataman said.

“But peace-loving people of the world should not be weakened by trials such as these attacks as we all should remain faithful to the goodness of people and for the great possibility of peace to rule above us all. These tragedies should not defeat us. Let us not allow that,” he added.– Rappler.com