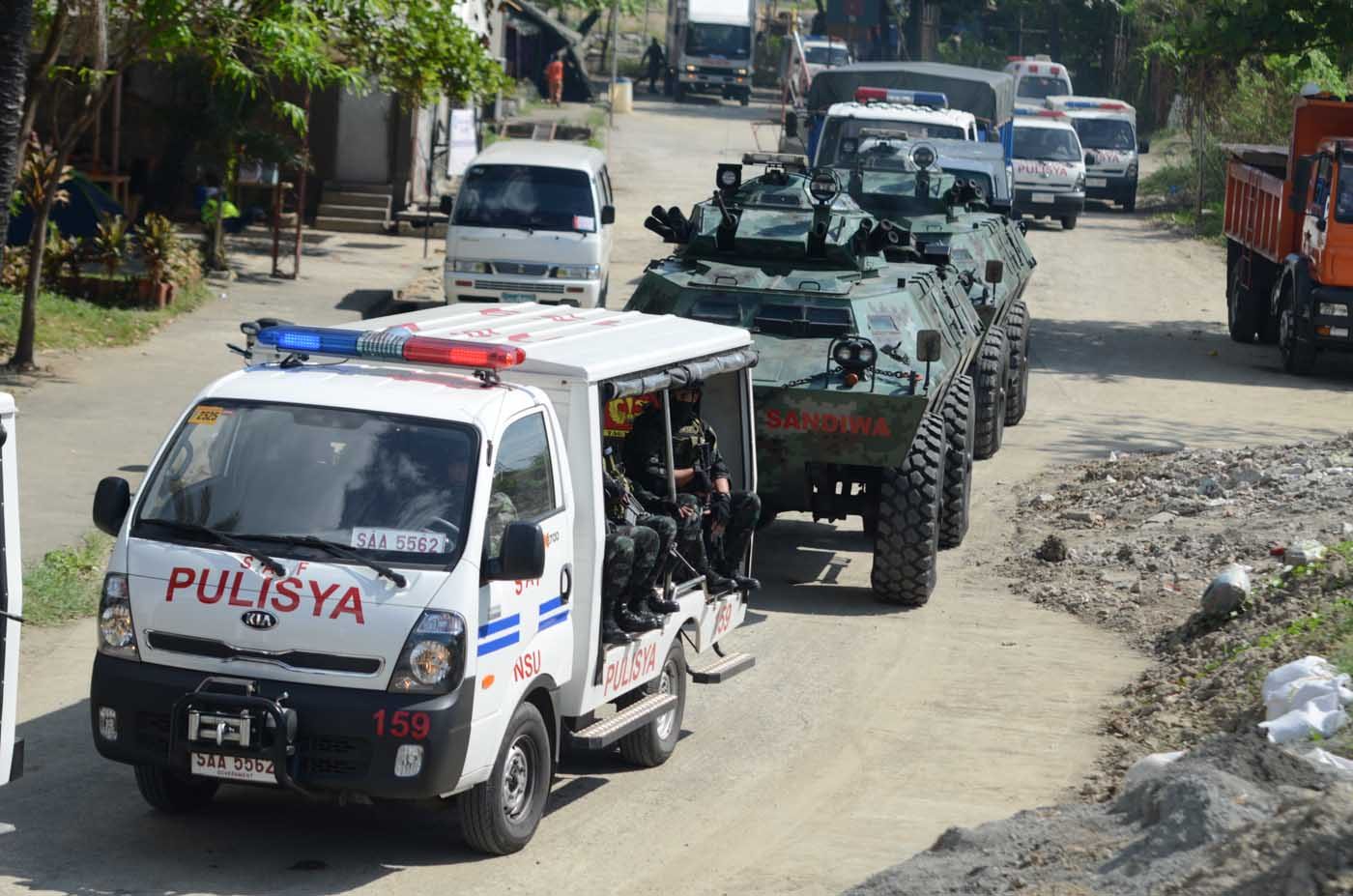 MANILA, Philippines – The commander of the security Task Force for the Asia-Pacific Economic Cooperation (APEC) in the Philippines said he was “confident” the country would be able to deal with the security challenges of hosting a meeting of economic leaders, amid heightened security concerns after a terrorist attack in Paris, France.

“Our security plan for the APEC summit includes security plans for a terrorist attack. We were instructed by [President Benigno Aquino III] to prepare for a worst case scenario,” Director General Ricardo Marquez, chief of the Philippine National Police (PNP), told Rappler on Saturday, November 14.

The city of lights was under siege late Friday evening (Saturday morning Philippine time) after a series of seemingly sychronized attacks throughout the city. Paris has since been placed under a state of emergency in a suspected terrorist attack that claimed the lives of more than 100 people.

The attack happened a few days before the first world leader flies into Manila to attend the APEC Economic Leaders’ meeting.

Palace spokesman and APEC communications head Undersecretary Abigail Valte said Aquino convened the cluster to make sure “that all our plans have taken into consideration contingencies.”

Security officials led by Marquez have been planning for the APEC meets since late 2014.

No major changes in security plans were made after the meeting, according to Valte.

“When you have prepared for quite a long time, your only concern would be [whether] the people you put on the ground would deliver as trained, as prepared for…we remain confident that we could weather any security challenges for our APEC hosting,” said Marquez.

Saturday afternoon, elite anti-terrorist forces from both the PNP and the Armed Forces of the Philippines (AFP) conducted a Quick Response Drill at the Philippine International Convention Center (PICC), the main venue of the economic leaders’ meet. Helicopters carrying members of the AFP’s Joint Special Operations Group (JSOG) and police jeeps with the PNP’s Special Action Force (SAF) on board converged at the PICC to practice what they would do in the event of a terrorist act.

Police Director Jonathan Miano, deputy commander of the APEC Task Force, said units were able to respond to the “emergency” on time, but said an evaluation would be conducted by security officials later in the day.

Despite world security alerts being heightened, Valte said none of the economy leaders have expressed apprehension over visiting Manila for the APEC meet. “We have always taken great effort, even from the start of our hosting, that we will be doing everything that we are committed to ensuring the safety not just of our visitors, but of our people as well,” she added.

Some 32,000 personnel from different government agencies will be deployed to provide security and emergency response during the week-long APEC summit. Of those, 28,000 are police personnel.

Security preparations in the Philippine have been extensive. Roads will be partially closed down, airport runways temporarily out of service, and work suspended during the summit.

Nobody in the Philippine government is taking any chances. “As the President says, it’s better for us to be overprepared rather than be caught under prepared,” said Valte. – Rappler.com