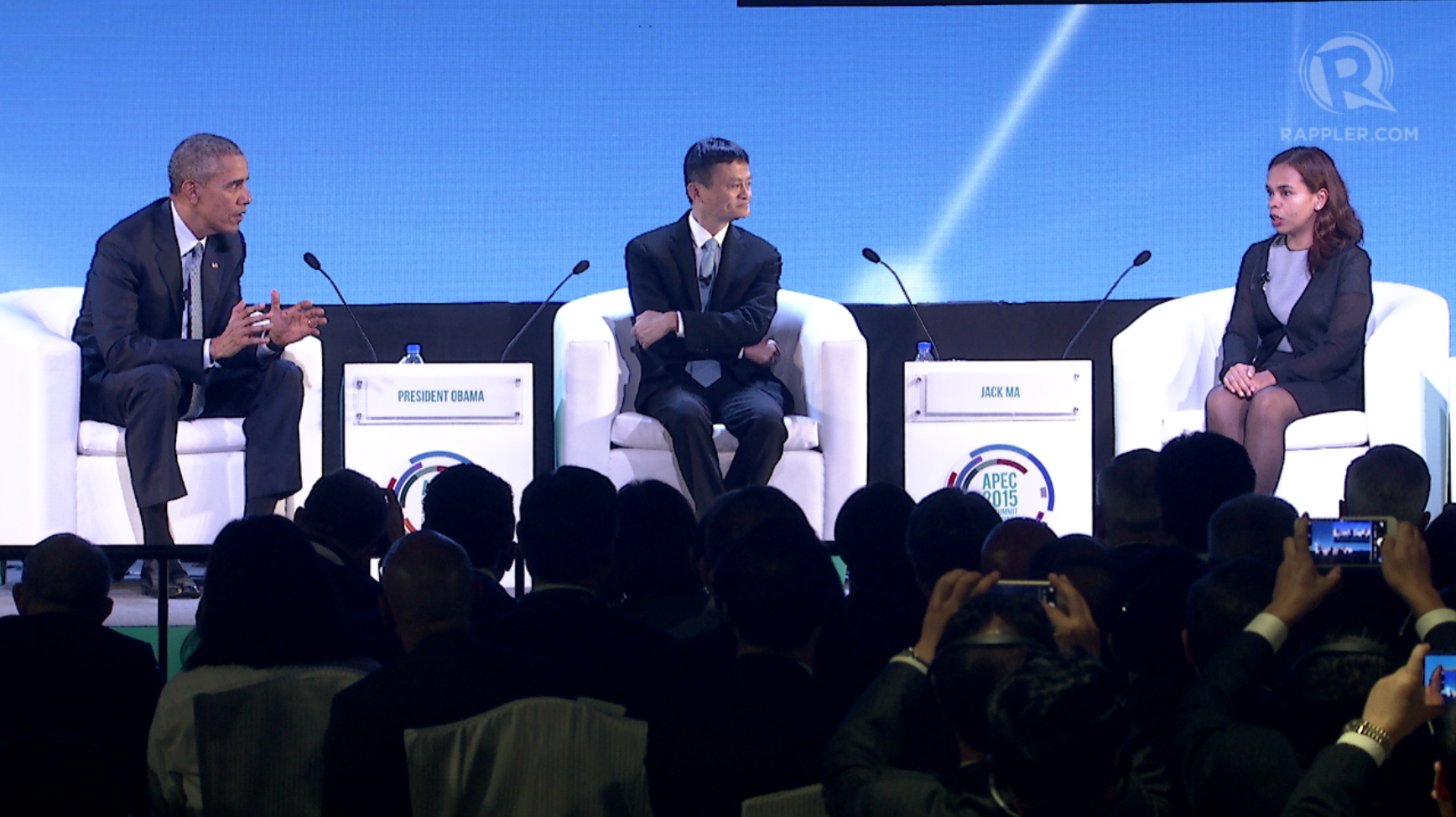 In a last-minute change in the summit’s program, Obama moderated a session after his speech on climate change.

He then asked 31-year-old Mijeno, an engineer and co-founder of SALt, “How can the public and private sector help entrepreneurs like you?”

Mijeno replied: “We’re trying to mass-produce the lamps. We just need someone to fund us to get the project moving.”

The US president then pointed to Ma, who runs the world’s top e-commerce platform, Alibaba, to the crowd’s applause. (READ: Alibaba’s Jack Ma offers to mentor Filipina engineer)

Mijeno told Obama and Ma that electricity or light is a basic need, and “we should address that.”

Mijeno also shared that the SALt lamp uses saline solution or seawater to power up a LED lamp, and can even charge mobile phones with a USB portal.

“What we need is a support system both from the private and the government sector to mentor us, guide us, to help us scale the product or project,” she told Obama and Ma.

Obama replied that the government’s role is to provide tax incentives for producers of clean technology, as well as funding for research and development.

Ma, who earlier delivered the keynote speech at the summit, said their platform is designed to empower small businesses to realize their dreams. (READ: Alibaba’s Jack Ma: Set up world body for small businesses)

He added that they are doing good actions, “but we need to do it in a workable way.”

Mijeno said,”We wanted to address the light inequality gap by focusing on poverty.”

SALt aims to deliver almost 600 lamps to far-flung areas in the country. It also seeks to ramp up production to bring the lamp into the market by early next year.

For this to happen, Mijeno said: “it should be a collaborative effort. We have to be open with partnering and helping out people.”

SALt, founded in 2012 with Mijeno’s brother, Raphael (who serves as the organization’s chief finance officer) aims to eliminate the cost involved in using kerosene or battery-powered lamps and candles in mostly far-flung areas in the country.

She told Obama and Ma that by using seawater, a lamp is able to give 8 hours of lighting power. “And it costs only $6 a year,” she said.

Mijeno and SALt’s efforts have been noticed and awarded by the following: