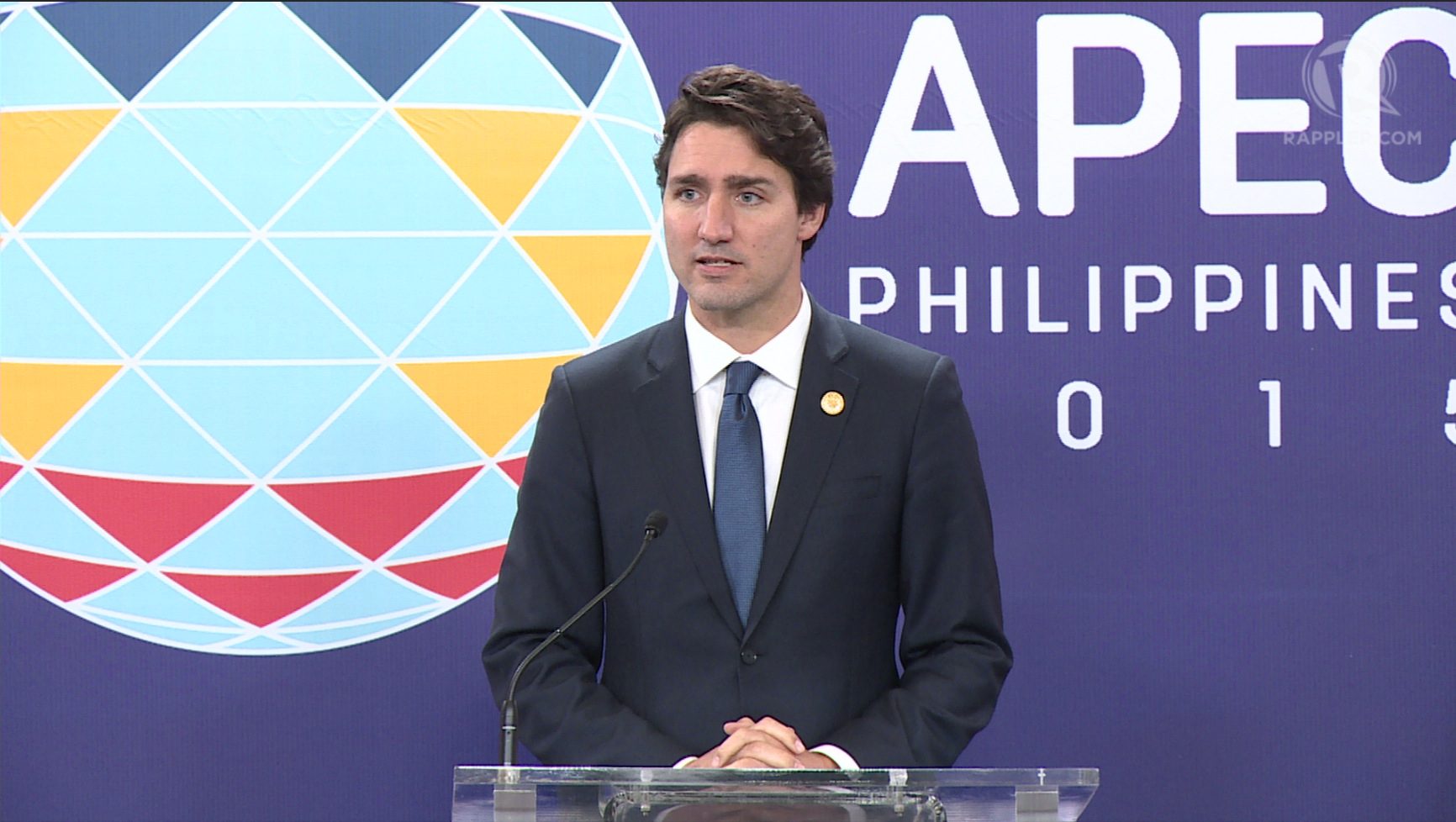 While Philippine President Benigno Aquino III did not raise the issue in his bilateral meeting with Trudeau, the premier was finally confronted with the question in a press briefing with foreign and Filipino media in Manila.

ANC anchor Tina Monzon-Palma asked Trudeau what Canada intends to do with the trash that Ontario-based company, Chronic Incorporated, shipped to the Philippines back in 2013.

Trudeau said he was aware of the issue, and was told that “there is a Canadian solution in the process of being developed.”

“But, at the same time, I know that this has exposed a problem that needs fixing within our own legislation that we’re going to lean into and make sure happens,” Trudeau said on Thursday, November 19.

Pressed what kind of law was necessary, and what will be done, Trudeau was unclear on what Canada will do with the garbage.

“Well, I think, going forward, we need to ensure that if a situation like this were to arise once again that the Canadian government has more power to actually demand action from the companies responsible,” the prime minister said.

He added: “I believe there are loopholes here that were allowed to be skirted that we need to make sure we close, both for Canada’s interest and for our good relationships with our neighbors.” Trudeau is in Manila to attend the Asia-Pacific Economic Cooperation (APEC) summit. Ahead of his arrival, environmental groups called on Canada’s new leader to act on the issue, which happened under the term of his predecessor, Stephen Harper. Trudeau took office only two weeks ago.

The container vans from Canada arrived in batches at the Manila Port between 2013 and early 2014. Misdeclared as “plastic scraps,” the contents of the vans included non-recyclable plastics, household waste, and even used adult diapers.

Some of the vans are still in Philippine ports while others were dumped in landfills. There were complaints that waste juice from the vans posed health and environmental risks.

Trudeau’s response echoed the pronouncements of Canadian Ambassador to the Philippines Neil Reeder.

Reeder has said that while Canadian law imposes penalties on violations of import and export laws, it does not provide a mechanism to compel the return of illegal shipments to the point of origin. (READ: Canada wants its illegal garbage ‘processed’ in PH)

Lawmakers and environmental groups though want Trudeau to order that the trash be brought back to Canada.

They cite the Basel Convention on the Control of Transboundary Movements of Hazardous Wastes. Under the convention, the country responsible for importing toxic waste should return the waste to its port of origin within 30 days of being notified of the importation.

Both the Philippines and Canada signed the convention.

“Your election is a welcome change. The global community is happy to see a forward-thinking leader like you. You say you have formed a diverse and gender-balanced cabinet because it is 2015. I am hoping that Canada takes back its waste because, to borrow your famous words, it is 2015.” – Rappler.com