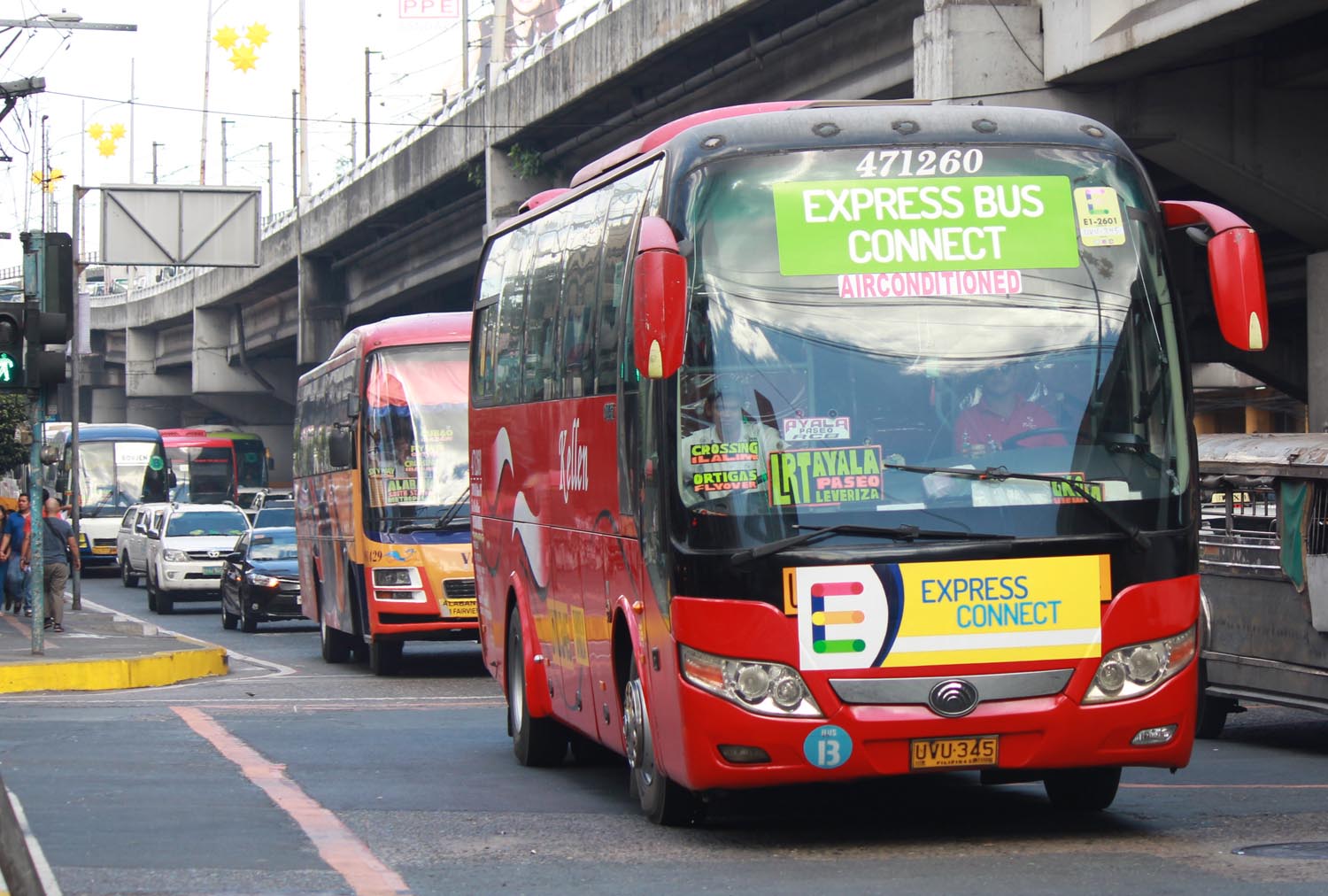 The holiday non-stop bus service is the government’s latest effort to encourage private car owners to take the bus instead of adding to the heavy traffic congestion expected during the holiday season.

The new service was announced on Thursday, December 3, following a meeting of officials from the Metropolitan Manila Development Authority (MMDA), Department of Transportation and Communications, Land Transportation Franchising and Regulatory Board, local traffic bureaus, and Cabinet Secretary Jose Rene Almendras.

From December 5 until January 6, 2016, express buses will be issued special permits and exemptions from the number coding scheme.

Passengers may board the buses from Trinoma Mall and SM North Edsa in Quezon City, and at SM Megamall in Mandaluyong City. The buses will go straight to Park Square Ayala Center, Glorietta 5, and Park Square Terminal in Makati City.

Once inside the Makati central business district, the buses can load or unload passengers along Ayala Avenue. 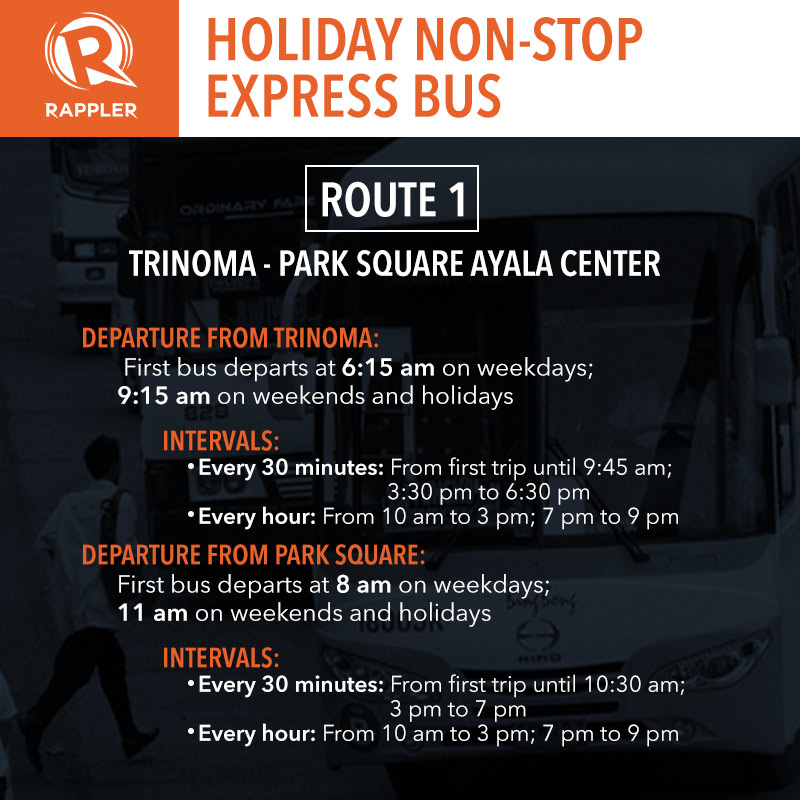 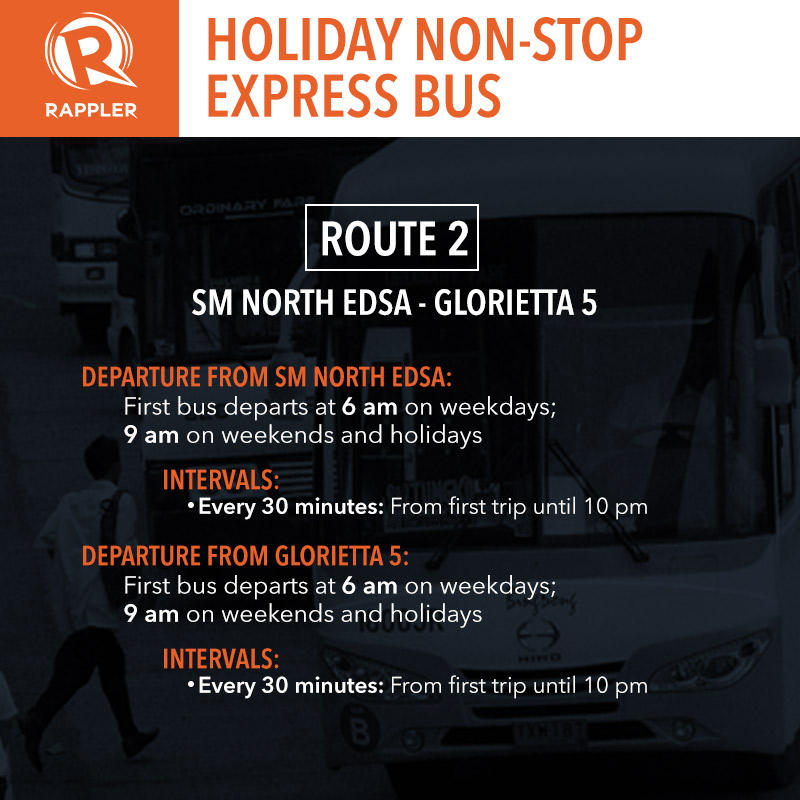 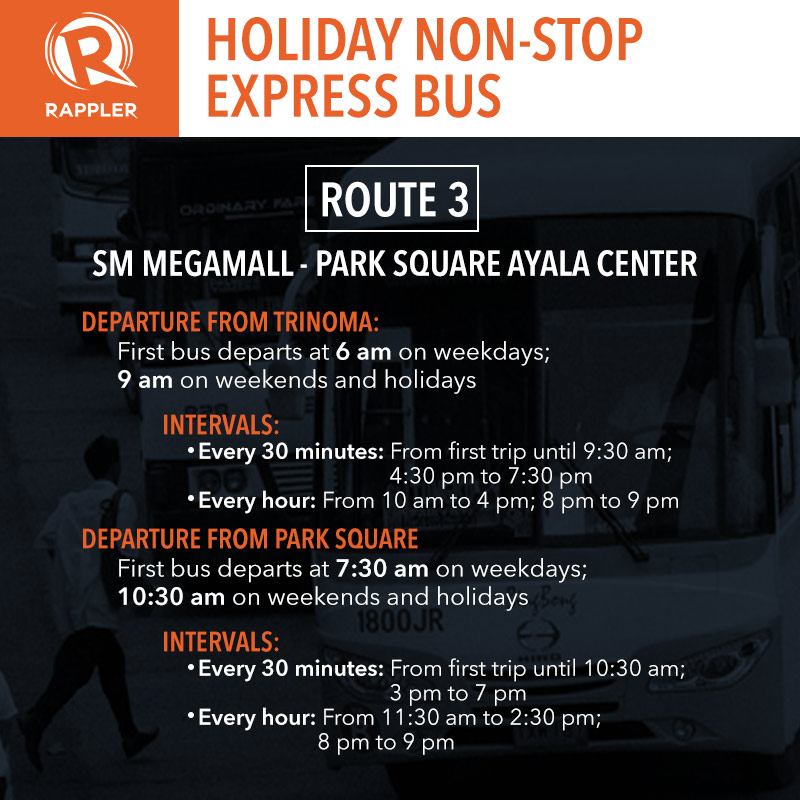 “We want to see a shift in the culture, from a car-riding to a bus-riding public,” he said.

Earlier, the MMDA announced a two-week moratorium on road projects and a manifesto of support with mall operators in anticipation of the holiday rush. – Rappler.com