“Yes it is,” Abad said in a text message Friday morning. “Abaya goes to DOTC.”

Last Wednesday, August 29, a senior government official who spoke on condition of anonymity told Rappler that Roxas appeared to be the choice of LP officials and the party head himself, President Aquino.

For the Liberal Party, Roxas’s appointment to the DILG would “broaden his base” and help him “improve his image,” the senior government official told Rappler. Asked to elaborate, the official said: “It [the DILG post] gives him a fair chance to be competitive” in the 2016 presidential elections.

The DILG has control over local government units and the Philippine National Police.

Asked if indeed the LP decided as a party to appoint Roxas to the position, Abad said: “No formal party process, but recommendations were being proposed.” He added that in the end, “it was PNoy’s choice.”

“Jesse’s memory was a big factor hanging over everyone’s head,” Abad added. Robredo died in a plane crash off Masbate on August 18; he was laid to rest last Tuesday, August 28. 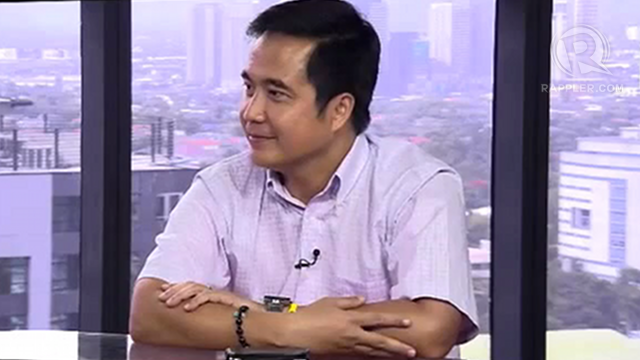 Replacing Roxas at the Department of Transportation and Communications is Abaya, a former Navy officer who is finishing his last term as congressman. Abaya, currently the chair of the powerful House Committee on Appropriations, was earlier seen as Robredo’s likely replacement. No less than Roxas himself pushed for his appointment, telling reporters that given the chance, his choice for the DILG post would be Abaya.

Earlier this week, Palace allies suggested that the Interior Secretary post be given to a member of the President’s party.

House Majority Leader Neptali Gonzales earlier this week pointed out that with the death of Robredo, only two Cabinet members are left allied with the LP. These are Roxas and Budget Secretary Florencio “Butch” Abad.

Executive Secretary Paquito Ochoa, who was designated officer-in-charge of the DILG, was also pushed by Vice President Jejomar Binay as someone “qualified” for the position.

Since Robredo’s death on August 18, speculation has been rife that the rivalry between the so-called Balay and Samar factions of the administration was renewed.

The groups are allegedly lobbying to take control of the DILG a year ahead of the 2013 midterm polls.

The Balay faction is identified with Roxas, while the Samar faction is linked to the Vice President. – with reports from Glenda M. Gloria/Rappler.com