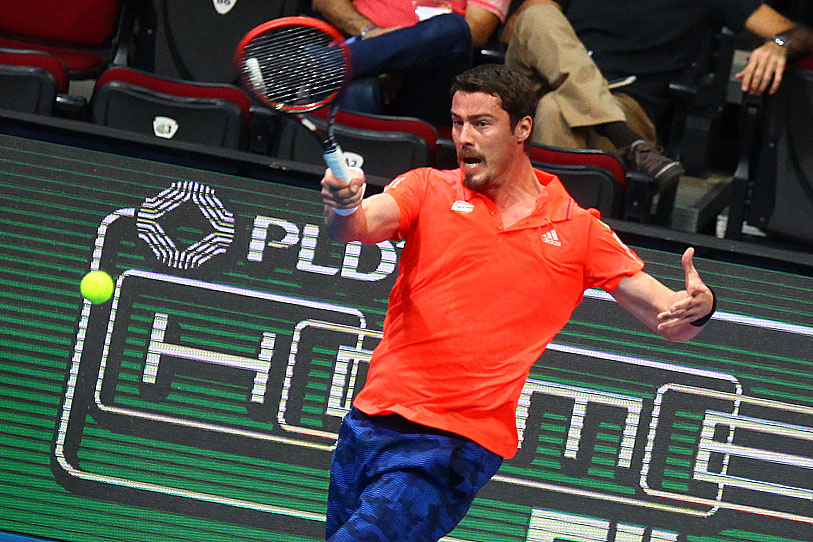 MANILA, Philippines – From one athlete turned politician to another, former world tennis No. 1 Marat Safin has advice for Filipino boxing champion and Sarangani Representative Emmanuel “Manny” Pacquiao who is now seeking a seat in the Philippine Senate.

“Good luck to Manny. Don’t hit anybody in the Senate,” joked the 35-year-old Russian tennis great who is in Manila on Sunday, December 6, for the 2015 International Premier Tennis League (IPTL) at the Mall of Asia Arena. He talked to the media in a press conference conducted after the loss of the Legendari Japan Warriors to the OUE Singapore Slammers, 29-20.

“But I feel he’ll be more effective over there than me because I cannot bring the racket over there. But [he can] use his own hands,” he added, still laughing.

The former two-time Grand Slam champion was elected into Russian Parliament in 2011 two years after retiring from tennis. Pacquiao filed his certificate of candidacy for senator in the coming May 2016 elections. The 36-year-old boxer is serving his second term as representative of Sarangani province in the House of Representatives.

Safin later turned serious and stressed that Pacquiao must “be patient.”

“I think, in my opinion, he’s doing the right thing because these kinds of people can be heard. They can deliver things for the people in the right way. Plus the youth, the young generation, tourism and many others are very important subjects for any country,” Safin said.

“I think he can deliver a lot of things, plus the connections he has and the way people respect him around the world [will prove helpful]. They need people like him to work on the new generation,” Safin added.

Safin, who plays for the Warriors, lost his set to former world no. 1 Carlos Moya from Spain, 6-4, despite a solid attempt at coming back from a 4-1 deficit. – Rappler.com