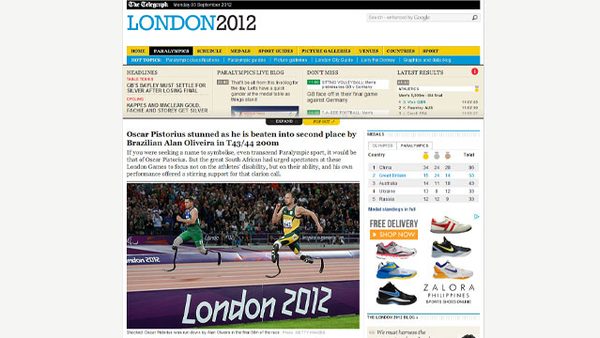 Oscar Pistorius was off to an amazing start at the 2012 Paralympic Games in London. The double amputee from South Africa set a new world record in the heats of the T44 200m race. His time was 21.30 seconds, more than half a second faster than the previous record. But his Paralympic campaign took an unexpected twist however when he failed to clinch the gold medal in the event after a stunning upset by Brazilian Alan Fonteles Cardoso Oliveira in the final. Pistorius was forced to settle for the silver after Oliveria came from behind in the last few meters of the race. Comments made by Pistorius after his loss however drew criticism from fans after he accused Oliveria of using blades that were 4 inches higher than the standard. The 25-year-old made history a few weeks back by being the first double amputee to compete at the Olympic Games.  Pistorius will be competing in the 100m, 200m and 400m events at these Paralympic Games.