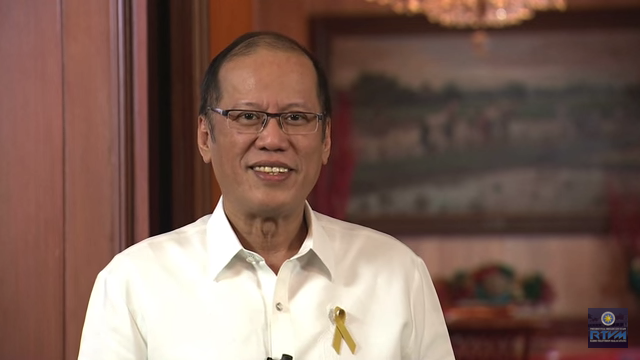 MANILA, Philippines – President Benigno Aquino III repeated a glowing forecast of First World status for the Philippines by 2030, as he issued his final New Year message as chief executive.

In a statement to usher in 2016, Aquino described his “Daang Matuwid (Straight Path)” anti-corruption tagline as a roadmap that would make the country a $1-trillion economy 15 years from now.

“Our country’s soaring economy, robust democracy, and magnified presence on the global stage not only promise a great start to the coming year but also highlight the Philippines’ ongoing narrative of resurgence under the Daang Matuwid,” the President said. (READ: Aquino to businessmen: ‘You ain’t seen nothing yet’)

As he has often done in past speeches, the President also compared his performance to that of his predecessor, Gloria Macapagal Arroyo.

“Just a little more than 5 years ago, we faced a future full of despair and uncertainty; reports of plunder, mismanagement, and corruption dominated our headlines. Today, progress, opportunity, and growth fill news about the Philippines both here and abroad,” Aquino said.

“All these we achieved because of our collective resolve to follow the straight and righteous path – a path that transformed damaged public agencies into stronger, more transparent, and responsive institutions; turned a demoralized government workforce into dedicated civil servants; galvanized an apathetic populace into active, empowered nation-builders; and reinvigorated a sluggish business sector into a major driver of economic growth,” he added.

Economists, though, have said that the Aquino administration failed to address key concerns like underemployment and unrealistic minimum wage – problems which will be inherited by the next president in 6 months’ time. (READ: 4 urgent economic concerns for Aquino’s successor)

Aquino again urged Filipinos to elect officials who would continue his reforms.

“The same thought should guide us as we choose our leaders this coming election: to maintain the upward trajectory of our growth and keep our nation on the Daang Matuwid,” said the President.

But Roxas still hasn’t topped any of the surveys, only ranking 4th in the latest Pulse Asia survey. He is also behind rival Vice President Jejomar Binay and once-potential running mate Senator Grace Poe in the new Social Weather Stations (SWS) survey. – Rappler.com