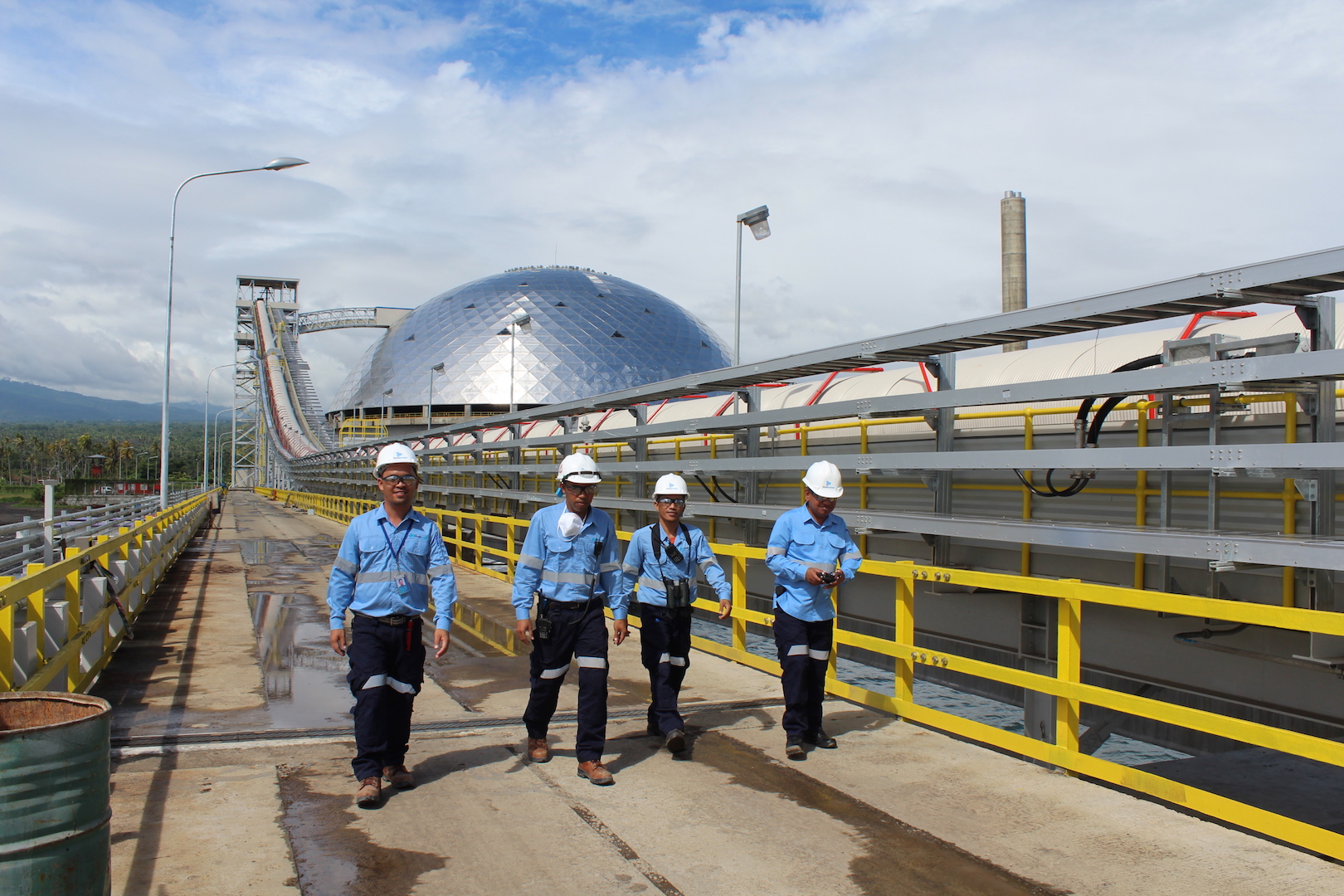 Aquino thanked AboitizPower and TSI for “for being an early believer in the potential of Mindanao.”

He added that the other private sector partners have committed to undertake at least  11 more power projects in Mindanao that will come online between 2016 and 2020. These are envisioned to produce at least another 675.30MW of capacity “which will be more than enough to cover the projected increase in demand for those years,” the President said.

For his part, AboitizPower CEO Erramon I. Aboitiz said the project forms part of the company’s commitment to support the growth of Mindanao.

“Following the project’s groundbreaking and construction, other private power producers have started to invest in Mindanao and we hope their entry in the next couple of years will eventually lead to a steady and reliable supply of power in this region,” Aboitiz said.

He added that interest in the region serves as a strong indication that  the Electric Power Industry Reform Act (EPIRA) of 2001 is indeed working.

Based on a Department of Energy (DOE) briefer on EPIRA, the goals of the law are “to ensure transparent and reasonable prices of electricity in a regime of free and fair competitions and full public accountability to achieve greater operational and economic efficiency and enhance the competitiveness of Philippine products in the global market.”

“EPIRA has positively transformed our power industry from a monopolized, politicized, and heavily subsidized structure into one that is competitive,” Aboitiz said.

TSI, the plant’s operator, is the sister company of Davao Light and Power Company (DLPC), the sole power supplier in the province. It now has a 100-MW power contract with the AboitizPower’s subsidiary unit. 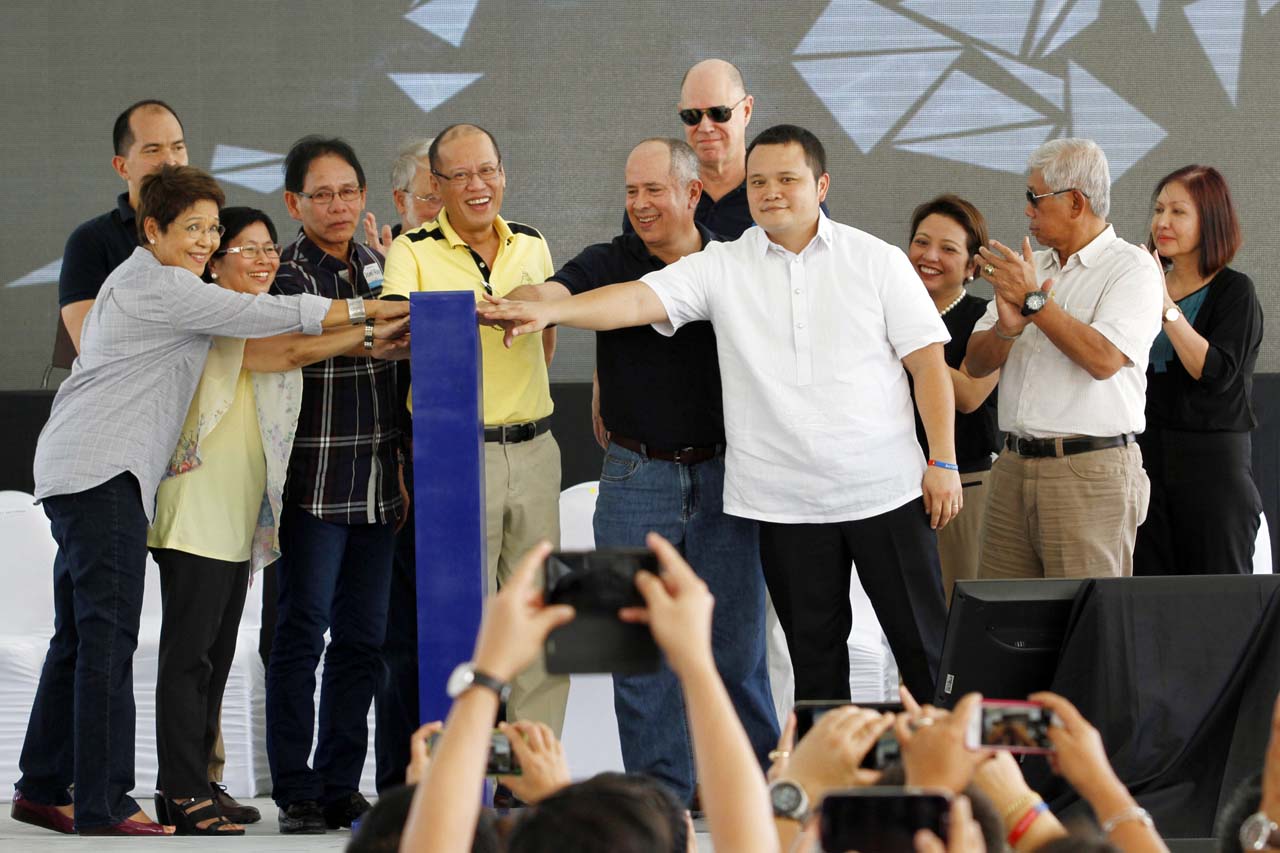 In his speech Friday, Aquino said the power situation in Mindanao has been neglected by past administrations that led to blackouts in the southern part of the country.

Before the Davao baseload power plant, Mindanao sourced more than 50% of its power requirement from government-owned hydropower plants, but such caused seasonal power shortages in Mindanao during the dry months.

As it is not dependent on weather conditions, the Davao baseload power plant can continue to generate power even if Mindanao experiences dry spells due to El Niño this year, and in times of drought occurring roughly once every decade, AboitizPower said in a statement Friday.

The plant also supplies power to the Davao region; the provinces of Cotabato, Sultan Kudarat, Agusan and Surigao; the Zamboanga peninsula; and parts of Bukidnon and Misamis. 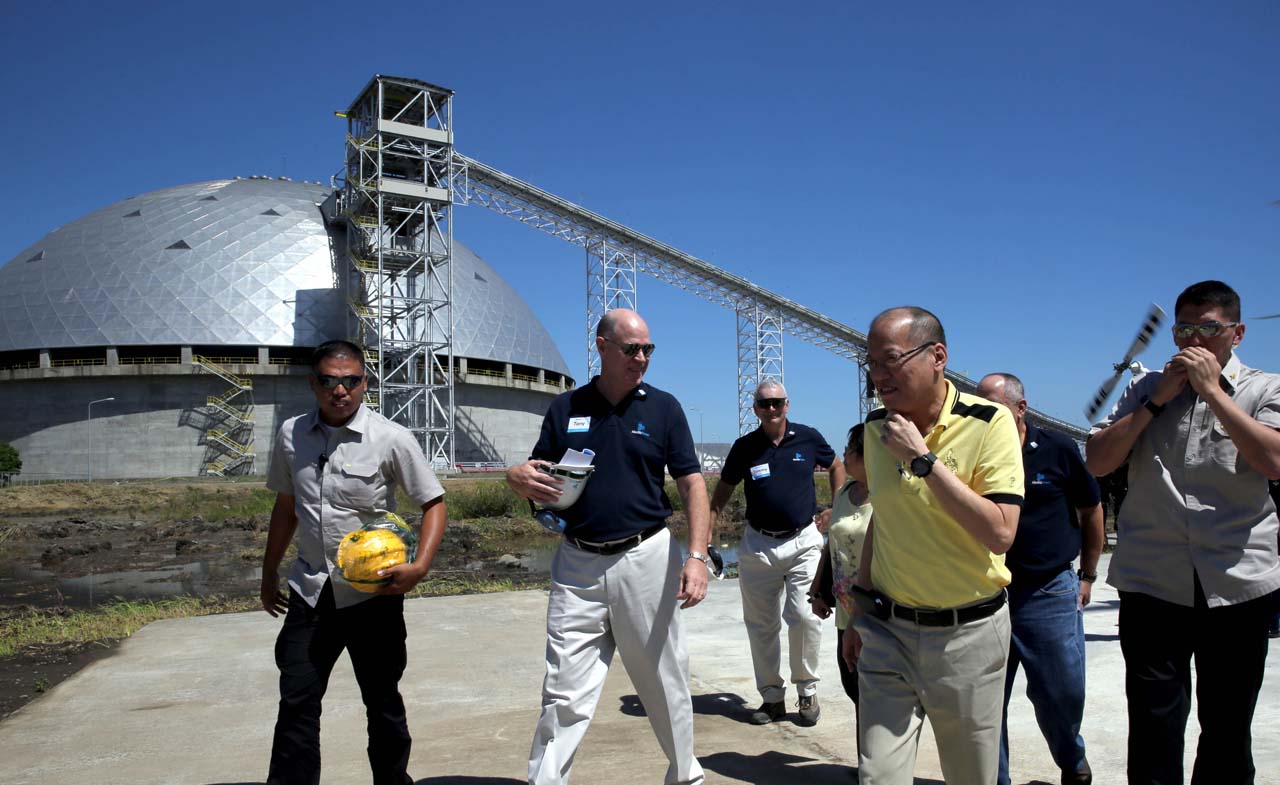 In his speech, Aboitiz assured the public that the plant is “environment-friendly.”

“We have the track record to show that in carrying out our responsibilities in developing and operating these power plants, we have always adhered to high standards of professionalism and integrity and resolutely advances the well-being of our community and the environment,” he said.

In 2012, the city council of Davao, led by then Vice Mayor Rodrigo Duterte, delayed the approval of TSI’s application of land reclassification when he learned that the operation of the plant requires a lot of fresh water which will be drawn from the ground.

The city council then overrode a veto by then Mayor Sara Duterte-Carpio on an ordinance reclassifying the plant’s 24-hectare site into an industrial zone. The reclassification was eventually approved after AboitizPower agreed to plan one millions trees to cushion the environmental impact of the project.

Aboitiz said Davao City has a lot to gain from the plant. “Because of the relatively lower cost of generating power from a coal-fired plant, this will provide Davao City with relatively lower generation rates. This should strengthen Davao City’s position as the most competitive city in Mindanao.”

The plant also uses an Electrostatic Precipitator (ESP), which electrically charges and removes more than 99% of dust and other particles from the effluents. A Continuous Emission Monitoring System (CEMS), connected to the Environmental Management Bureau (EMB), monitors power plant emissions in real time to ensure compliance.

A Multipartite Monitoring Team (MMT), composed of non-governmental organizations, government agencies, and regulators, have  been in place since the plant’s construction stage to ensure that Environmental Compliance Certificate (ECC) conditions are followed and met.

In line with this, the company has established a carbon sink management program in upland Marilog district, in partnership with the Matigsalug indigenous people’s (IP) community. The indigenous farmers are also helping AboitizPower expand and maintain a forest ecosystem area that will absorb a significant amount of carbon emitted by the power plant.

Aboitiz said it took the company 5.5 years to build the power plant and expanding it would be much cheaper and faster. “We already have the existing facilities, but bulk would still have to be invested,” he told reporters following the inauguration.

He added that the company is eyeing to spend around $2.5 million per megawatt. “It’s 10% cheaper. Luckily, we already have the land permit and approval. Hopefully, if we make a decision to build another, it will be much faster,” Aboitiz said.

Despite the baseload power plant’s inauguration, Aquino said his administration has not forgotten its goals of developing renewable energy, and is doing its part to mitigate climate risk.

The President said the country has already increased usage of renewables, which  now make up 33% of the country’s energy mix. It has also reduced the number of illegal logging hotspots by 88%.

He said his administration started a National Greening Program that seeks to plant 1.5 billion trees on 1.5 million hectares by this year. “We did all this even if our nation’s carbon emissions are minimal especially compared to more industrialized countries,” he said.

Aquino said the power supply situation in Mindanao “has made it obvious that we also need more baseload power.”

“After all, while I am a believer in developing renewables, at this point we are still hounded by the questions: What if there’s no wind? What if the clouds are overcast and the solar efficiency is down? What if we do not have enough biomass? Unfortunately, right now, we cannot wean ourselves completely from relying on coal,” he said.

For his part, Aboitiz said the plant will be a reliable complement to Mindanao’s existing hydropower sources.

He said, “our desire to achieve a balanced mix of renewable and non-renewable energy sources is part of our mission to provide reliable and ample power supply at a reasonable and competitive price with the least possible adverse effects on our environment and our host communities,” he said.

AboitizPower is already operating more than 50MW of hydropower plants in Mindanao through its subsidiary Hedcor, which capacity will soon double with the completion of Hedcor’s 68.8-MW Manolo Fortich (Bukidnon) project in 2017.

The company, in partnership with SunEdison, is also set to inaugurate the 59-MW San Carlos Sun (SaCaSun) solar farm in San Carlos City, Negros Occidental, which will become one of the biggest solar power plants in the country.

The company is also set to start exploration around Mt Apo and Mt Sibulan after receiving support from IP communities and local government units. – with a report from Editha Z. Caduaya/Rappler.com