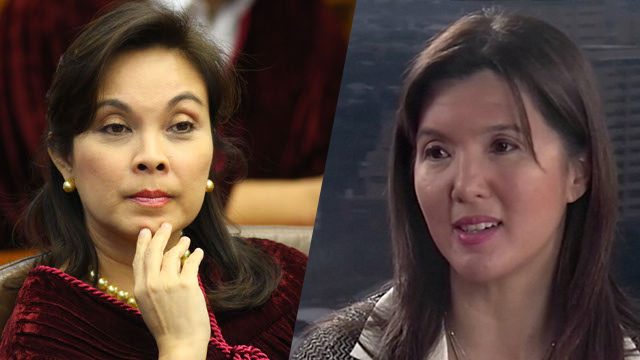 Facebook Twitter Copy URL
Copied
(UPDATED) '[The bicameral committee] disregarded the sanctity of the system. The chairperson is supposed to represent our interest,' but did not, says the principal sponsor of the reproductive health law

MANILA, Philippines (UPDATED) – Senator Pia Cayetano admitted it will be difficult to trust Senator Loren Legarda again after the removal of the P1-billion allocation for contraceptives in the 2016 budget, of which reproductive health law sponsors were not informed.

Legarda, the chair of the Senate committee on finance, repeatedly justified in the past week the removal of the allocation. She said the health department could utilize the fund for the Family Health and Responsible Parenting program from 2015, and the agency’s possible savings that are “more than enough to cover the P1-billion decrease.”

“I would have difficulty [trusting Senator Legarda], seriously. Especially since we have access, we talk about many things under the sun, and this to me is something that I could’ve easily been told about early on, and I was never informed,” Cayetano said on Thursday, January 14, in an interview on ANC’s Headstart.

Other senators did not know about the changes, Cayetano revealed. These included Senator Teofisto Guingona III, who chairs the Senate committee on health and demography. Guingona is also a member of the bicameral conference committee that deliberated on the 2016 budget.

“I can only surmise that Senator Legarda did it on her own, within an executive committee, I don’t know. But it’s so surprising that P1 billion, the entire family planning budget, can be taken out and it is acceptable to the chairperson to do such a thing,” said Cayetano, principal sponsor of the reproductive health (RH) law.

In a separate press conference on Thursday, she said the P1-billion budget cut only became apparent in the General Appropriations Act already signed by President Benigno Aquino III.

The budget cut, she said, is “illegal” and “wrong,” especially since the government has to address the RH needs of 4 million Filipino women. (READ: Pia Cayetano looking into P1-B cut in contraceptives budget)

“Puwedeng gawan ng paraan (We can look for a way), but you won’t see the effect that you’re looking for,” the senator said in the television interview.

Cayetano noted that the P1.67-billion allocation in the 2016 budget which Legarda said could be used to buy contraceptives is intended for other purposes.

She also does not buy into Legarda’s justification that a portion of the P1 billion was realigned within the budget for health facilities since revenues from the sin tax can take care of that.

As for Senator Vicente Sotto III – another member of the bicam and a staunch RH critic – Cayetano said she did not object when Sotto wanted a portion of the budget for condoms removed, but she didn’t know the cut would be this much.

“He also has an issue with condoms. He just doesn’t believe that condoms is the answer to family planning. I believe it is…. Having said that, when he said may ‘papatanggal siya na budget sa condom, sabi ko, ‘Ok fine.’ It was a small amount compared to this, not this,” Cayetano said, referring to the P1 billion.

(He also has an issue with condoms. He just doesn’t believe that condoms is the answer to family planning. I believe it is…. Having said that, when he said he wants to remove a portion in the budget for condoms, I said ‘Ok, fine.’ It was a small amount compared to this, not this.)

On Wednesday, January 13, Health Secretary Janette Garin said they would source P337.5 million from the 2015 budget and rely on assistance from health partners and donors to provide family planning commodities for 2016.

But Cayetano has not yet given up on the P1 billion. She wants it back in the budget, she said, so she “definitely will study” whether to bring the issue to the Supreme Court. (READ: Advocates on RH budget cut: ‘We’ve let our guard down’)

“I’m not a troublemaker, it’s not my intention to wreak havoc on our system, but they disregarded the sanctity of the system. The chairperson is supposed to represent our interest and report back to us accurately and fairly what happened in bicam, and it was not [reported],” she said.

In a statement sent to Rappler on Thursday, Legarda said the whole budgetary process was done “in the most transparent and inclusive manner,” since the proposed changes were included in the bicam report that was unanimously ratified by the Senate.

“It was not a unilateral act on my part but the bicameral committee with the respective technical staff. Congress has the power of the purse under the Constitution, and the Committee on Finance discharged its duty to enact the national budget according to law,” the senator added. – Rappler.com