Lottie Manalo to brother Eduardo: Why are you keeping us away?

Jan 15, 2016 8:18 PM PHT
Facebook Twitter Copy URL
Copied
Echoing the calls of her brother, Angel, Lottie Manalo Hemedez appeals to their older brother, Eduardo, to talk to the family and end the controversy in the Iglesia ni Cristo 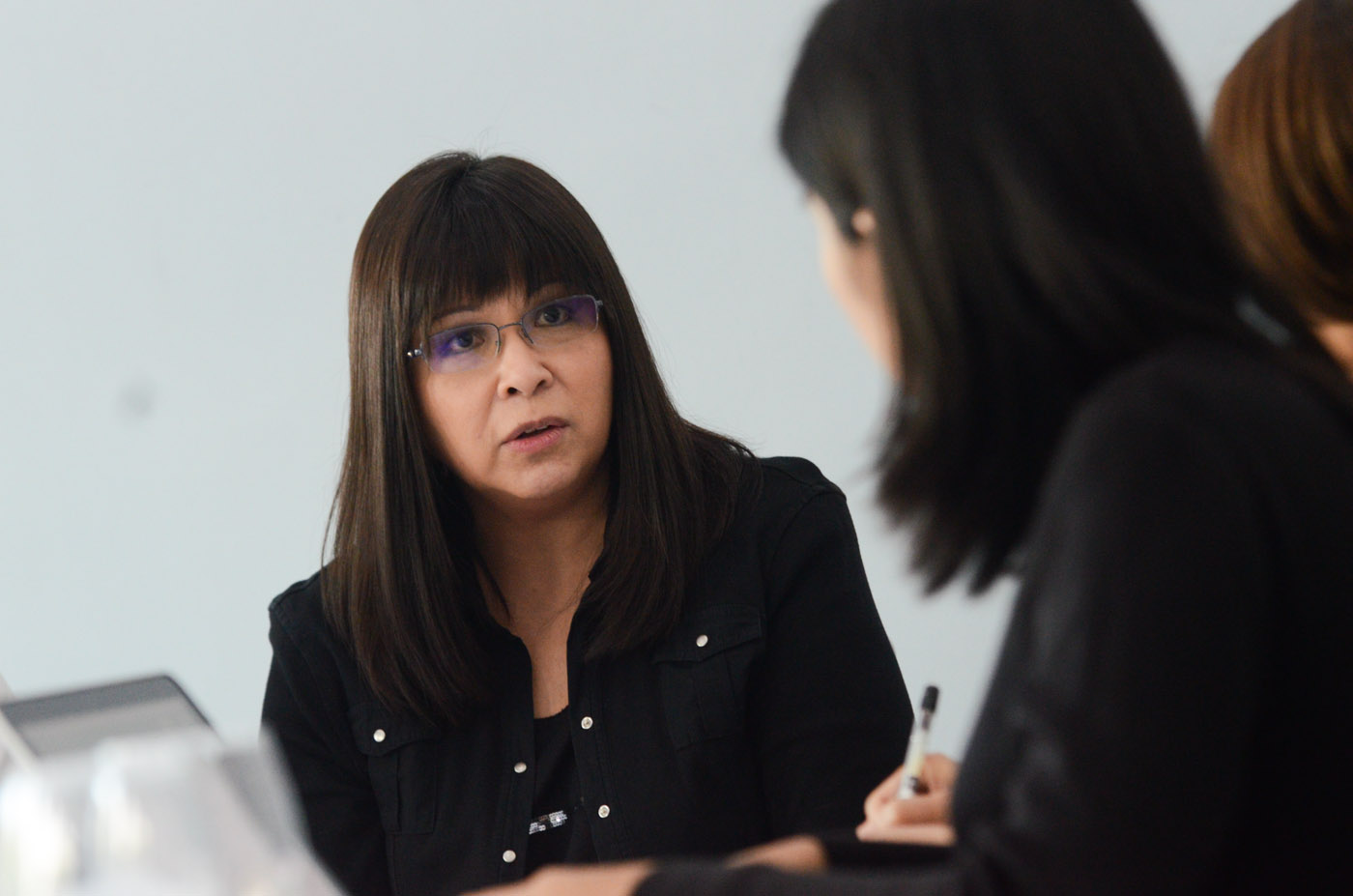 MANILA, Philippines –  For the first time since being expelled from the influential Iglesia ni Cristo (INC), Lottie Manalo Hemedez faced the media to appeal to her brother, INC executive minister Eduardo Manalo, to talk to his siblings and end the long-running controversy rocking the 101-year-old church.

“We want to talk to him to find out the cause of the disagreement between us. We want to know why he’s angry at us. He hasn’t given us a reason,” Lottie said in Filipino during a press conference on Friday, January 15.

Hemedez said she and her brother Angel still do not know why they were being harassed, deprived of their rights within the residence they claim as their own, and denied the opportunity to speak to their older brother.

Lottie, Angel, and Eduardo are among the 6 children of second Iglesia executive minister Eraño “Erdy” Manalo and Cristina “Tenny” Manalo. Eraño died in 2009, leaving his eldest son Eduardo in charge of the 2.25-million-strong church. (INFOGRAPHIC: The Manalos of the Iglesia ni Cristo)

It was after their father’s death that things slowly started to change, Hemedez said. Within a few months, Eduardo began slowly distancing himself from the family, until they weren’t able to talk to him at all.

(Everything slowly started to change when my father passed away. Suddenly there were a lot of things that were prohibited, we could not visit the Central Office. When we ask why, we were told it’s upon orders of the leadership. We couldn’t do anything but follow, but they didn’t give us a reason why.)

“We asked countless times to be able to speak to our brother, but we were always turned away,” she added.

In July 2015, Angel and his mother Tenny appeared in a YouTube video to appeal for help, claiming that their lives were in danger. Eduardo later expelled his own mother and siblings for exposing the supposed death threat and allegedly creating divisions within the church.

Since then, the siblings have cried harassment by the church’s top leaders. Their residence at 36 Tandang Sora in Quezon City is now the subject of competing ownership claims, and electricity inside the compound has been cut off. A portalet and guardhouse blocked the driveway, and fences were put up.

While the INC leadership said these were security measures to protect themselves from unknown masked men seen entering the compound, the Manalo siblings claim these were forms of harassment designed to force them out of Tandang Sora.

It has been 5 years since Lottie last spoke with her elder brother. She said she was puzzled by Eduardo’s silence and distance from them, saying that they used to be close and that he was a “kuya (older brother) in every sense of the word.”

A few months before their father died, Eduardo even promised that he would take care of his siblings.

(My father called us all to him. He was sleeping at the time, and when Eduardo came, my mother woke him up. And when my father saw him, he said, ‘Be there for your siblings.’ And he promised that he would do that…. He said he would keep up our current living situation.)

What triggered the sudden change? Lottie said she still does not know the reason. She also denied that there was a power struggle, or challenges to Eduardo’s leadership that supposedly arose after the death of their father.

Was Eduardo’s wife and her sister-in-law, Lynn Ventura Manalo, a contributing factor? Lynn has been referred to as “Jezebel” by INC members critical of the goings-on inside the church.

Lottie recalled that her father had once told off Lynn, telling her not to “interfere” with the affairs of the church. Lottie, however, did not elaborate, adding that she has “no idea” if Lynn was responsible for the divisions within the church.

‘As long as it takes’

Since their expulsion in July 2015, Lottie said she and her brother Angel have been enduring difficult living conditions. Fences have been put up around their residence, walling them in and forcing them to climb over them to be able to attend court hearings.

Even before their expulsion, Lottie said the family had been harassed and followed by unknown men. It was their concern for their safety, she said, that finally prompted them to speak out and appeal for help.

Despite the difficulties, Lottie is adamant: she would not leave 36 Tandang Sora, despite the INC’s insistence that the property belongs to the religious organization.

Her camp earlier said she owns the title to the property, adding that the INC had falsified a deed of sale that supposedly transferred the lot to the church.

Asked how long she can endure living in a walled-off property, with no electricity, Lottie replied: “As long as it takes.” – Rappler.com